I have not done much fishing over the past few weeks for a variety of reasons, one of which is that the rivers and creeks of my region are swelling with run-off. However, today I had to take my Rokon Scout down to Utah for some surgery and so I thought I'd see how was the water level and clarity of Blacksmith Fork near Hyrum, Utah. If it looked OK then I would try to fish a section for an hour or two. I had my daughter with me and so I didn't want to fish for hours, but she wanted to climb some of the canyon walls and do some photography. So off we went.

I have not fished Blacksmith Fork since about 1994 and that is enough time that some changes have occurred in the lower river. The main change is that the lower dam is gone. The river looked good however. The water clarity was slight off colored but really not too bad for this time of the year. I could tell that the river was up in flow but it was not until I actually entered the water that I could see that it was flowing faster and deeper than I was willing to wade in some spots! When the water is up to your crotch and moving that fast wading can become treacherous! My Simms wading staff was oscillating like crazy! 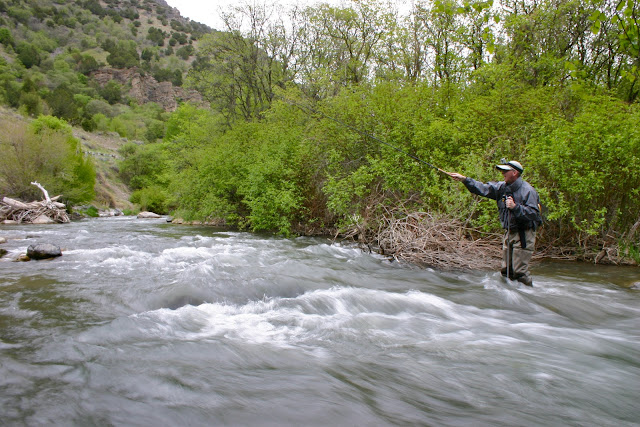 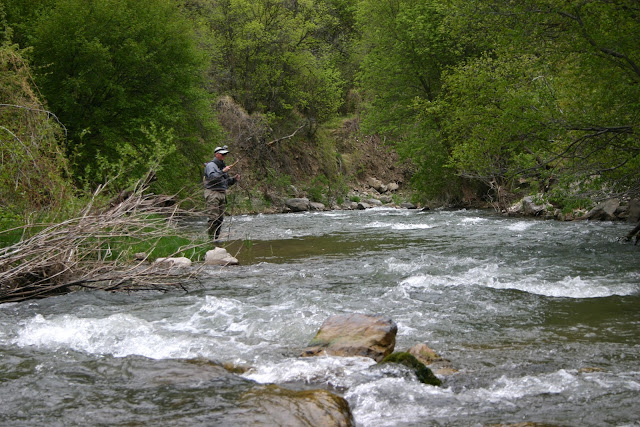 It started to rain lightly about 15 minutes into the wade and since we didn't have any rain gear I fished only for about 1 hour. I hooked three browns ranging from 10-12 inches. Two of the fish took the UKB and one took the UV Prince. Since the water was moving so fast the fish shot downstream in a hurry making the fight relatively exciting. 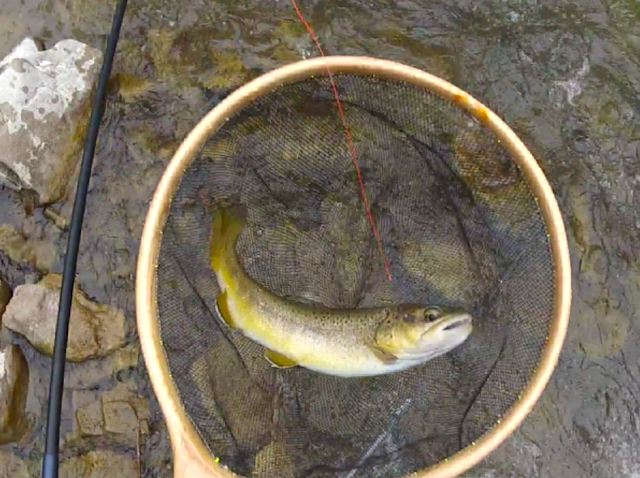 I need to revisit this river in a month or two as it looks promising for tenkara. I just need to remember to bring a stouter wading staff!