I fished two small streams near my home today. Both of the streams have moderate-high gradient with pocket water as they tumble out of the mountains and through tight canyons. Both have sections with tree and shrub canopies interspersed with areas just open enough to cast or fight a fish. Both of the streams are overlooked because of these features, and that is alright with me! This type of fishing is full contact. It is not for the faint of heart or for those that get frustrated easily. It is the type of fishing that I really love.

On the first stream I went with the Tenkara USA 9' 3" Iwana, as this stream can be pretty closed in. I used my standard line but in a #3.5 version and only 9 feet long. My tippet was 4x because I was expecting a lot of snags. My files were the Utah Killer Bug and a purple kebari with peacock collar.

The 9' Iwana worked excellently through the tight sections. I only lost a few flies. I hooked a fish in almost every pocket with either the UKB or the kebari, both flies seemed to work equally well. Most of the fish were native Yellowstone cutthroat, and they ranged in size from mere inches to 12 inches.

After working my way upstream for about a half mile, climbing and slipping over rocks and logs, I decided to head to another canyon about 5 miles north and try a different stream.

This next stream was pretty much similar to the first, excepting that it did have some areas of more open water. For this stream I decided to use the same line, but instead of the 9' Iwana I went with my new Daiwa 10' 2" Soyokaze tanago rod that I had received this week from TenkaraBum. This is an amazingly light rod, but is not a "true" tenkara rod. I guess it is designed to catch really small fish, but I decided that it could likely handle any fish this stream could throw at it.

The Soyokaze's cast is smooth and with just the right action. It handled the #3.5 line perfectly -- I couldn't have been more pleased. Its slightly longer reach than the 9' Iwana was perfect for this stream. I could have fished this stream with a 12' tenkara rod, but I was having too much fun catching fish with the Soyokaze! 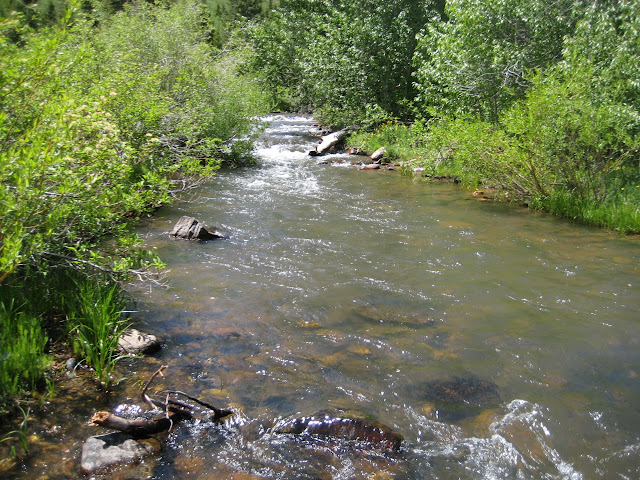 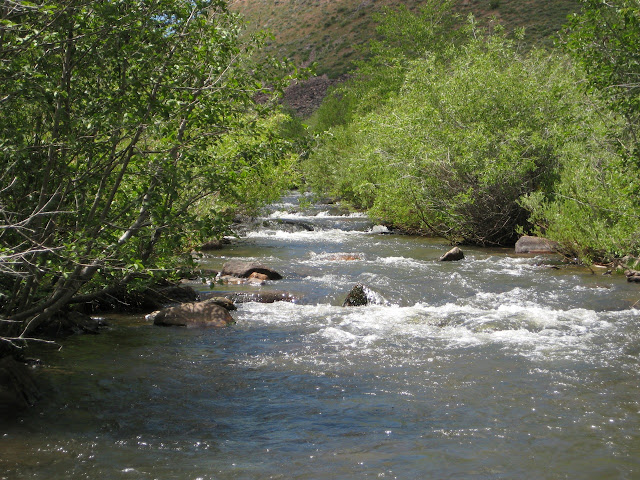 As I stated before, this Daiwa rod is designed to catch small fish, a technique called tanago or micro-fishing. But it handled all the fish I caught, even a 12" rainbow, without any trouble! What a blast! I don't know if what I was doing was tanago or tenkara, but whatever its called it was just pure fun (I know I wasn't really doing tanago, and the Soyokaze isn't really a tenkara rod so I wasn't doing tenkara. Maybe it is just my version of small stream fishing or as a play on words: "Tomkara").  I caught browns, cutthroats and rainbows -- all I needed was a brookie and I would have had a grandslam!


After using the Daiwa 10' 2" Soyokaze today I have decided that it will be my "go to" rod for small streams unless it is too tight, then I'll use the 9' Iwana. Both are excellent rods and fun to use, but all I can say is that the Soyokaze was amazing! Too bad they don't make a 12' version!

An updated impression of this rod, and other rods I have used can be read HERE.