This weekend I wasn't on-call (thanks goodness) so I had a chance to get in some fishing. My trip in involved two different types of waters in two different states.

First was in Utah. We drove there to visit my wife's mother and sisters. After saying hello, I left them to their mother/sisters gathering and I went to the local stream. It is a very brushy, small water that I have been wanting to fish for sometime. I wasn't sure how much water there would be in it, but when I arrived I was pleased to see that there was plenty to keep the fish comfortable.

This stream is so tight that a 9 foot rod just won't work. Therefore I got out my 7 ft 10 inch Kiyotaki 24 and strung up a 9 foot line. I later found out that 9 feet of line was too long, and I trimmed it down to less than 8 feet. 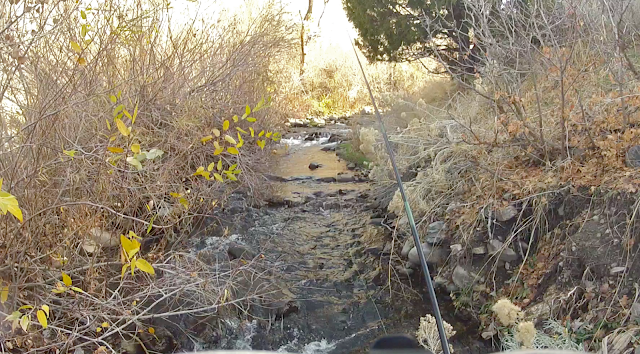 This stream requires a lot of bow casting. The overhead canopy is tight enough that casting is a challenge. The thing I struggle with the bow cast is that, OK, you can get the fly to a really tight fishy spot but when the fish takes to fly you can't set the hook! This happened at least 4 times! I was in such tight places that you could not lift the rod tip or even move it to the side. The fish, in each of these situations, hooked themselves, but since I could not move the rod tip the fish finally spit the hook. At least with a western rod I could have stripped the line to keep the fish on. I'm going to have to rethink using a fixed line method on this stream. BTW, the fish I did take were browns; all about 8-10 inches. They were a blast on that little Kiyotaki rod!

The next water was in Idaho. I went back to the Black Canyon of the Bear River for the first trip of the winter season. I haven't ever fished this water the "normal" time of the year. but I fish it all winter until the spring run-off blows it out. 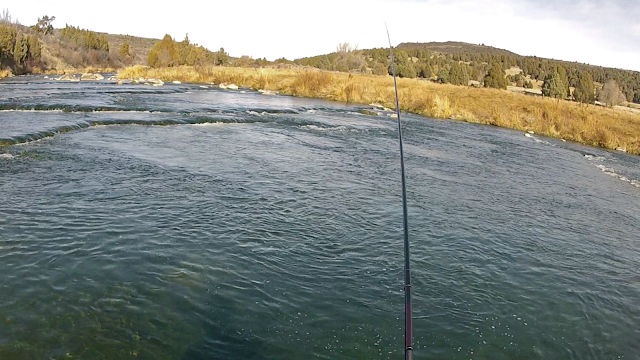 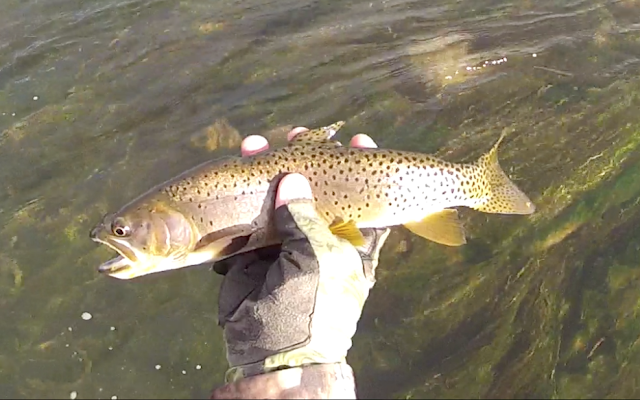 Today, I nymphed with the Hirame -3909 and a short line. The line was 6.5 feet of  #5 HiVis Blue Stren with a bicolor indicator section consisting of 8 inches of HiVis Gold Stren and 8 inches of red Amnesia. To this I attached 2.5 - 3 feet of 5X fluorocarbon tippet. This line worked really well for tight line nymphing. As I would work a certain section of the river I could adjust the depth of my nymphs just by raising or lowering the rod tip. If the water was deeper in a specific spot, like a pool, I could lower the rod tip and let the amnesia slide under the surface, letting the Stren Gold become the sighter or indicator section. If the water became more shallow, then I would keep the Amnesia out of the water and it was the sighter. The overall line length was short enough that I could keep it tight to the flies so when the fish took one of them I easily felt the take. I plan on continuing to use and revise this line to see if the benefits of a multicolored sighter segment hold up. 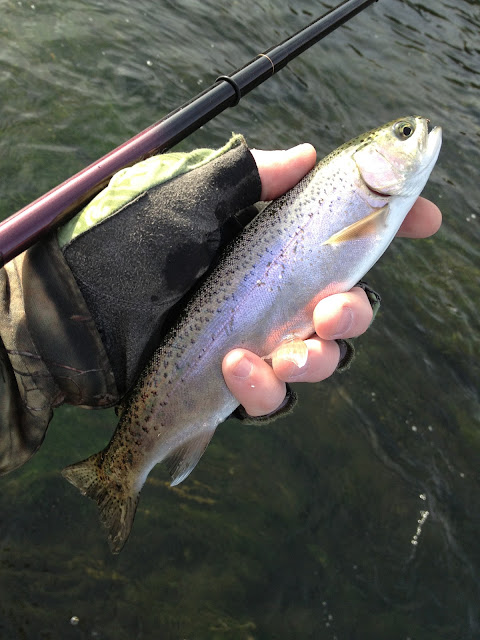 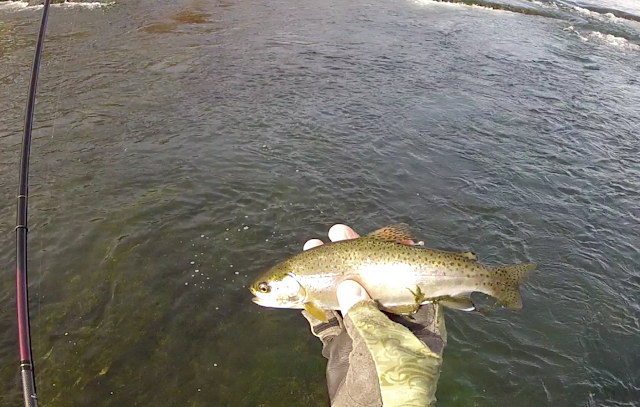 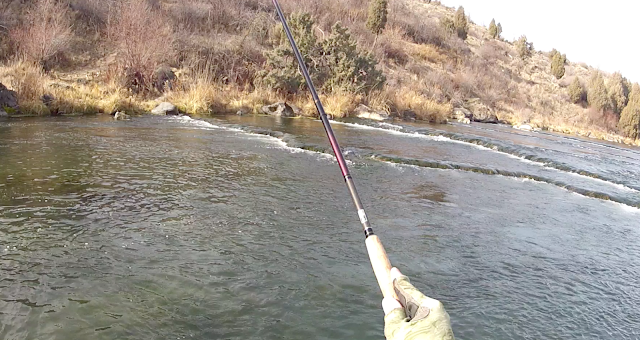 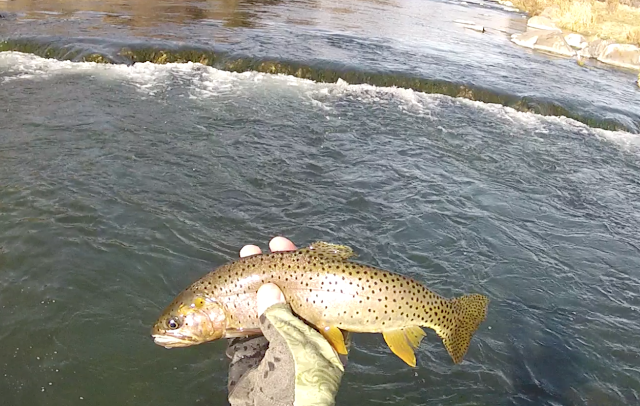 It was a little windy, but it always is on that river. Still, I took many fish in just a few hours. The western fly fishers just upstream didn't take one during the time I was there.

Those were my two different waters. They sure were markedly different requiring different rods, flies, and techniques, but both were fun!!