Friday, I had a few hours until I needed to go out of town, so I went to the river. The day was cold, 35 degrees F, and mostly cloudy. I decided to fish a different section of the river than where I had fished on previous trips. This section is a more traditional freestone stream with none of the lava rock tiers that are seen in the Black Canyon. Here the water runs over gravel beds, around rocks and islands, and has the usual riffle - run - pool configuration common to western rivers.

After working a large pool below a cascade I went upstream. The baetis were just starting to hatch and as I walked I watched carefully for trout noses as they push through the water's surface taking either emergers or duns.

I reached a section where there were a few larger boulders offering protection from the current when I saw the first noses. I had my Daiwa 43M-F and a short 8 foot nymphing line on with a #14 beadhead Prince nymph and a #18 red Copper John. Instead of changing flies I decided to give these a go and see if they would entice the trout to take, even though neither fly looked like a baetis nymph.

I started to work the runs but quickly found out that the water was pretty shallow, only 6-12 inches, making the beadhead snag weed pretty easily. After adjusting my working depth, I hooked a fish which was in only inches of water. He wasn't large, 12 inches, but he was very enthusiastic! 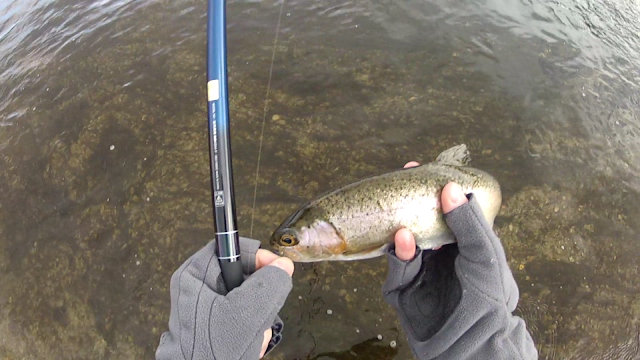 Just upstream was a larger eddy which was formed by a large rock. There were a number of fish rising in the pool, some at the tail out and others near the head. I slowly creeped towards the tail out and worked the nymphs through it. I took a small rainbow on the first cast! 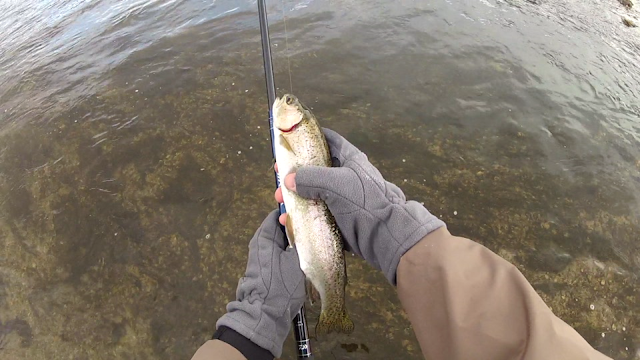 A couple other casts took another fish, this time from near the center of the pool. 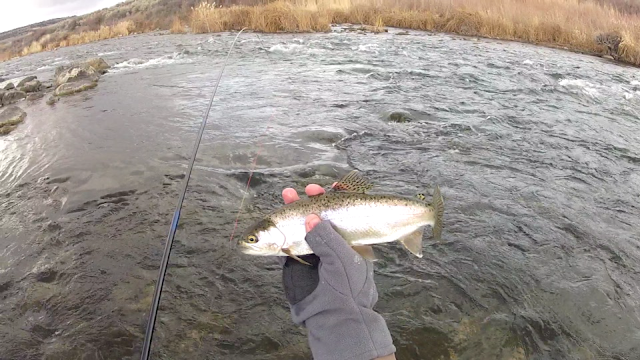 Finally, I could see that there was a larger trout systematically working more near the head of the pool. It would break the surface with its nose so I presumed it was taking emergering BWO. At this point I change rods to the Hirame-3909 and put on a 14 foot #3.5 line with 24 inches of 5X tippet. I change flies to a #20 olive RS2 with a micro foam wing. 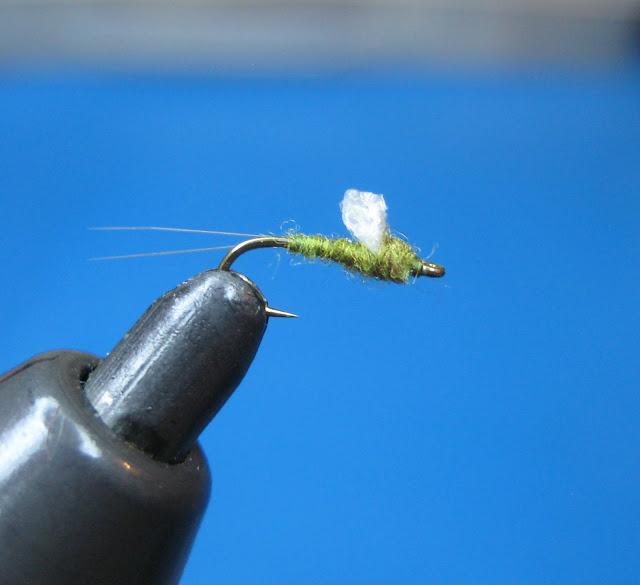 I greased the foam wing and the last few feet of line (not the tippet though) with Dry Magic and cast toward the head of the pool. Because of the Dry Magic I could easily see the little foam wing sticking through the surface. After a few passes the trout rose to take my fly but I pulled it right out of its mouth! Still, thanks to tenkara techniques of a light line, the fish was not put down and I hooked it a few casts later. It was about 14 inches and put up a nice fight. 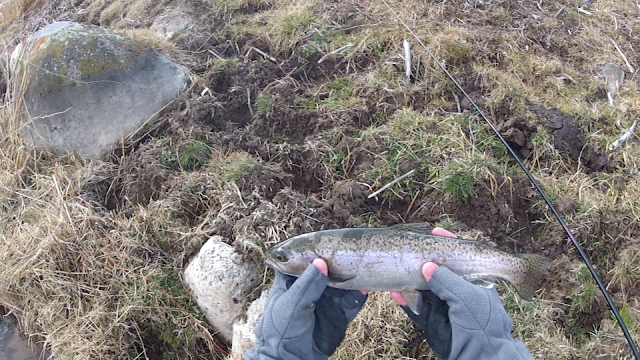 It was time to go home at that point, so I collapsed the rod and head out. It was a short time on the water, but worth it.


Here is a video of the fish caught. I tried to add some features, like showing where the fish were rising,  to make the video a little more interesting. Let me know what you think.