In the spring I usually fish a small river that courses out of the hills three mountain ranges to the west. It is a small river, but really should be called a creek or even a brook. I don't visit it during the summer, mainly because I have many other waters to fish and the little stream is usually inundated with campers.

But Friday there was no one around. It is a bit early in the season for campers so I had it all to myself.

One thing I like about this little stream is that a lot of it flows through cow pasture. The river gradient in these sections is fairly flat. The water is gin clear and the fish can see you coming 30 feet away. The cattle have grazed down the riparian vegetation so for some of its course there is nothing to hide behind or to be concealed. If the sun is out fully even the movement of your rod will make the fish shoot for cover. 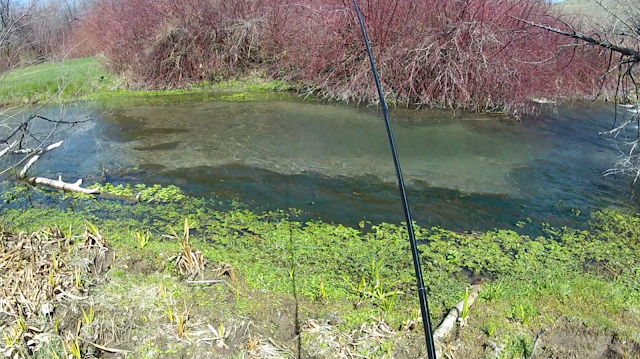 The stream is not known for its huge rainbows; conversely, it is known for its small but wary rainbows. It's a good place to practice stealth and presentation. 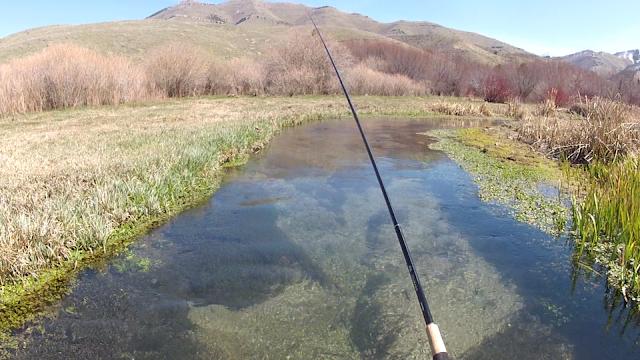 So with this intent I worked the water. Sure, I send many fish scurrying but I still caught a lot -- I guess about 30-35. The largest I hooked was probably 12 inches. I say probably because he got under some logs before I could fully control him  and he broke off. Argh! The rest were 4-6 inches. Some were even teeeeeny at 2-3 inches! Not trophy fishing!

My #3 line still send them running when the fly hit the water -- note to self: I need to practice a more gentle presentation when fishing water that is smooth and clear as glass! When I could find a ripple, even a minimal one, I took them out one after another.

Other portions of the stream have been spared the cattle mower. In these sections the willows and Redtwig Dogwoods are thick -- crazy thick! Getting to the water can be difficult, if not impossible in these spots, and even when you get there you may not be able to cast. I guess this is good for the stream's health, since it creates a unreachable safe haven from whence the fish can hide and repopulate. I suspect there are some pretty nice fish in these reaches but you just can't get to them.

I used the Shimano 34-38 ZL. I'm still not sure I like this rod. I like it when in its 340 cm length, but I wish it was a little bit stiffer in its 380 cm configuration. This is the complaint I had about the Tenkara USA Ito. I know -- I'm hard to please.

I "one fly"'d it today. The fly was a variation on the UKB but it looks more like a wool bodied kebari. It has a gold wire tag, wool body, sparse black hackle (perpendicular to the shank) and a red head. I used it in a size 12. 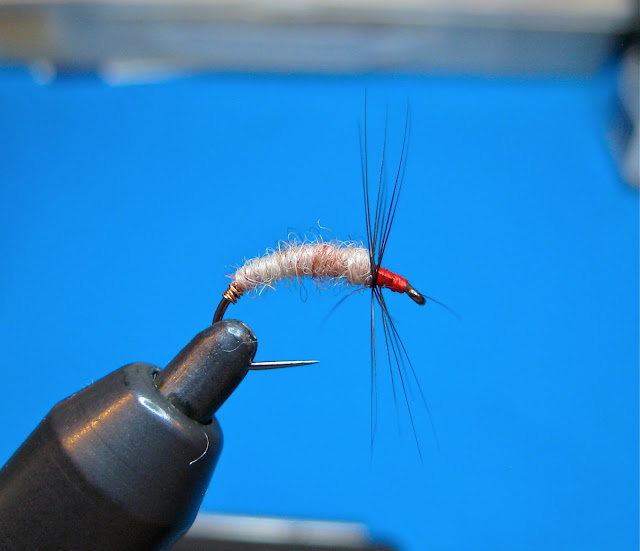 Although none of the fish were very large I did have a great time. I'll likely be back again next spring to harass these little wild trout.

Here's a video from the day: