I recently received four furled lines from Oleg at Tenkara Times. If you've followed my blog for a while you will know that I don't generally fish with a furled line; I prefer level lines. However, I really enjoyed these four lines from Tenkara Times.

These lines from Tenkara Times come in beautiful packaging. Each line has a Gyotaku print package -- brown trout, rainbow trout and grayling represented. These are really nicely done and look professional. 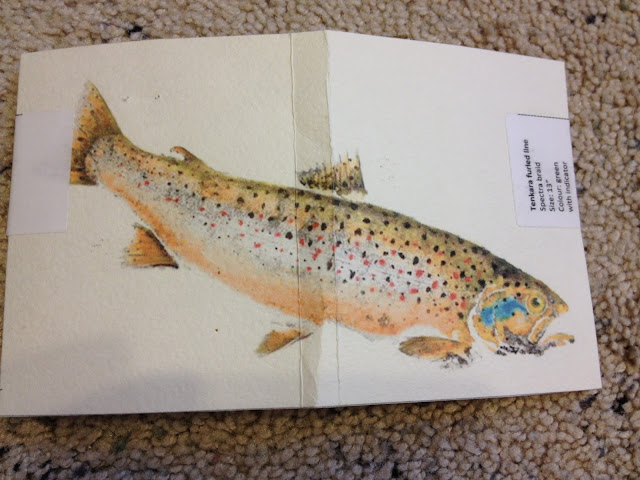 The four lines I have are: Nylon monofilament 13', Uni thread 13', Kevlar 13' and Spectra 13'.  All of these lines cast wonderfully but each has its own character. Its hard for me to describe the difference between lines, but each casts and fishes slightly differently. Personally, I don't really prefer one line over the other. That said, the time I do use a furled line is when I fish dry flies with a long tippet. For this I prefer a mono furled line due to its ability to float better than other materials. I often grease my furled lines but not always. The mono line, greased or not, seems to float much better than the others. 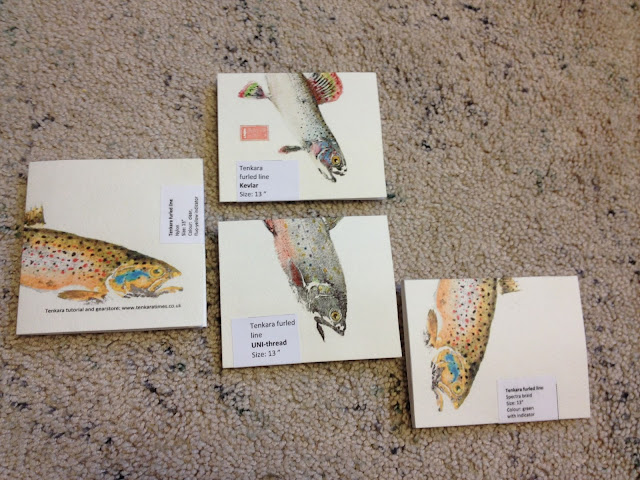 If you like fishing with furled tenkara lines, then consider the lines from Tenkara Times. I have used furled lines from many manufacturers and the Tenkara Times lines are right up there with the best of them.