I got a chance to get away and fish Wyoming for the first time this year. Most of the Snake River tributaries in and around Teton National Park don't open for fishing until July first, so to protect cutthroat trout spawning. I often hit the tributaries soon after the opening, but this year I couldn't. This past weekend I decided to try new waters.

I often fish the same rivers and the same reaches until I have a thorough knowledge of the fish lies as they change through spring, summer, autumn and winter. But I was determined to try some new creeks.

I had hiked some earlier this spring, during run off, so I knew where to go, but I wasn't quite sure what I'd find after July first, when the waters begin to return to normalcy. It was with this sense of excitement, of slight trepidation, that I headed off into the wild.

The first creek I went to had changed dramatically. During run off, it was booming. Now, it was very small and slightly turbid. Clearly it is mainly snow melt fed with very little spring water contributing to its flows. I caught a few very small Fine Spotted Snake River cutthroats. The largest was 3 inches. I left after 1.5 hours.

The next creek wasn't much better. I was a little bigger, but not by much. It's waters too were somewhat turbid; I found this disturbing, but maybe is was just from the recent thunderstorm downpours we've been having. Soon after arriving I think I caught the largest fish in the creek; it was 6 inches long! All the others I caught, as I worked my way upstream, were between 3 inches and 4 inches. I also left after about 1.5 hours.  Both of the canyons were very pretty though and would be nice for hiking (on a day when I don't want to fish).

The third creek was much better. It had higher flows, the water was perfectly clear and the fish -- the fish were also much better! This made my day. I love finding new waters that are productive and isolated.

The creek flows through willows and carves deep bend pools that hold trout of all sizes. Also, there is room to get a fly under the overhanging will branches, thereby luring out the hiding fish from their deep and dark refuge.

I used the Shimotsuke Ten with a 12 foot line at first, but I found the 12 foot to be a little to long for comfortable control in the wind that was blowing. I changed to a 10 foot, #3.5 level line with 3 feet of 5X tippet and this seemed to answer better. The air temperature was 87 degrees Fahrenheit and the water temperature was 56 degrees. There was a gusty breeze blowing. Since the day was very bright, and the area was open, I wore my skyward willow camo shirt and sky blue camo neck gaiter and hat. These protect me from the sun and biting flies, and I like to think that they also provide some degree of added stealth when I approach a lie. Maybe they do, but then again, maybe not.

All the fish I took were cutthroats. They were beautiful with very dark red slits under thier jaws. They ranged in size from 6 inches to 14 inches. 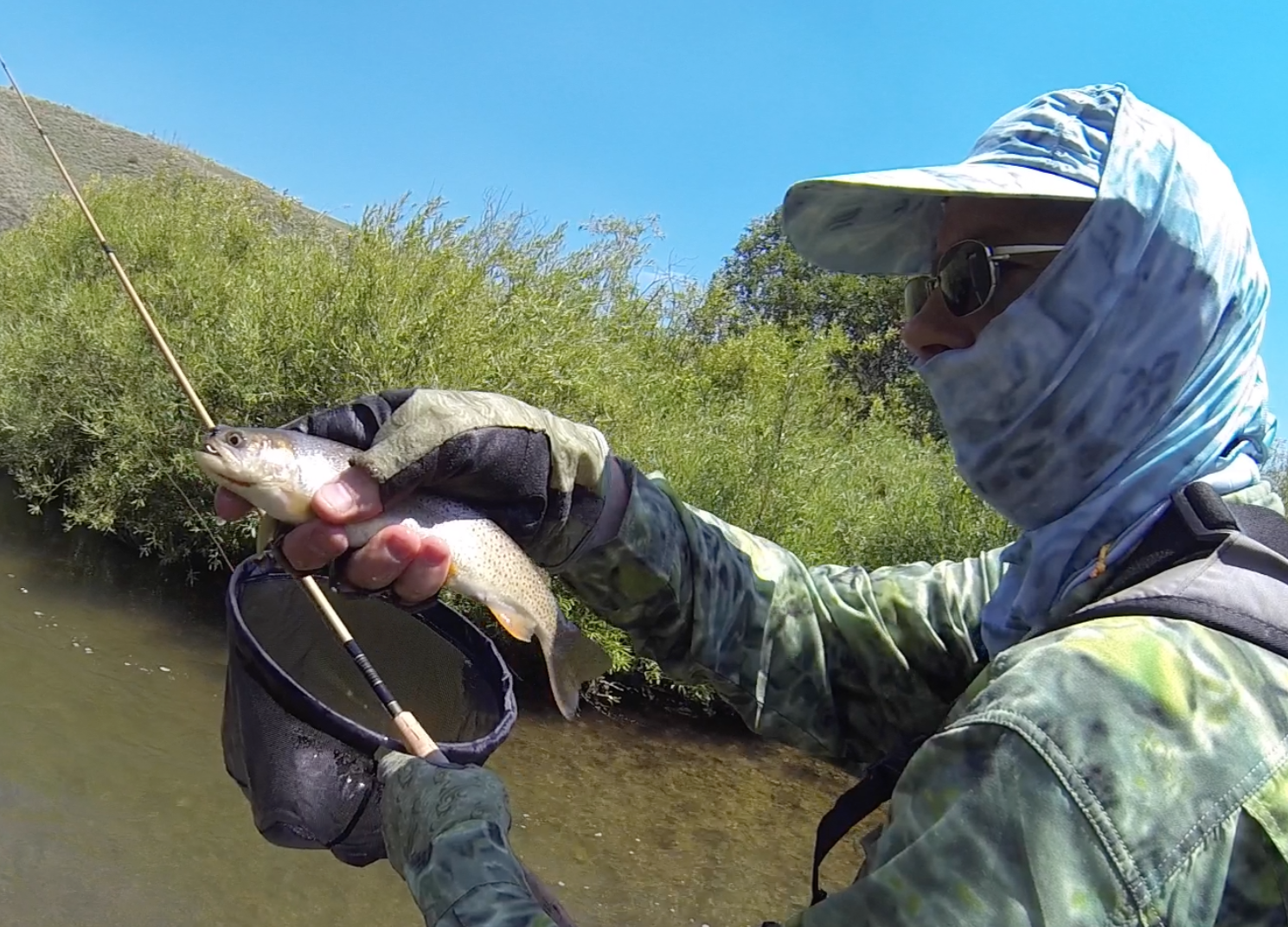 I used a beadhead at first but changed over to a dark kebari. Both were taken readily. I came across a caddis hatch, and the kebari was taken very soon after hitting the water, just under the surface. It was great fun!

Here is a 3rd person video of some of the fish: 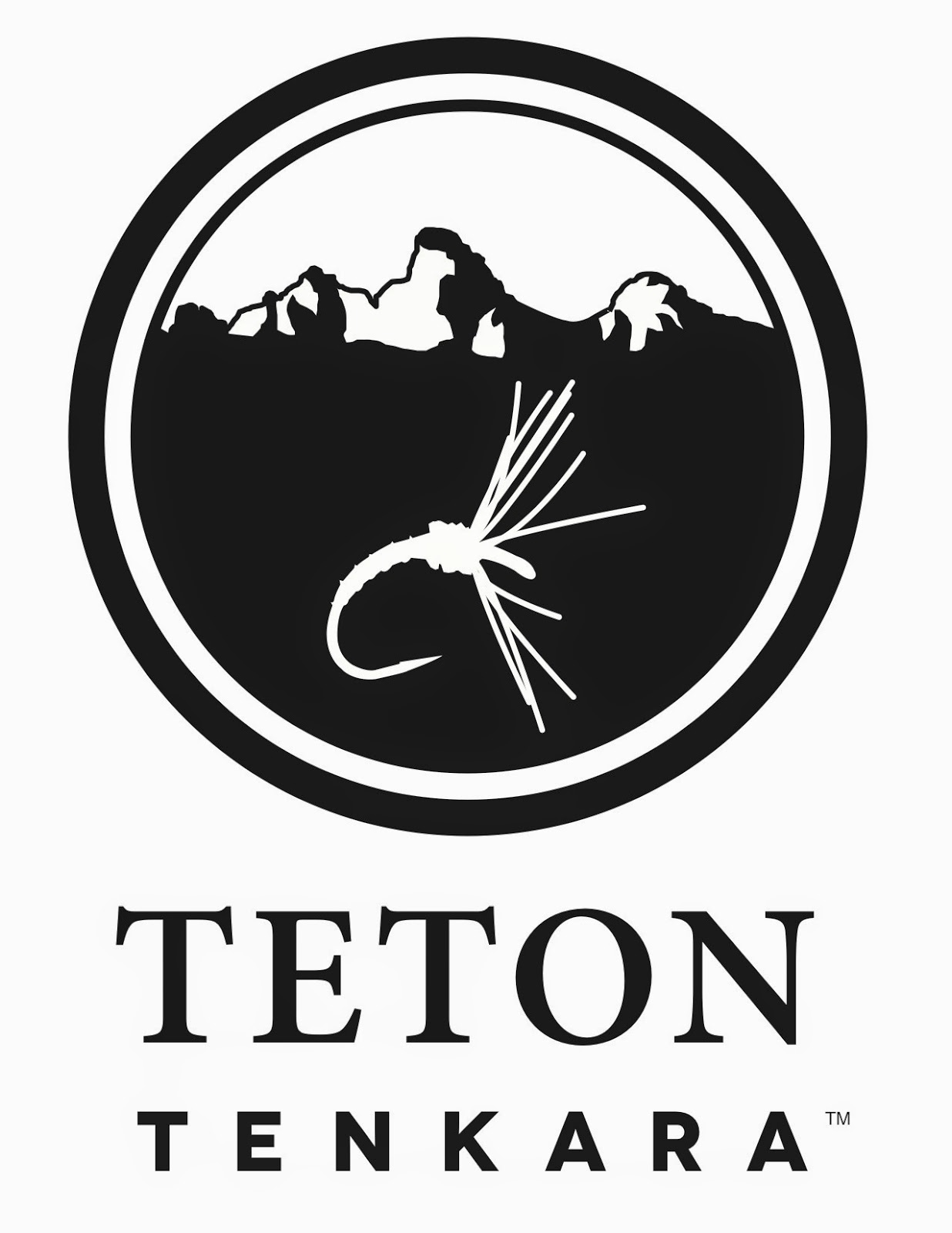