What happens when a salmon meets a Daiwa Sagiri 39MC.....

I recently got back from Oregon where I did a little fishing for coastal cutthroat trout. One of the days I went to a small stream to target 6-8 inch trout; I went with my son in law. Because I was targeting small trout I was using a Diawa Sagiri 39MC, a great rod for small trout.

As we worked our way upstream I thought I saw a larger fish in a deeper pool and owing to the season and location I figured it would either be a steelhead or a silver (coho) salmon. I was wearing my GoPro but I didn't have it on, since all we had been catching were pretty small and unexciting.

The fly I was using was a #12 white Takayama variant sakasa kebari. I had 5X fluorocarbon tippet on (generally 6X is maximum for the Sagiri, but I prefer 5X). 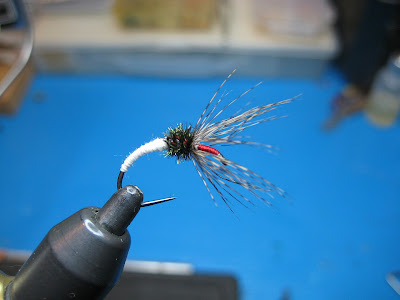 On one cast, directly upstream from me, the sighter hesitated and I lifted the rod tip. Immediately I could tell that I had hooked the large fish -- in the mouth. He didn't seem all that perturbed but as I tried to steer him he started swimming across the pool then downstream. Fortunately, my son in law blocked his path downstream and so he had to swim back up along side of me. As he did I could see that he already had some freshwater deterioration changes to his skin, therefore I believe he was a silver.

He shot by me and headed upstream. Obviously the Sagiri was no match in stopping his run, so I lowered the rod, to take the pressure off the rod and onto the tippet until SNAP, the tippet broke.  Better the tippet than the rod I say.

I turned my camera on just after I hooked him.  Here is the short video (excuse the poor grammar!):


That was a pretty interesting outing; we laughed at hooking a silver salmon on a seiryu rod with a sakasa kebari! 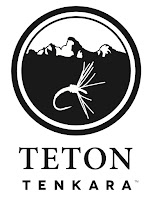