This weekend I decided not to travel to water, but rather, to visit some of the local streams and see how they are fairing. Two of the little streams I visited were higher and off-colored; a testament that the spring run-off has begun. I hooked three cutthroats but I did land them. I did loose a lot of flies to the trees though! Thanks goodness they were just UKB; it takes all of 60 seconds to tie one up!

Another challenge was the wind. We had a cold front come through and the winds were about 20 mph with gusts to 30 mph. Since I wasn't catching much in the little streams I decided that it would be a good day to test the Tenkara Times Titanium line. It is reported to be good in the wind but I hadn't yet fished it. Today was the day. If 30 mph gusts won't challenge a line, I don't know what will!

The water for the test is wide open and flat. The current is slow. Since there are no trees or shrubs to act as a windbreak, the wind was uninhibited. I used the Seikei in 390 cm mode to cast the line.

The Tenkara Times titanium line comes on a small EVA-foam spool. The line I was using is 13 feet long; I have an 11 foot as well. There is a loop for attaching to the lilian via a girth hitch. I don't care for this since my rods don't have knots in the lilian and to use a girth hitch I have to tie one. The line itself is very small diameter titanium wire. It is not sharp. Running it through your fingers its not any sharper than monofilament or fluorocarbon line. The terminal end has 60 cm of Hi-Vis yellow monofilament nylon line. This ends in a large loop. 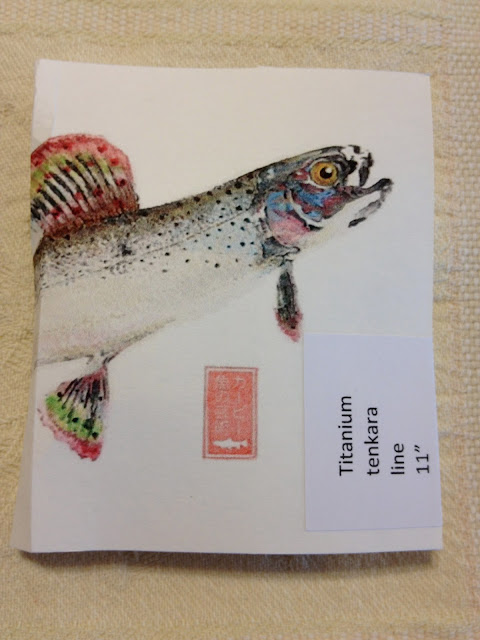 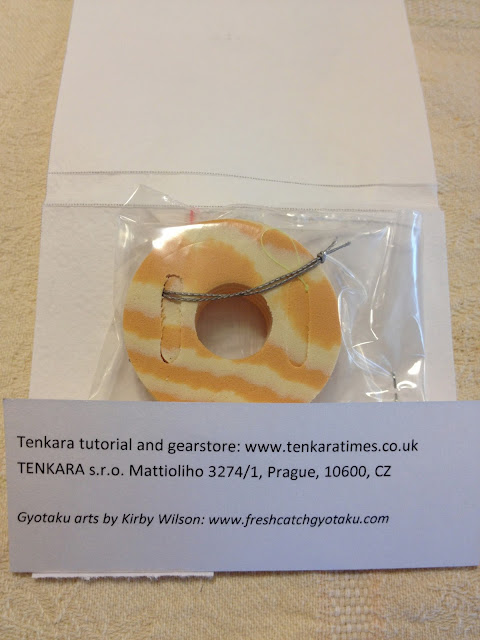 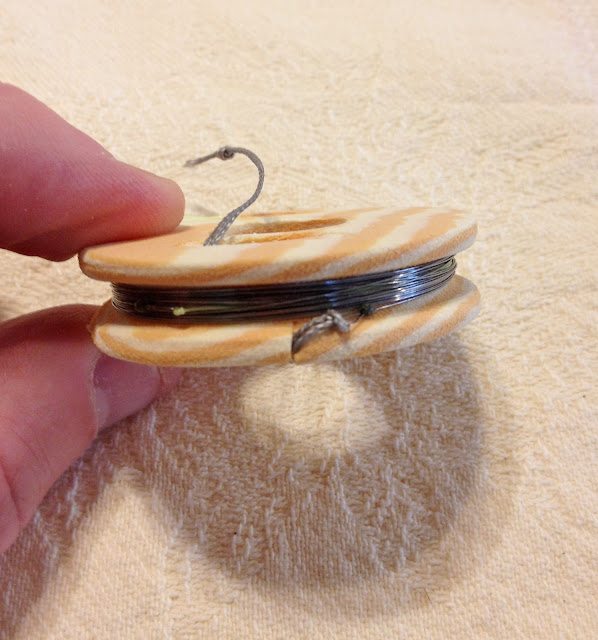 I tied 3 feet of 5X fluorocarbon tippet to the loop and started the test.

The line casts very well, even in fast and blustery wind. I must say I was pretty impressed! Casts were straight and laid out well. I tested casting directly into the eye of the wind as well as varying angles to the wind. This line did well at all angles. As a side note, the line is very hard to see against the background of the river, but the mono section does help quite a bit.

Still, despite its great casting properties the titanium line would "kite" just like any other line in the wind. The wind would pick up the line and move the fly, even though I was keeping the Hi-Vis portion anchored to the water. I think I would not have had such as issue with this except for the speed of the wind. But to combat the wind speed I tied 2 feet of floating Rio Powerflex shooting line onto the end of the Hi-Vis mono to make a more firm water anchor. I then tied 3 feet of the 5X tippet to the anchor. This worked much better. Not only could I cast in any direction and have the line lay out perfectly, but I could anchor the line on the water's surface with the floating Rio. Yeah, I know the water anchor defeats the "off the water and in direct contact with the fly" concept of tenkara, but then again, the high winds I was dealing with sort of defeated that concept anyways. It's hard to keep in contact with your fly when your line is dancing all over the place like a drunken dervish! At least the anchor segment gives you some control and contact with the fly!!

I did pick up two rainbows with this line and technique. Both were healthy and fat 14-16 inches in length. The titanium line was not an issue when hand lining the fish in. I didn't feel concerned about cutting myself since it feels "duller" than ordinary wire. 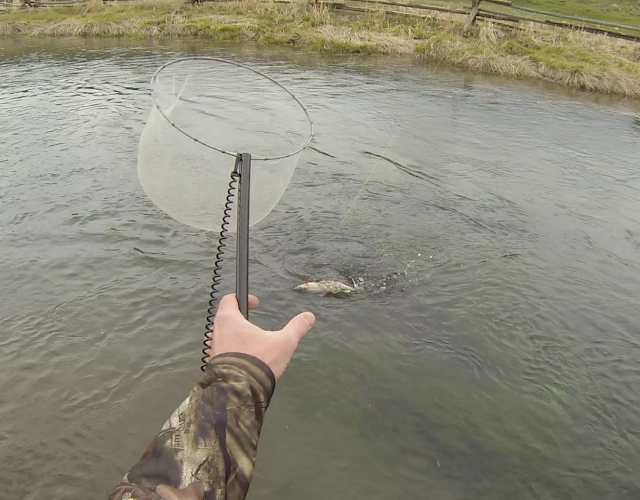 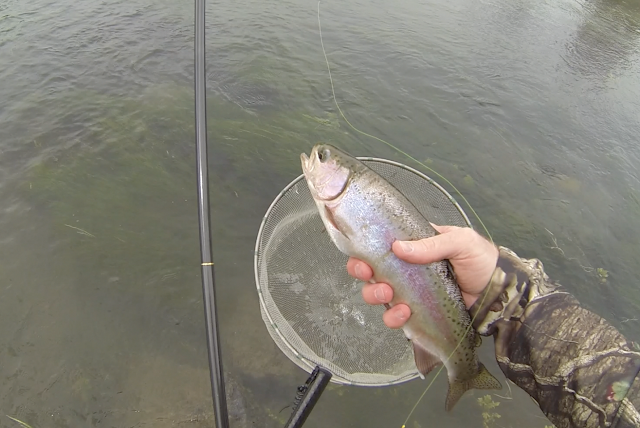 I like this line and think that it has great potential. For strong winds, like I was dealing with today, I prefer to have a better water anchor such as a short section of Rio Powerflex floating shooting line. If the wind wasn't as strong, I think the included Hi-Vis mono would have worked just fine.

Have you used this line? If so, what do you think about it?