The other day I fished the Logan River. I used to fish this river all the time when I was a boy, but I haven't been back in, oh, 30 years. Why? I don't know. I just hadn't gotten around to it, I guess.

The Logan holds a lot of great memories for me. It is where I caught my first fish on a fly (that I tied) when I was young (I think it was the summer of 1974). It was the river where I taught my brother how to fly fish. In fact, the first fish he caught, and was so excited to show me that he ran up stream yelling as the poor little fish dangled helplessly from his line, was a sculpin! We laughed about that for years. You would have thought that he had landed a steelhead by how excited he was.

The Logan River is a heavily trafficked stream due to its proximity to Logan and its outdoors loving people. Despite this, there is always a portion that can be found with no one on it. The morning I went (ok, I was lazy and started at 11AM -- that's still morning, isn't it?) it was cold. The air temp was 32 degrees F and there was a slight breeze coming from downstream. The sky was crystal clear and it was sunny day, but I was in the shade of the canyon. The large rock walls blocked the sun; I froze but there was no sun on the water -- the way I prefer it.

The water was low, but not bad for this time of year. I fished a section of pocket water, working my way around the boulders. In parts it was deep enough that I had to skirt the river's edge so not to top over my waders. There are some nice deep runs in the Logan.

As I approached my chosen river section I was a little anxious. I didn't know what to expect. I knew the river had fish in it, but where? What reach would be best? Had I chosen well? I slipped into the water and made my first cast. After a few minutes of not catching anything I was beginning to wonder. With tenkara I have become accustomed to catching fish within the first few minutes. When I don't, I get a little nervous.

But after moving upstream about 20 feet I saw a nice looking pool just upstream. I started working my fly and within a few casts I was into my first fish. It turned out to be a nice brown. Four fish later, out of the same pool, I was feeling more confident. Three of the five fish were cutthroats, and that made it even better. 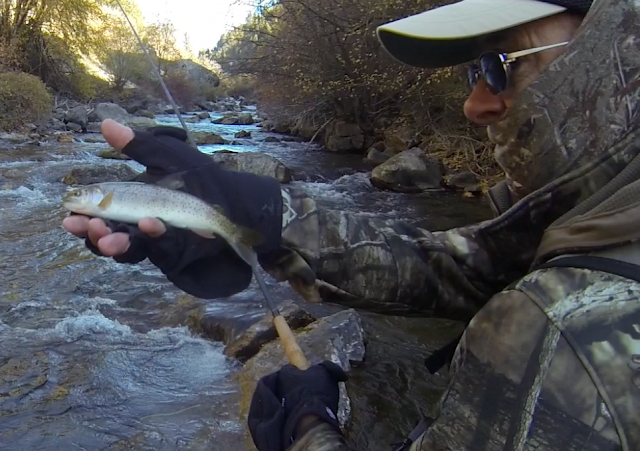 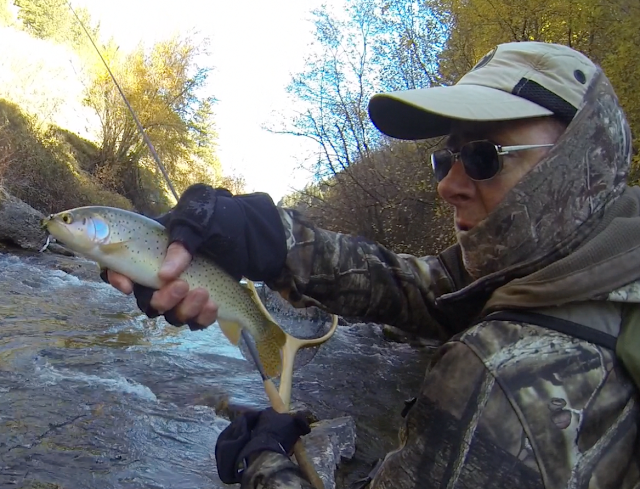 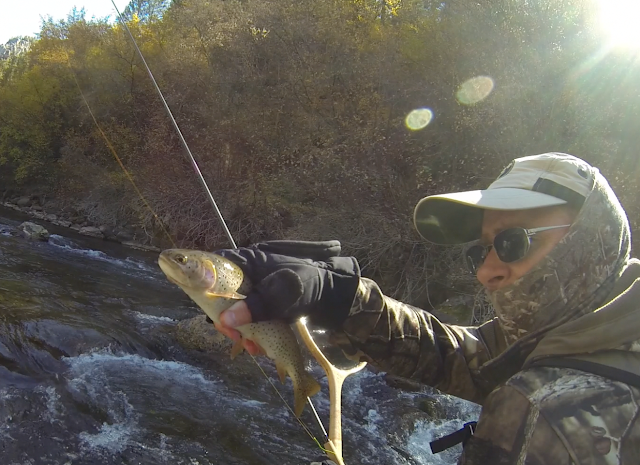 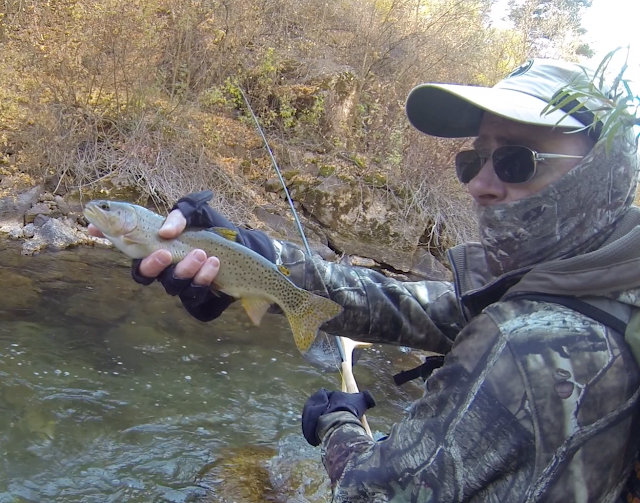 I worked my way upstream towards my car and picked up a couple more really nice 13-14 inch cutthroats. By this point I was cold, as I was under dressed. I got in the car to warm up and then move to a different reach of the river. 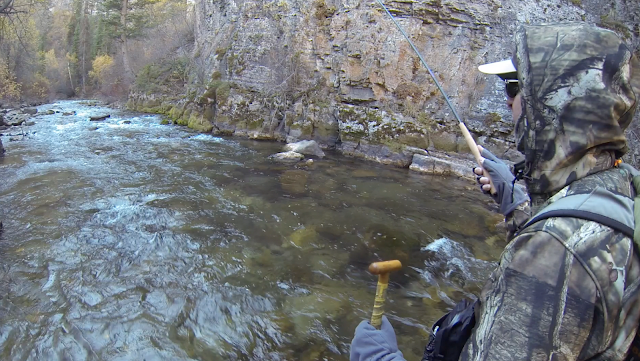 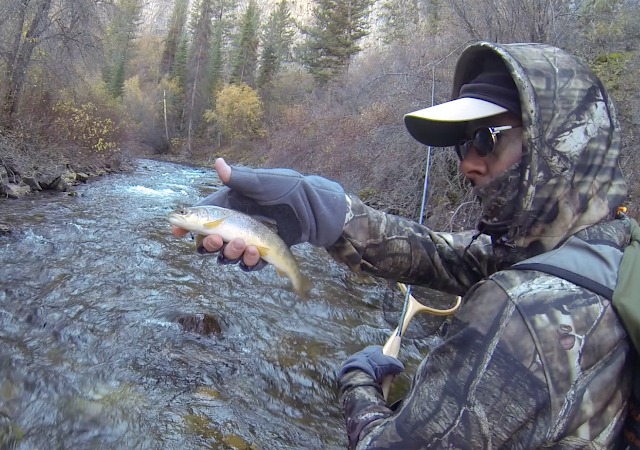 It was a nice day. I only fished a few hours before I went back to the warmth of the valley below, but it was worth it. I'll be back. There is so much more of this old friend that I need to explore.

Here's a video of the fish. No narration, just some music and annotation: 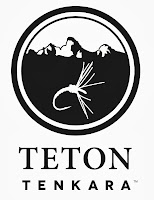