Is Tenkara (Really) Getting Too Complicated?

I recently read a blog post by Jason Klass on Tenkara Talk, where he asked the question if tenkara was getting too complicated. Jason was an "early adopter" and is a highly respected tenkara personality and influencer. He is the author of numerous articles on tenkara, and has done presentations at tenkara gatherings and summits. His blog, Tenkara Talk, is, as I have written before, the best overall source for information on tenkara related techniques, philosophy and opinion.

But Jason and I don't always agree on everything in the "tenkaraverse". He is apparently not a fan of objective data when it comes to choosing a tenkara rod. 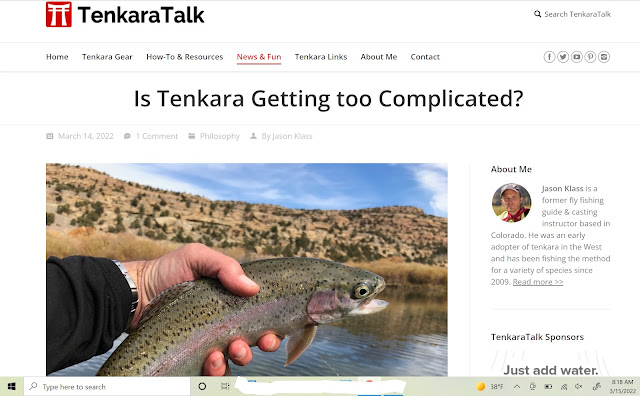 Rather than summarize his argument and running the risk of misrepresenting his view, I'll let you read his blog post. For what it's worth, I did write a response/comment on his article, but I since there's a chance it might get moderated out, here's a screenshot of what I wrote (bad grammar and all):

OK, I'll admit that what I wrote was a little too sarcastic. I freely admit that. But I do think my last few statements have merit. I do think you can have more than one approach to choosing a tenkara rod. If a person doesn't want to read reviews on a product, they don't have to. They can keep it simple and just "take a risk" and buy that product. If a person doesn't want to look at the data for any given product then they don't have to. I'm sure that would work well when buying a car (I know, tenkara rods are not cars, but you get my point).

I publish my rod data for anyone who would like more information on a rod than what is provided by the rod company (which is often biased and not fully transparent). My data doesn't replace the purchasing risk, it just gives a little more information before you take that risk. If you want more data, then look at the data. If you don't, then don't. But I do agree, buy a tenkara rod and go fishing!

Anyway, I fully support Jason in his opinion. But that opinion is not mine, and I just wanted you to see what I wrote. And remember, it's not him versus me, there can be both. Cheers! 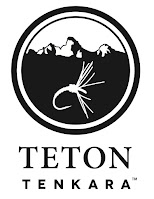