Spring is rapidly upon us here is southeast Idaho and so the winter snow melt/run off is just around the corner. We didn't get that much snow this year, but I'm sure the run off will swell the creeks for a little while. At that time I will head out to the lakes to float tube for about a month.

With this in mind, I went back out to the Black Canyon of the Bear River to work on my tenkara. The river was at 98 cfs and slightly off colored. The weather was delightfully warm, at 68 degrees F, but that blasted wind was blowing upstream at a straight 8 knots. There is no where to escape from the wind on this river. The sun was bright with mostly a blue sky and this made the trout wary. There was a nice BWO hatch underway, along with small midges hatching.


Because if the plentiful sunshine the fish were extra wary. They also were very picky! I finally got to land a few using a #18 black midge emerger. Not a single kebari or BWO imitation would entice them to take.  I used a 6 foot fluorocarbon tippet even. They refused the RS2, BWO para-emerger, BWO Vis-a-Dun, Utah Killer Bug (of varying sizes), and Purple Haze kebari. I did hook one on a #16 BWO bunny dun but my Davy knot slipped.

I'll try them again next week, unless the river begins to rise. 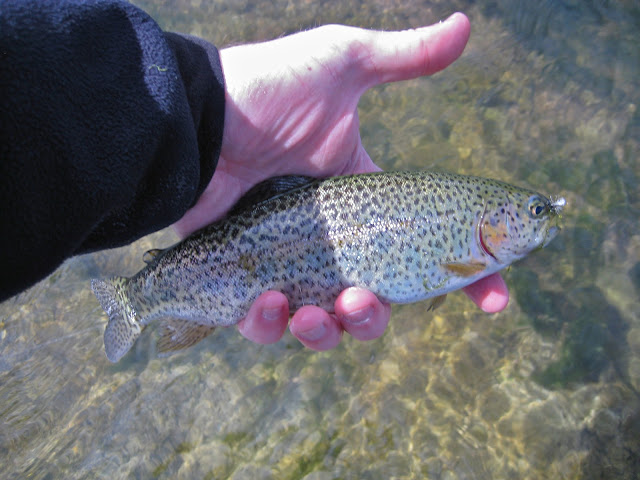