A nice evening in the mountains - Video

Last night my wife and I went for a little ride around the mountain to a creek that I have fished before. The evening was hot, at 90 degrees, with scattered clouds but not threat of rain. We drove up the narrow dirt road into National Forest land until we came to an open area that has some unofficial campsites. Here we pulled off, set up her chair under a large cottonwood, and I rigged up. Since it was so hot I decided to wet wade. 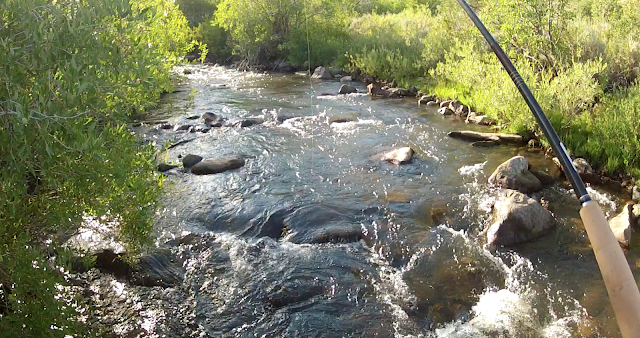 The stream is pretty small, only 10-12 feet wide at the most, so I strung the Iwana 11ft with 10ft, 6 inch line and 2 feet of tippet. The water was low and clear. For flies I went with a #12 Utah Killer Bug as a dropper off a Seaguar knot and a Black sakasa kebari and the end fly.

Wading was a little tricky with my new Chota boots. I think I need to get some metal studs for these boots. They don't seem to be as sticky on the mossy rocks and my Simms boots.

I began fishing upstream; I almost always fish this way on small streams. I was walking into the sun but I could still easily see my line despite the glare. 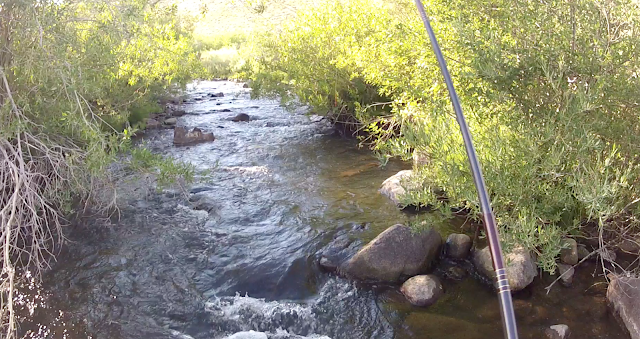 Only a few minutes into the fishing I was into my first fish, a small native cutthroat. She took the UKB. Minutes later, another. It took the UKB also. Pocket after pocket, cast after cast I would raise a small cutthroat. They all took the UKB.


I ended up snagging the kebari on a tree and it broke off. Since it didn't take a single fish I just went with the UKB. I like fishing with more than one fly but I think I have now learned that if the water is small, like this stream, that one fly is the better way to go -- fewer snags and easier to untangle. 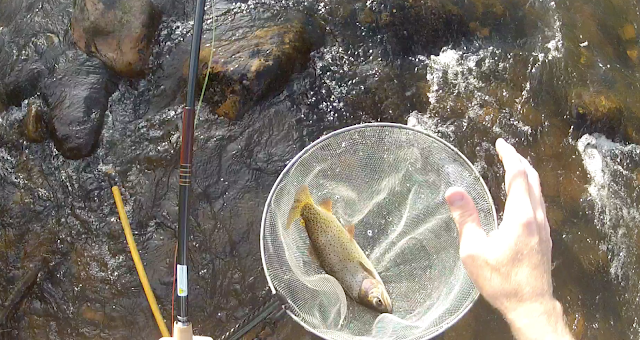 Further up the stream, as I approached where my wife was being annoyed by flies, I got into a section of the stream where some 10-12 inch planter rainbows were lurking. They also took the UKB.

It was a nice evening on this little stream. Here is some video:

Note to self: small stream? Go with one fly.