The Joy of Tenkara

Daniel Galhardo from Tenkara USA recently posted an entry of the Tenkara USA blog regarding joy in tenkara.  His post got my reminiscing about my own tenkara experience and how it has revived my own joy in fly fishing.

Like many of you, I have fly fished for years, nay, decades. I have a small arsenal of fly fishing gear from rods, reels, lines, waders, nets, vests, chest packs, streamside accessories, etc. I had been fishing the usual waters in southeast idaho and enjoying it but my enthusiasm for fly fishing had been waning over the past few years. My children, now all grown up, even noticed my self imposed reduction in fishing time and often commented on when I was going to get back into fly fishing. 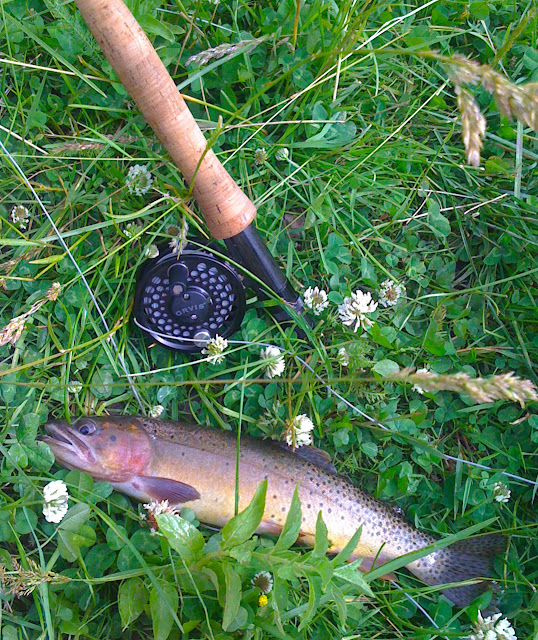 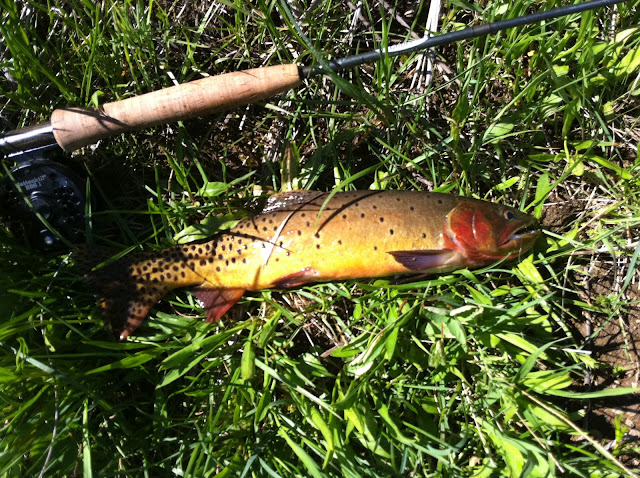 Then last year about this time I stumbled upon tenkara. I say stumbled because I was doing a Google search on small stream fishing and happened to see the word "tenkara". I wondered what it was so I clicked the link and it took me to Tenkara USA. What I saw at that time baffled me. A long rod, no reel, and really funny looking flies -- what was up with that?!  I smirked, rolled my eyes and left the site.

A couple of months later I again came across the Tenkara USA site by accident (or by providence). This time I actually took some time to watch some the of the Tenkara USA videos. After seeing Daniel fish, and listening to his explanations I became intrigued. After a few more site visits I bought my first tenkara rod, a 12 foot Iwana.

I took it to my regional river that is open and ice free all winter and tried fishing with it. I was amazed at how light the rod was, especially for its length. I was also equally amazed that I could keep all the line off the water so that I didn't have to deal with an iced up line or tip-top, as was my usual winter fishing experience. I caught 15 rainbows in an hour fishing nymphs! I had never had that fish count in that amount of time before! I was pleased, to say to least. 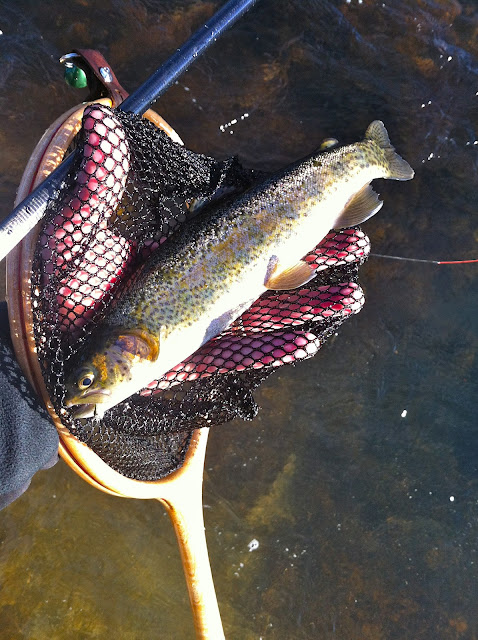 Well, it now seems like I have been fishing tenkara forever. I have bought and sold many rods, experimented with all sorts of lines, and started fishing sakasa kebari rather than just traditional nymphs.   Tenkara has revived my love of fly fishing. It has restored my joy in being on the water. It has opened up many more waters to fish and made those waters, once technically out of reach, very productive. It has been a great journey.

My kids say they are happy to see me fly fishing again. They never seemed to want to fish with me (maybe it was because I wasn't very patient when I was younger-- I have tried to mellow as I have aged), but last winter my second daughter was home from college for the weekend and I asked her if she wanted to go to the river and try tenkara. She said "sure", so we drove out there on a freezing cold, 20 degree F, grey day. I put her in some of my older neoprene waders and bundled her up as best as I could. If we had been western fly fishing she wouldn't have stood a chance, she could barely move! We waded out in to the river and got to a hole were I knew there were fish. I handed her the Iwana, gave a little instruction on how to cast it and what to watch for as the line moved downstream and told her to "go for it". She made a few casts and let the line drift with the current. On the fourth or fifth cast the line hesitated. I shouted "set" and she lifted the rod tip and was into her first fish. She ended up catching about 6 rainbows in 30 minutes. Tenkara made all the difference.

So it looks like tenkara and I are going to be best friends for quite some time. Thank you Daniel, Chris (TenkaraBum), and the many others who helped introduce me to this refreshing and unburdened way of fly fishing.

What is your tenkara story? Is it similar to or different than mine?