This past week I fished the Portnuef River for a few hours. I typically don't go there until the fall as it is pretty heavily fished during the summer. But today I decided to give it a try with my tenkara rods.

It seems that whenever I fish this stretch of water it is either full blast sunny or windy, sometimes both! Today it was sunny, but there was only a little breeze. The water was clear and the fish were very skittish. 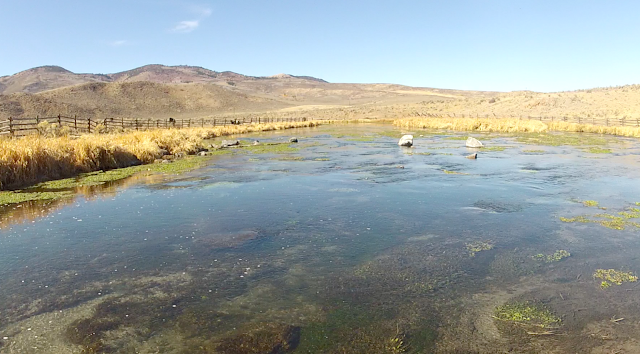 When I arrived there was no one else on the river. I started getting ready and as soon as I was set to cast there came a guy, his daughter and grandson. This guy walked right in front of me and cast his bait setup right into the stretch of river I was planning to work! He then lit a cigarette and just sat there looking at me as his grandson ran around on the bank. I rolled up my line and walked away. The vast majority of water I fish is, thank goodness, not frequented by bozos like that guy, but I guess that is what I get for trying to fish heavily fished water.


After I walked some ways I came to an area that had some fish rising. I worked the pool on the far side of the river with a sakasa kebari but I didn't have any takers, so I changed over to a #18 Bunny Dun and used a 21 foot #4 level line with 6 feet of tippet tapered to 6X. That was the ticket. I could see a few small beatis duns on the water and I suspected that is what they were taking. Within just a few casts I was into my first fish, a nice rainbow. I worked the pool and foam line with the BWO dun imitation and took a number of fish, one was even a cutthroat -- of which I have not taken from the Portnuef before. The cows watched as I caught fish.

After I little while I went further downstream. I could see some fish rising in midstream so I stalked carefully towards them. It was challenging since they seem to move just out of casting range every time I moved. If I had my trusty 5 wt I would have just shot more line out but as it was I never could reach them as the water got too deep to wade.

What I learned is that this is not classical tenkara water. It is a whole lot different from the freestone streams that I usually fish. I'll be back and try again, for sure. I just need to modify my techniques, and maybe my lines.