I have been reviewing quite a few rods lately, as you may have noticed. Reviewing rods is something that I like doing. If for nothing else, I get to fish with many different rods from different rod companies! 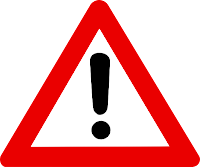 I have personally bought all of my rods, with the exception of the Tenkara USA Ayu series II which is on loan. Because I bought these rods, at full retail prices with my own hard earned cash, I don't feel any beholding to the company which made them. If I like them, I like them. If don't, I don't. Also, I don't personally know, or feel discipleship to, anyone who designs, makes, sells, or consults on these rods (although, for disclosure, I did meet Daniel Galhardo once for a brief moment at last year's Tenkara USA Summit in Utah. He seemed like a nice guy.  I also met Chris Stewart of Tenkara Bum. He seemed like a nice guy, too!).

Before I begin this review I want to, once again, for the sake of clarity, emphasize that my opinion about a rod is just that -- my opinion. I may like a rod that you don't and visa versa. Also, when it comes to a rod review there is no substitute for actually holding the rod in your hand and/or fishing with it. If you really want to know if you'll like a rod then do as I do, buy it and try it. If not, then see if you can borrow it from a friend. Experience trumps all verbal hyperbole! 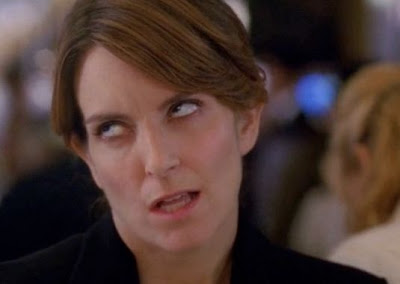 Yeah, what ever -- lets get on with the review!

I recently received this rod from Chris at Tenkara Bum. There has been some buzz on the internet about how wonderful this rod is, but mostly from folks who haven't fished the rod yet.

The rod is quite different from other tenkara rods that I have. First thing that is noticed, it is a 340 cm (11' 2") to 380 cm (12' 5") zoom rod. This is not too unconventional, although most zooms in this category are 360 cm to 390 cm, but what is different is the black EVA foam handle. The handle is 29.5 cm long with the proximal 4.5 cm being cork. This is not found on your ordinary tenkara rod! This handle has a very nice and stylish double hump or gourd shape, but it is not as exaggerated as the Nissin Zerosum 360 cm.

The 34-38 ZL comes in a typical plastic Japanese carton with a rod sock (woven, stretchy material with green sparkles -- looks like a headband from the disco era). The rod is strikingly long when fully collapsed. At 70.5 cm (27.7"), it has the appearance an antenna or radio aerial sticking out of your backpack! I don't think this rod was designed with the backpacking tenkara crowd in mind. Compared to other rods I have, the 34-38 ZL looks really long.

The EVA (ethylene-vinyl acetate) foam lends a very nice feel to the handle. It is soft, yet not too soft and it has a pleasing non-slip feel. Why EVA foam? I'm not exactly sure, but it might have to due with the fact that good-to-high quality cork is getting very hard to find, and when it is found it is expensive. EVA foam also has better durability than cork. Many of the leading rod makers are going to this option on their rod handles. EVA foam doesn't have weight advantages over cork, so it must be cost or aesthetics.


The next thing that is noticed is that it is shockingly lightweight. Without the tip cap it weighs just 76.1 gm. That is pretty impressive. It's not as light as the Nissin Zerosum 360 cm but then again, this rod is a zoom rod. They are typically a little heavier. Also, the Shimano is a 390 cm rod, so 76.1 gm is freaking amazing! 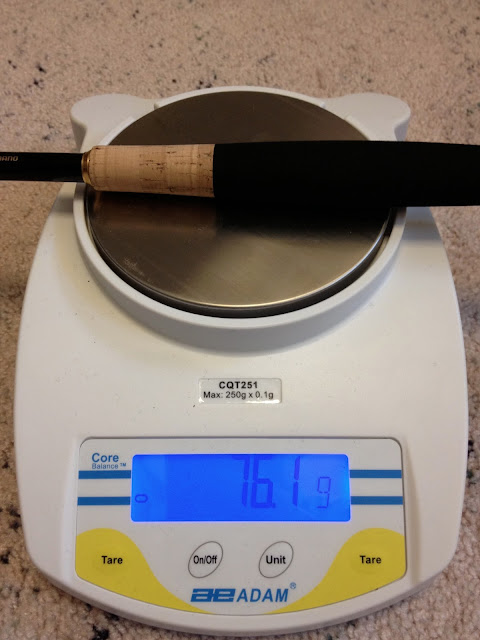 The rod is a dark black, with a glossy finish. The carbon is high modulus in what Shimano calls "Muscle Carbon". This is high density fibers in the same wall thickness as most other rods. Also, some of the fibers are spiraled around the longitudinal carbon fibers reportedly increasing the rod's strength. I don't know if both of these really help resist breakage, but I hope I don't find out! 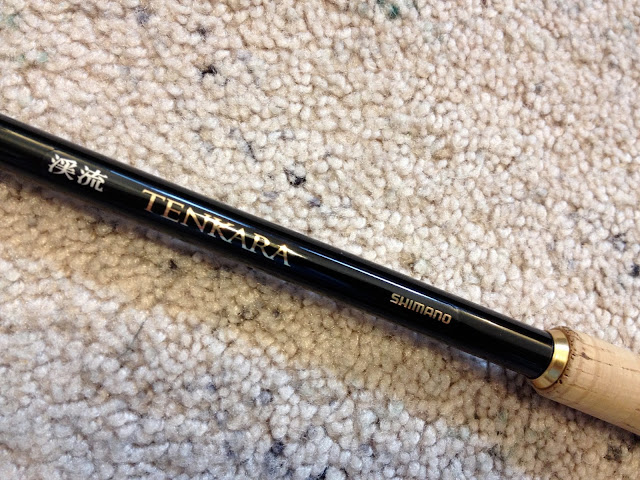 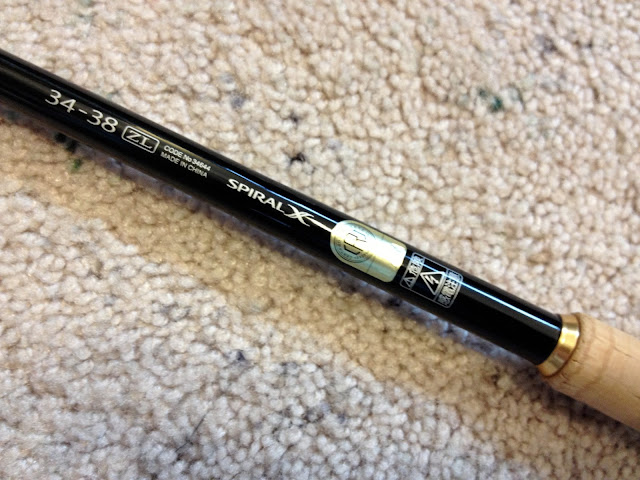 The tip plug is wood and is quite long. I drilled mine, as I do with all my rods, to accept a Dacron loop. The butt cap is covered in the same EVA foam as the handle. It has a rubber bumper to silence the collapsed segments. The lilian is attached directly; no micro-swivel. 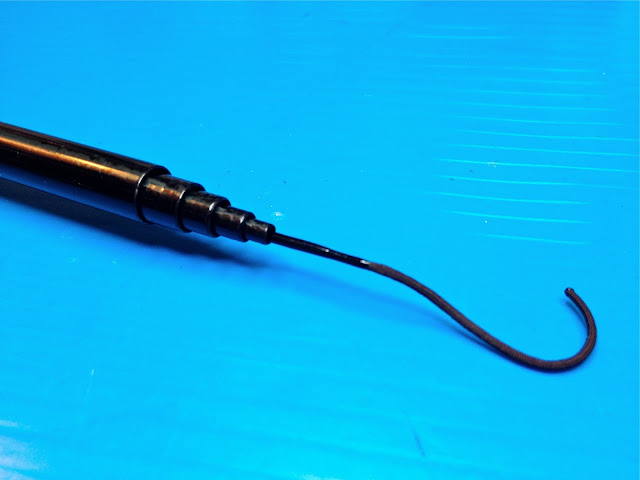 It sounds like I'm completely enamored with this rod, doesn't it. Well, just hold on, I'm getting to some characteristics I don't care for.

Casting the rod really surprised me. After I took the rod out of its plastic carton, I extended it to the 340 cm length and dry casted it. Unlike Chris Stewart, who apparently liked the feel, I too said "Wow" but because I didn't expect the rod to be so soft! Chris describes the feel as "very crisp" but I don't equate this rod as crisp. To me this rod is soft in action and smooth in arc, but not crisp. I guess I should have expected this from its Common Cents Scale (CCS) rating. At 340 cm it is rated as 19 penny; at 380 cm 14 penny. This should have told me that the rod is on the softer side of what I like, more like a 5:5 full flex rod, but the word "crisp" threw me. For my waters and average fish size, I prefer a 21-23 penny rod. I'm not saying that Chris is wrong and I am right; to the contrary. The CCS clearly told me what the rod was like and I didn't listen! It is completely my fault, not his! 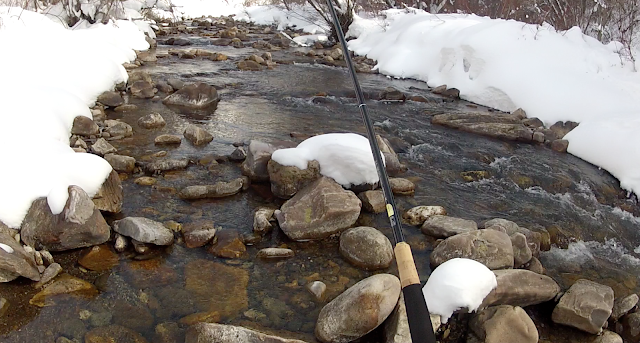 I took the 34-38 ZL to the river the other day and fished it for a while. I was hoping it would grow on me. At what it costs, I was really, really hoping it would grow on me. I used a 12 foot, #3.5 line and fished an unweighted fly. I must admit it does cast very smoothly with that particular line attached, no overshoot or oscillation that I can perceive. Targeting was very accurate in the 340 cm configuration; a little less so in the 380 cm, but not bad.

I only hooked one fish, and he was a little guy. He did not test the rod at all, except that you definitely could feel him on the line! I dropped him in the snow just before releasing him. Here he is: 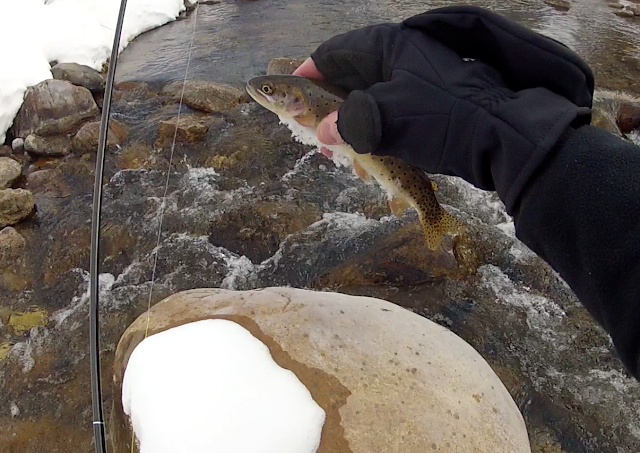 To give the rod another try, I took it on a different day to different waters. This river has a higher CFS flow and higher gradient. I thought it would be a good testing ground to see if this rod could handle modest size trout in fast water.

At first I tied on an unweighted sakasa kebari. After getting used to the smooth rhythm of this rod's action I could put the fly anywhere I wanted without difficulty. I fished the sakasa kebari for a while, and not hooking anything, I decided to change to a #14 beadhead nymph. Yes, I changed flies, and while I know that is a tenkara "no no", I wanted to hook some trout to feel them on the 34-38 ZL. The sakasa kebari was obviously not the "one fly" for today.  In just a few minutes after switching flies I was into my first trout. It was a nice 14 inch cutthroat. The current was brisk and the rod could not control the trout as well as, say, my Daiwa LT36SF. But, after guiding the fish to a hydraulic cushion upstream of a large rock I was able to net her.


A few casts later, I hooked another cutthroat. This one was about 11 inches. There was no issue getting her in.

Upstream from there I hooked a few browns. The largest was 14 inches, but most were in the 8-10 inch range. Again, the rod had issues controlling the larger fish, but not the little ones. The current plays a large role in controlling the hooked trout with the 34-38 ZL. Since it is not a stiff rod, heck it bends all the way to the handle with a 10 inch trout,  there is very little "backbone". You have to let the fish swim and tire itself out upstream from you, then let it come into your net. You can't "horse" them into the net with this rod!

Finally, I did hook and net a Mountain Whitefish. This one was about 14 inches. I wasn't sure I'd get her to the net, but I was able to get her swimming just upstream from me for a few moments, then I lifted her head quickly. This brought her head out of the water and she couldn't swim. The swift current swept her into my waiting net.


Conclusion: I like this rod, mostly.  I can say that I love the look, the handle shape and materials, the weight, and I love the concept of 340 cm to 380 cm zoom. I am disappointed in the collapsed length of 70.5 cm (27.7") particularly if this rod is designed to be a portable rod. At that length it is definitely not backpacking friendly. As far as its action, I am OK with it, but I could of wished it to be just a little stiffer -- say a good solid 20 penny in both configurations. I do much prefer to cast it in the 340 cm configuration; less so in the 380 cm. I can say that the rod casts effortlessly and is very, very smooth with a #3.5 level line.

I consider this rod a speciality rod. If you live in the eastern US, and fish mainly small streams with native brook trout or small browns (less than 14 inches) then this rod may fill your bill (if you can get it through your heavy undergrowth). If you live in the Midwest or South and want a rod that would be fun with sunfish, then this rod may fill your bill as well (I think a Bluegill of this rod would be a blast). But is you live in the Rocky Mountain or Intermountain West, where stream gradients are high and many trout are routinely over 16-18 inches, then you may want to be careful with this rod. It is not a "big" fish rod, IMO. It is a headwaters, small-moderate size trout, rod. I will not use tippet over a 5X as I would rather loose a 18 inch rainbow to some rapids than risk breaking the rod. It's too expensive to break, and not being a Tenkara USA rod, it may be hard to get replacement parts (but Chris Stewart may be able to help get them). And warranty?  -- ya right, that would probably be difficult to collect on since I don't live in Japan.


Here is the video of some of these fish: