It's been a while since I have fished the Henry's Fork. You'd think that since it is near in my backyard that I'd fish it all the time. Well, I don't frequent it for one main reason: fisherman. I don't like fishing anywhere I can see another fisherman. I developed this aversion when I lived in Colorado. I remember fishing the South Platte and seeing every pool or bend in the river occupied with a rod slinging, double-haul casting, wader wearing guy tromping around in the water. I had moved to Colorado from Oregon where I mainly had every stretch of river to myself (except for the Deschutes, and that's a whole other story).

Now I live in eastern Idaho and for the most part, as long as you avoid the "famous" waters like the South Fork or the Henry's Fork, you don't have to see anyone else. I like that. I generally stay away from these waters, but every once in a while I feel the need to work the waters of fly fishing Mecca.

Today was warm, 50 degrees F. As I arrived at the Warm River confluence parking area I saw that I was not the only one wanting to hit the water -- after all it is the Henry's Fork, I knew I wasn't going to be alone. There were 6 pickups in the winter parking area. It looked like there were two guys downstream --  maybe a guide and client by the way they were interacting. Upstream at the confluence itself were 4 fishermen. No one was on the western bank so I geared up and walked across the bridge. I walked down the road a ways then entered the water. The water was slightly discolored but mostly clear and moving pretty briskly.

I rigged up with a two fly dropper setup. The dropper was a #10 DC UKB and the end fly was a #14 Prince. I started with the Tenkara USA Ayu-II. After about the 5th cast I hooked my first fish, a 10 inch rainbow. He spit the hook.

As I worked upstream about 25-30 feet I hooked a nice brown. He shot out into the current trying to escape but with the Ayu-II I was able to get him back into the calmer water near the bank. Measured against the net hoop he was about 15 inches. He had a satisfying girth and weigh.


I got into a pod a small rainbows. They were all about 10 inches and I suspect they were planters. I had a hard time keeping them off the flies. I was wanting to target larger fish, but these little rabble rousers kept taking my fly! OK, they were fun too, but on a river like the Henry's Fork I want larger fish!! 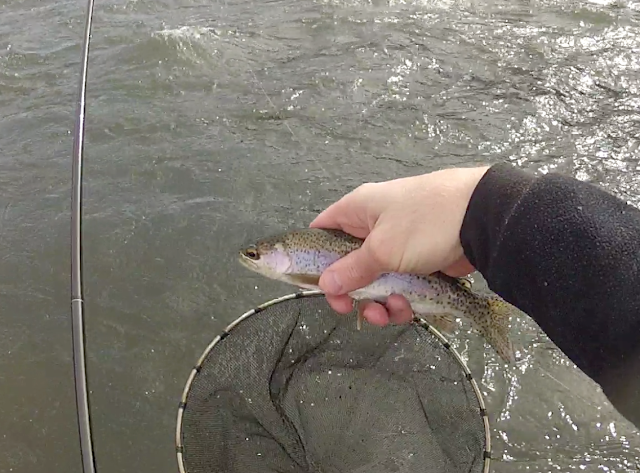 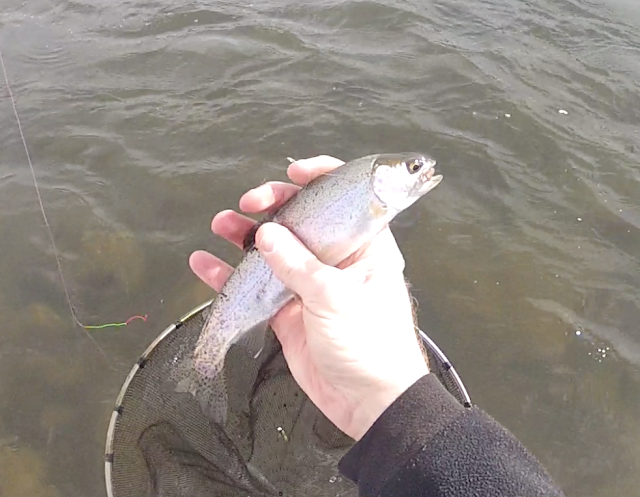 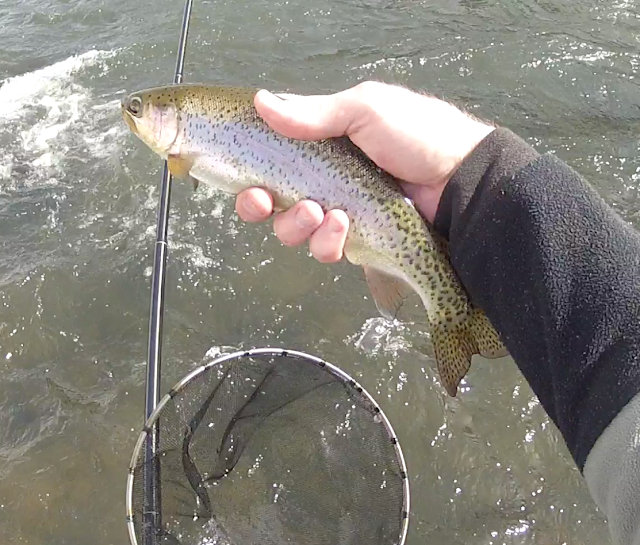 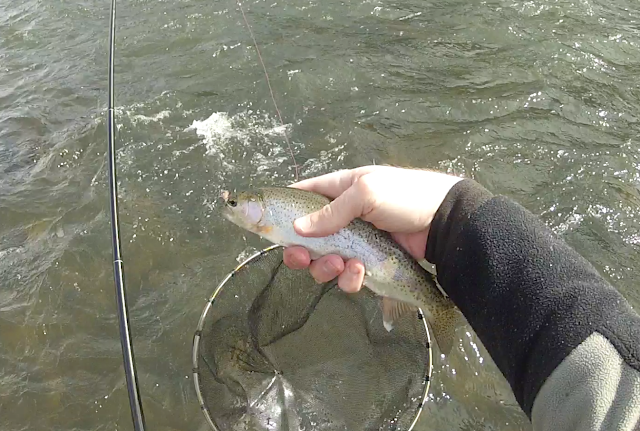 Further downstream I caught a nice 14-15 inch rainbow as it surfed in a large hydraulic directly upstream from a boulder.  I took a second rainbow in the same hydraulic.

It was a fun day. I'll have to come back another day despite all the fisherman around!


Here is a video of the fish: