This past weekend I got on my Rokon and drove over the mountain to fish one of the smaller streams in the area. I could have driven around the mountain, but driving over it was a lot funner.

The stream is small and has native cutthroat. I used the Nissin ZeroSum 360 with a #4, 10 foot line. This combination worked well. I started with a #3 line but the wind kept blowing it around too much. The #4 was better in this situation.

Willows line the stream, but there are areas of open grass and sagebrush. The water was mostly clear and so stealth was in order, still I scared a lot of fish -- this mainly due to my underestimation of how shallow of water a fish will hide in. 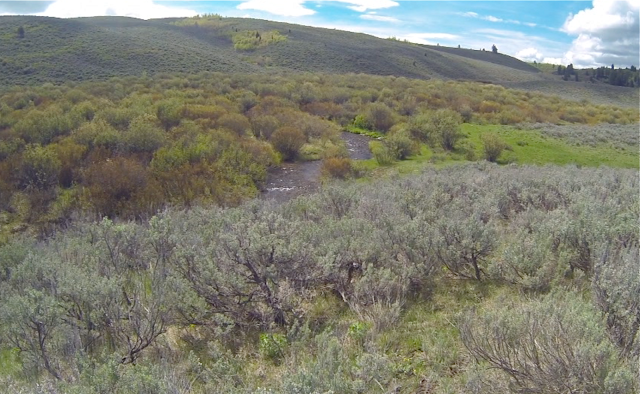 The ride over was nice: along a dirt road, up a Jeep trail at a 45 degree pitch, down through the aspen/fir forest and out into the mountain valley where the stream is. It takes me about one hour to do this. The Rokon doesn't go fast, but it will go anywhere. 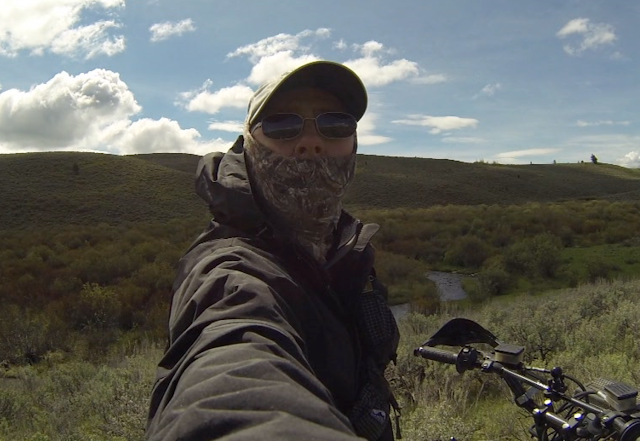 I started fishing at some beaver ponds and then moved upstream from there. Since these fish are not too selective I decided to fish with just one type of fly, an Amano kebari with a peacock collar. It was tied with regular white sewing thread. It cast well with the ZeroSum and was easy to see in the water. I used it to catch most of the fish, until I lost it to a willow. I once again mainly fished upstream; I did try downstream presentation for a while but no hits with this method.

The fish were native Yellowstone cutthroat trout and ranged from 6 inches to 12 inches. I did hook into a couple of 12+ fish but I lost them as they dove into underwater hazards such as snags. 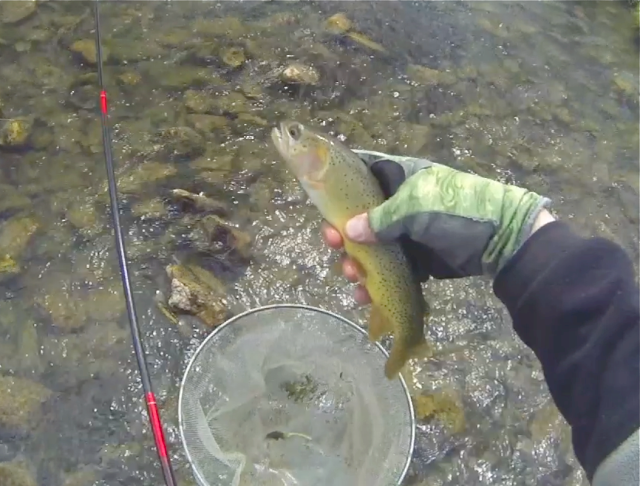 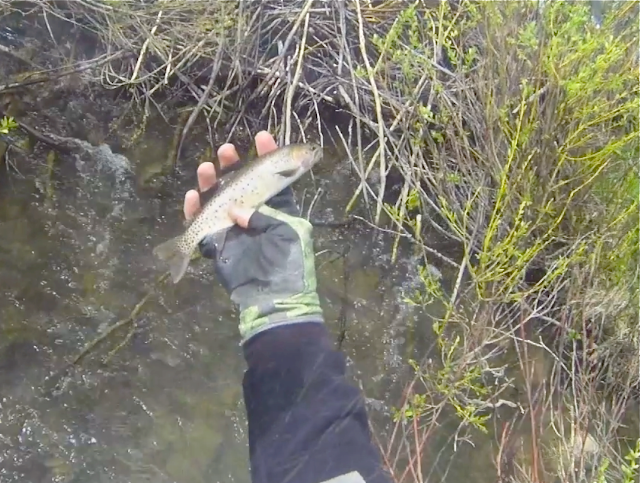 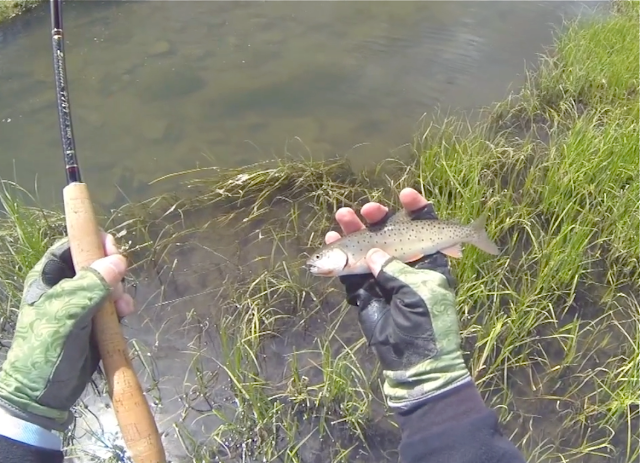 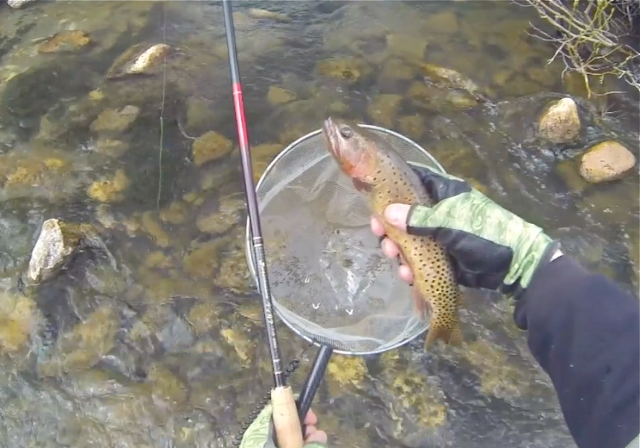 My goal this year is to fish this stream from its head waters to where is enters private land in its lower reach. That should take me well into autumn and take quite a few days of fishing. So far I have fished 31 days this year with 205 fish caught. Sheesh, I need to get out more :)

Here is a video of the trip over the mountain and some of the fish: