Another outing that I had recently was to a cutthroat stream a modest drive from my house. Once there, I hiked through drying leaves of balsam root and sage brush to get to the water. This is a freestone stream; crystal clear waters boiling over rounded rocks of granite. It is a beautiful place.

I first started with the Shimostuke Ten, a 13 foot, #3 line and a Amano kebari variant. This kebari is the main fly that I have been using this season, particularly on these freestone waters. Last season I used other flies, like the Utah Killer Bug, Soft Hackle Grey kebari, and others, but this season I've tried to stick with just one style of fly. That said, it hasn't always worked. I've been spoiled by tenkara. With tenkara I pretty much expect to be catching trout within minutes of arriving at the river -- whatever water it is! If I haven't hooked up pretty quickly, say by 30 minutes, I'll sometimes change flies to a pattern that has been a real producer for me in the past. Sometimes I won't though and I'll ride it out with the Amano variant.


This trip was no exception when it come to my experience with tenkara. After hiking to the water, once arriving, I looped on the line, extended the Ten, tied on a #10 Amano variant and began casting to a likely lie. It took exactly 43 seconds to hook my first fish -- a small but feisty rainbow.  43 seconds! This is what I have come to expect using tenkara techniques. The next fish came to net just a few minutes later.

After working my way upstream (I fish upstream 90% of the time) I decided to change rods. This was not for any reason, just for fun. I pretty much always carry two rods with me and mostly I'll fish with just one, but this time I decided to change to the other rod I was packing. I closed up the Ten but used the same line and fly on the AllFishingBuy Hirame-ML-3909. I fished this setup the last few hundred yards of the stream before exiting to drive home.  As a note, the #3 line worked or should I say "felt more comfortable with" the Ten rather than the Hirame-ML. The Ten has a Rod Flex Index (RFI) of 5.2, while the Hirame-ML has an RFI of 5.7 -- just a little stiffer. That slight difference in rod stiffness makes the #3 line feel less comfortable to me; I think the Hirame-ML throws a #3.5-4 line better than a #3. Also, after fishing the Ten for a while, the Hirame-ML feels quite heavy. The Hirame-ML is longer, coming in at 4 meters, while the Ten is 3.8 meters. I used to think the Hirame-ML was pretty light (it is compared to many similar length rods) but now, since I am fishing mainly Japanese made rods, it is feeling heavier.

As for the trout, I caught mainly native, wild cutthroats.  I did hook a few small rainbows, but these are planters in these waters. To their credit, however, they do get strong fighting the steep gradient of the stream. I still prefer the cutthroats.

Most of the fish were taken just in front of an obstruction. These fish like to surf the hydraulic cushion on the upstream side of the obstruction.  To accommodate the fish, I'll cast about 3-4 feet above the cushion and drift the fly into the probable lie. Personally, I rarely impart action to the fly; dead drift seems to work great to me.

Here are some pictures of the fish. BTW, I had the camera tilted a little to high without knowing it so the fish aren't centered in the image. Sorry. 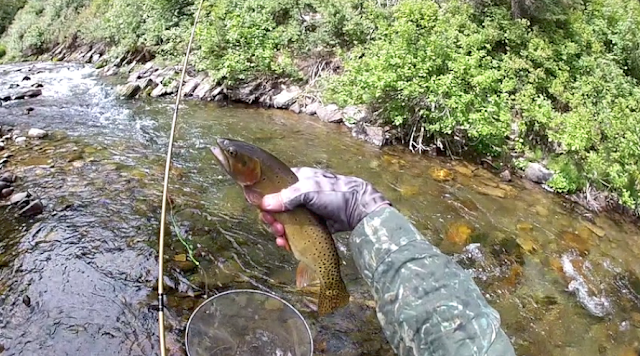 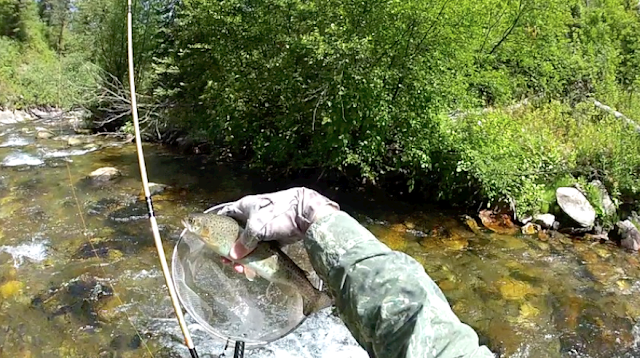 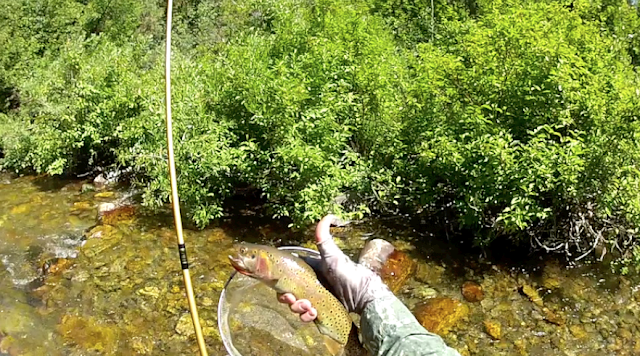 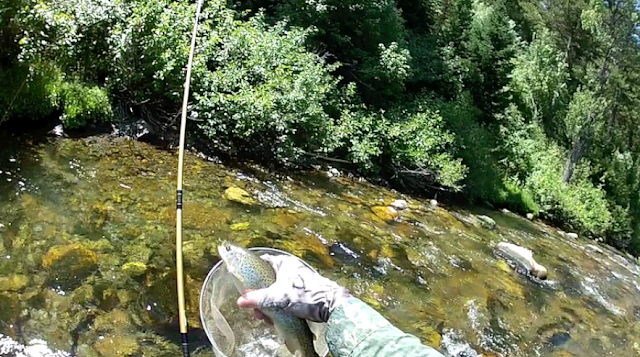 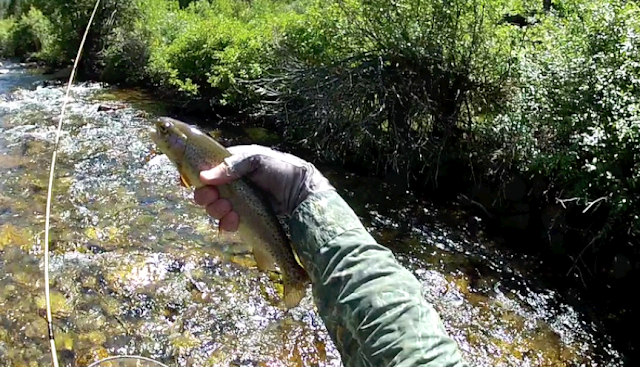 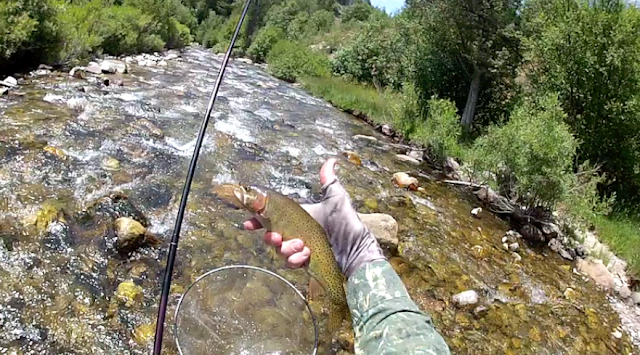 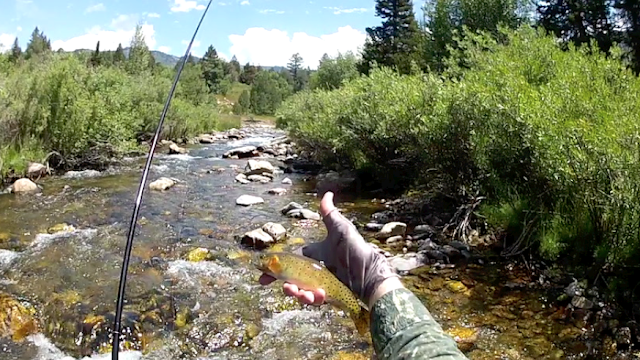 Here is a video of these fish -- me narrating with music in the background: 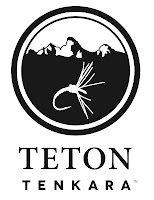