Most of my streams are fairly open, but I fish a few that are pretty closed in with trees and shrubs. I enjoy them, even though I lose a lot of flies to the trees. Someday I want to fish the tightly packed streams of the east with Chris Stewart, but until then I'll be content with my small streams here in the west.

Small streams pose unique challenges. They are, however, made for tenkara. As difficult as they may be using tenkara, they can be an extreme nightmare using western gear. This I have learned over the past years.

The mantra of tenkara is "use the longest rod you can get away with", but this does always bode well for small, tight streams. First of all, there is no overhead room. Raise the rod and your rod is hitting branches. It's hard to cast when your rod hits branches. Second, your line gets wrapped around those branches. Need I say more on this point? Third, there is no need to cast very far because the fish are right in front of you -- 5-10 feet away.

Western gear does have one advantage though, only one. You may say, "If it's tight overhead, I can just do one of those way cool bow-and-arrow casts". Yes you can, but when a fish takes your fly all you can do is watch, since you can't raise the rod and set the hook -- remember the branches scrapping your head? With a western rod you could at least strip the line and set the hook, but not with a fix-line rod. So you try to set to the right or to the left. Still, you're into the branches, aaaarrrrggghhhh. But what fun!!

Despite this and other problems, I love these small tunnel-like streams. They pose chess-like challenges and they can hold surprisingly large fish. Also, there are no other people on them. Maybe it's because other people aren't as crazy as I am! More likely, other people want to catch large trout, not small native fish like I prefer.

I fished one of these streams the other day. I had one hour. My wife was with me, as we had driven to look at the fall leaves. She read in the car while I donned my Hippies, and walked into the stream.  As I approached the stream I found a small break in the riparian foliage. Before I entered, I made a few casts towards a small pool behind a rock. My casts were sloppy, as I couldn't fully load the rod, thanks to the tree next to me. Cast one... nothing. Cast two... small cutthroat! Excellent!

As I worked my way upstream I caught and released many fish. Some were mini-fish; the however largest was 12 inches. I love those 12 inchers in a stream that is 4-6 inches deep and 4-6 feet wide. I'm always amazed how it seems that fish can be hooked in the shallowest of water; and I didn't even see them there!!

Here are some pics: 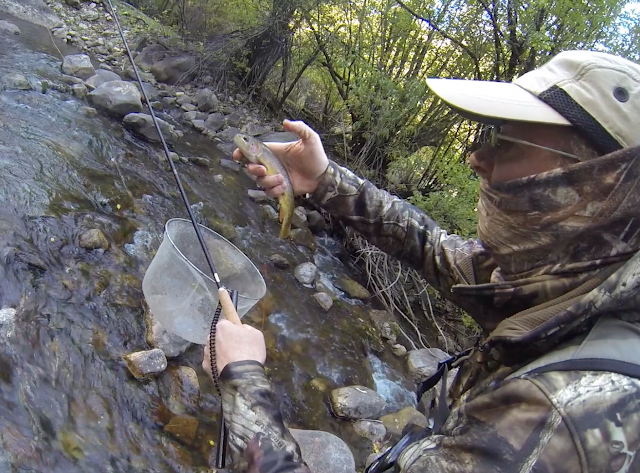 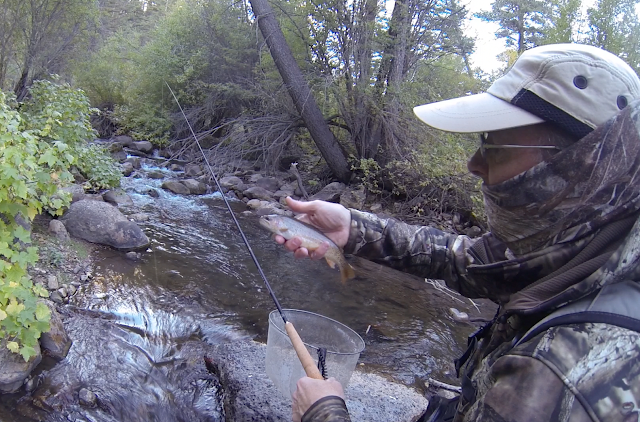 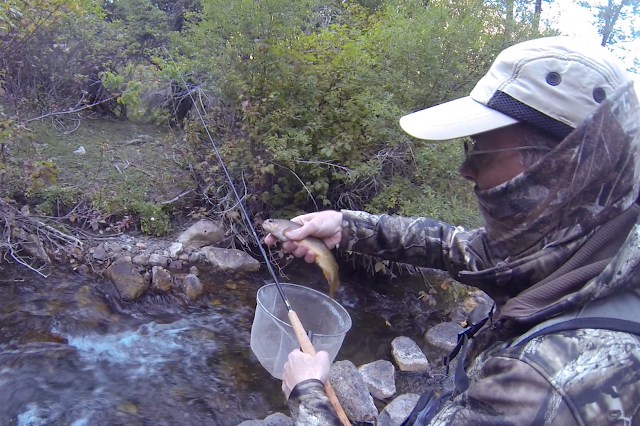 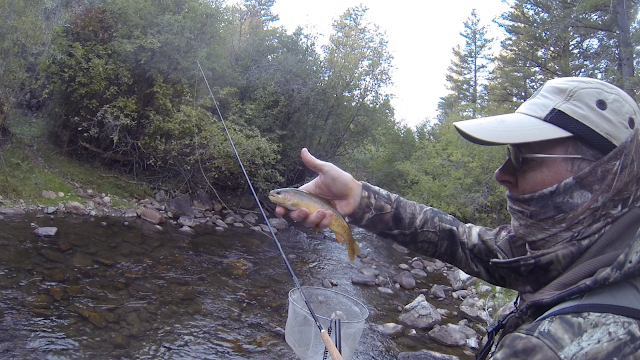 Video? Did you say video? Yep, we got video! 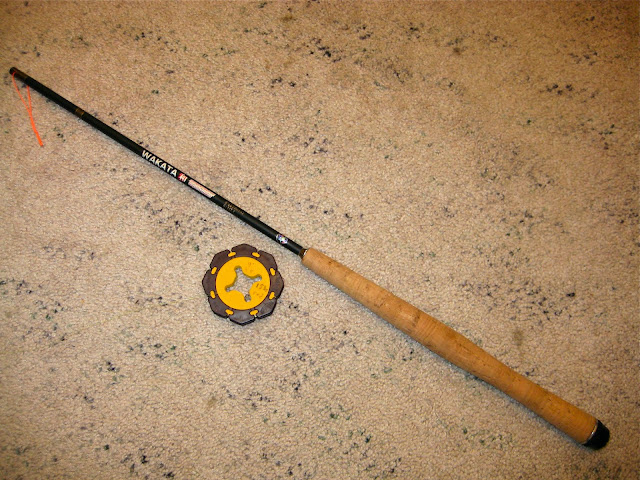 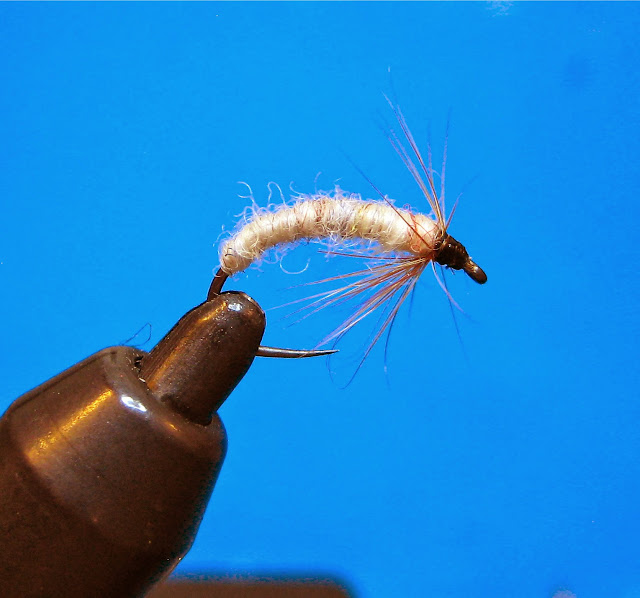 It's Autumn!! See you out there. 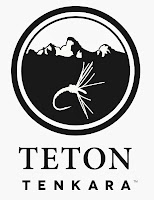