Summer is over and Autumn is going fast. This weekend we received our first snow of the new season. This is a magical snow. It doesn't last long, as we often get an indian summer for a few weeks, but it seems to change most of the outdoorsmen from fishers to hunters. That's OK by me since I don't hunt. Fewer people on the water means more miles of stream to myself. Flying snow separates the real fishers from the fair weather variety. 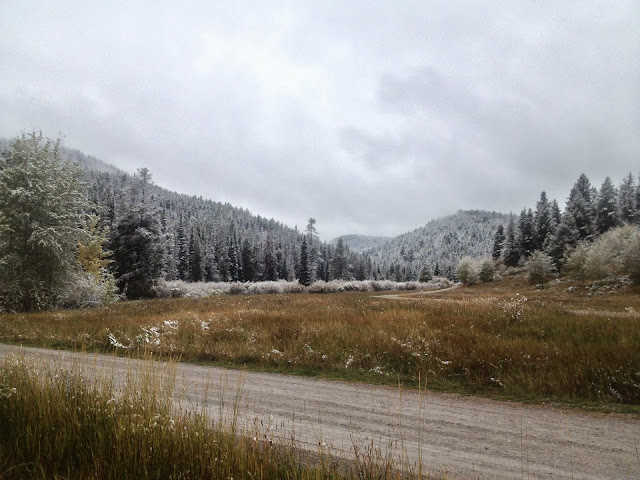 The little stream I was fishing has suffered a little from the summers low water flows. Most of the fish have moved from their standard holding lies into deeper pockets of water; these usually being in the scoured out pools where the stream changes direction by 90 degrees. Still, as I walked upstream I did scare a few fish from their lies tight up against the bank and under protective willow branches. I wouldn't have been able to catch these anyway since they were too protected by the sweeper branches. I still try though, and lose flies in the process. 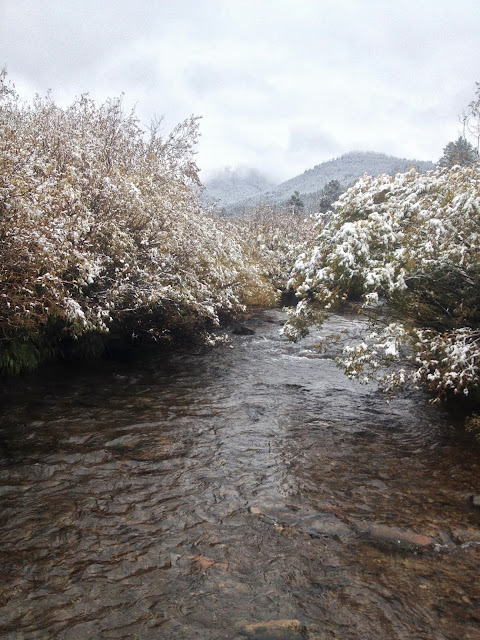 The willows were weighed down with heavy wet snow and as I passed them they imparted some of that snow to me. Soon I was dripping with snow and water. For us in the west this water is holy water. It promises a replenishing of the stream flows, so low during this past summer. When I was mainly an astroimager, I used to complain about rain and snow, but no more. Water is too precious. 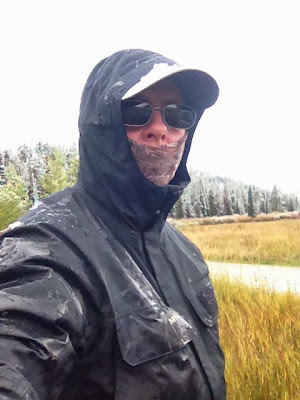 As I cautiously approached a stream bend pool I stood for a few moments looking around and taking in the opportunity.  I didn't see any fish. This is not unusual, but it is nice sometimes to see your target and present the fly to it. In this case there were no visible fish. I cast upstream of the pool, allowing the fly to be swept along in the current and then swirled around in the pool's eddy. As the fly slowed down the line suddenly straightened. I set the hook as was into my first cutthroat of the afternoon. After he danced around a bit I brought him to net. He turned out to be about 10 inches. This is a nice size fish out of such a small stream. 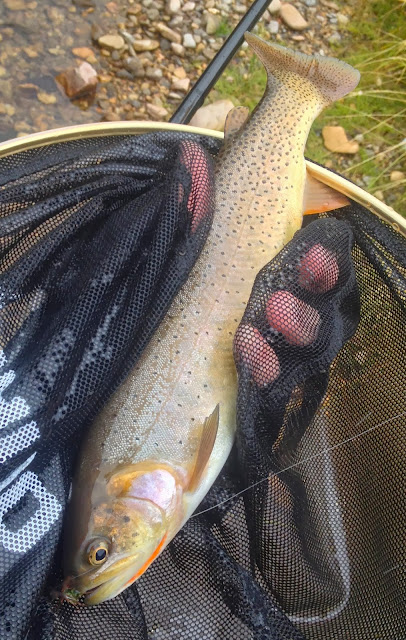 The next few casts yielded another cutthroat, maybe a little smaller than the first, who spit the hook after a brief but energetic fight. That's OK. I didn't need to bring him to net to appreciate him. I also hooked and landed some small brook trout. 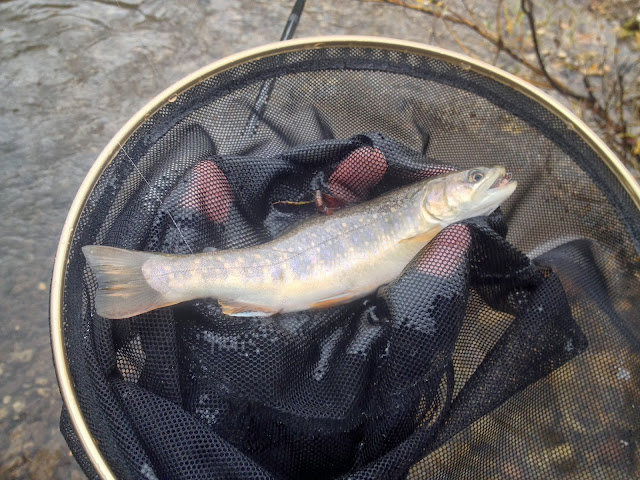 I didn't fish long. As winter approaches and the stream begins its winter pattern, I usually only fish for 1.5-2 hours. This is enough for me to catch a number of trout but not to be in the water long enough to be overly chilled. It was a nice afternoon; now back to the cabin and the fire! 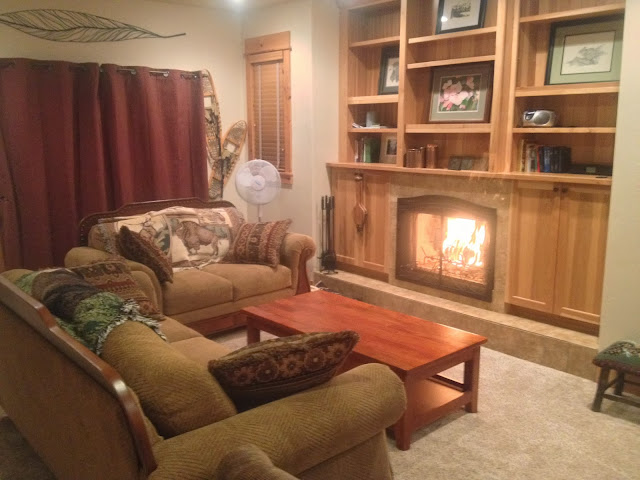 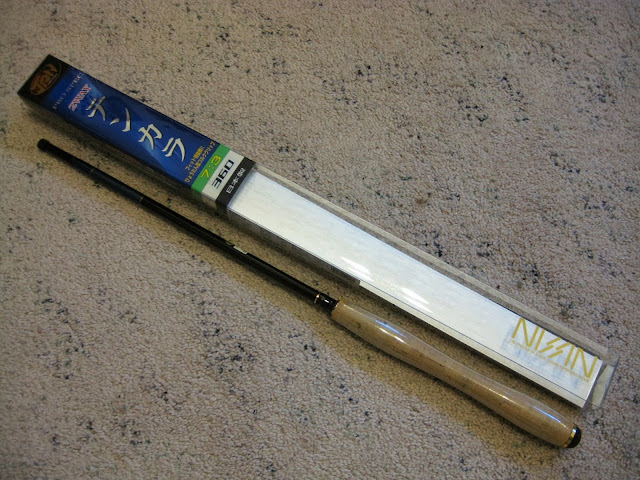 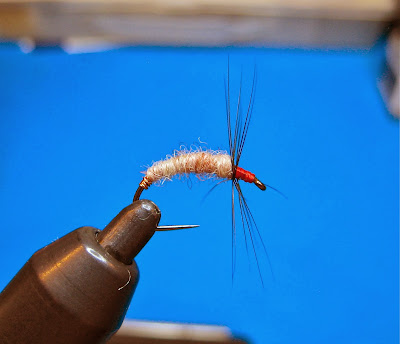 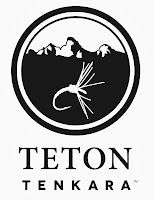