Just the other day I received a new rod from Oleg Stryapunin of Tenkara Times. It is their newest rod offering: the Try 360 6:4 tenkara rod. I have fished with one of Tenkara Times rod before, the NEXT 360 5:5, so I was anxious to get this new rod out of the water. BTW, Jason Klass has reviewed the 390 cm 7:3 version of this rod.

The rod comes in a transparent polycarbonate tube case and includes a black stretch rod sock. This rod sock is similar to what is now being offered for high end Japanese tenkara rods, such as the Shimano 34-38 ZL. An aluminum rod tube case is available for an extra fee. 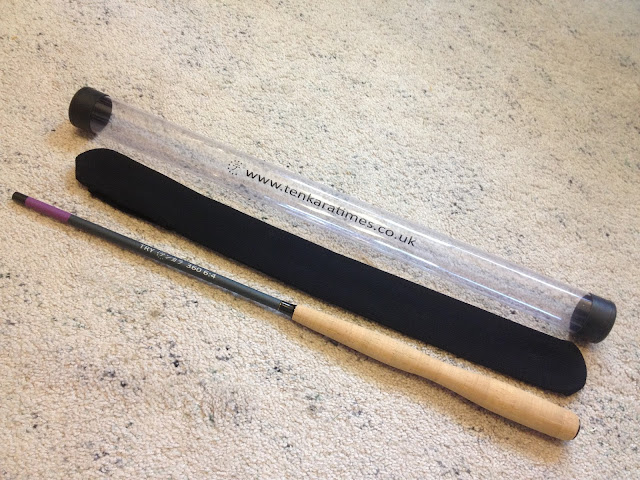 The rod has the classic features of Tenkara Times rods, that is, a flat graphite grey finish with Pantone 254 C accents. The handle is 27 cm long and has a pronounced camel-back or double hump shape. The lower portion of the handle is a larger diameter then the upper portion. This allows many handling configurations to be entertained by users with different palm sizes. The cork is an excellent quality with little filler. The winding check is glossy black, and fits tightly against the top end of the handle. 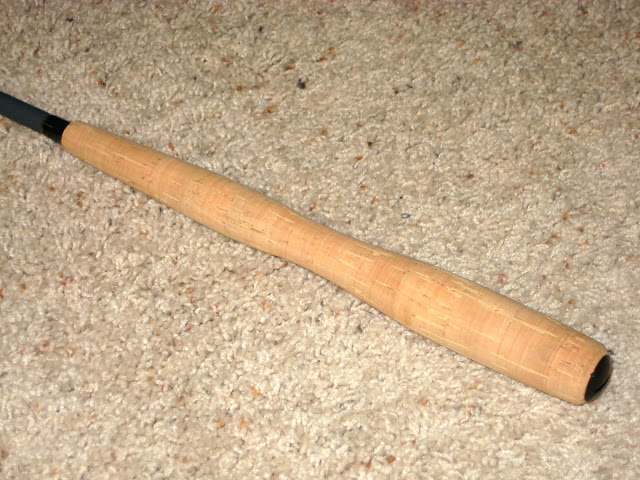 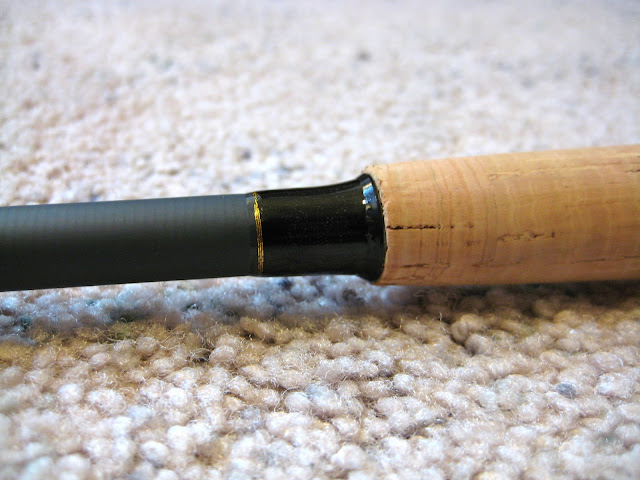 What is amazing about this rod is how light and well balanced it is. When you first pick it up you will notice that it is pretty much lighter in hand than any other 360 cm tenkara rod (defined as a cork handled rod designed for tenkara, not keiryu or seiryu) you may have fished. It is even lighter than my beloved Nissin ZeroSum 360 7:3! Whether this lightness compromises the rod's durability remains to be seen. Without the tip plug the rod weighs 62 gm. Collapsed, the rod is 58 cm. Extended, the rod is 366 cm. 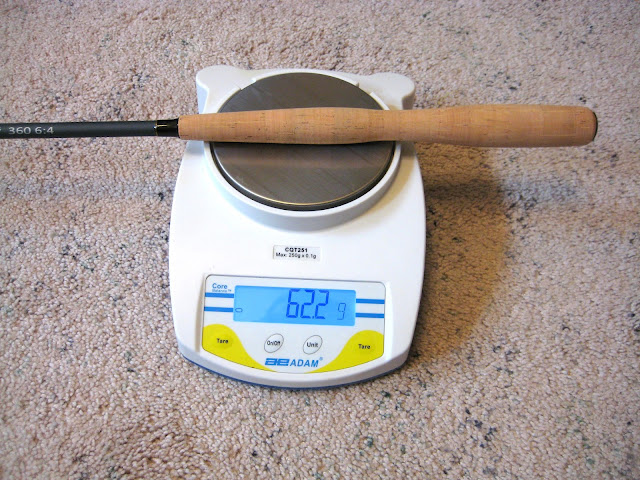 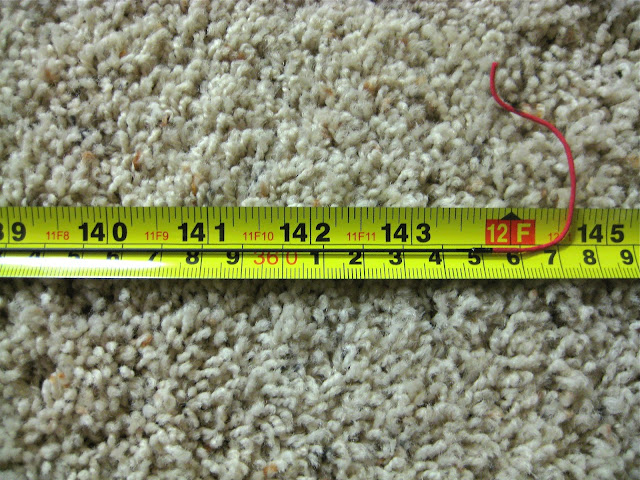 The lilian is red, glued into the 1st section's tip, and is quite long compared to other tenkara rods I have used. There is no knot in the lilian, but there might as well be since the tip section can't be withdrawn through the 2nd section -- the lilian-glue profile is too large in diameter. The tip plug is wood with a rubber insert plug and fits snugly into the rod. The butt cap is anodized metal, has a foam dampening insert, and does not have a drainage hole. It does not have a knurled edge so removal may be difficult with wet or cold hands. There is a coin slot to aid in removal, however. 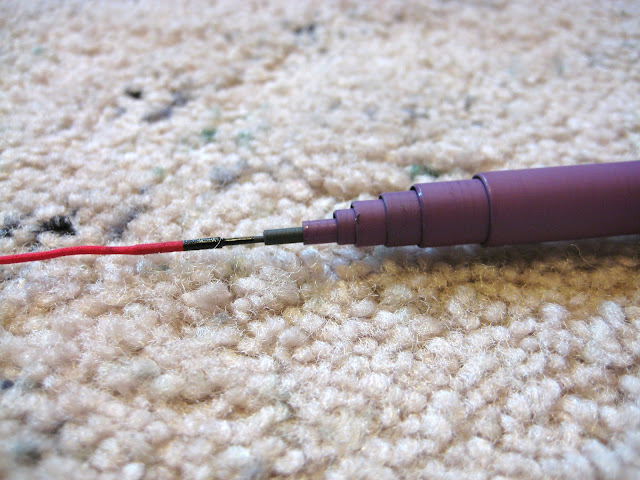 The Try 360 6:4 has a Common Cents Scale of 13 penny. This give it a Rod Flex Index of 3.6. This give it very similar characteristics to the Tenkara Times NEXT 360 5:5 rod. But there is a subtle difference between the two rods. Even though they have similar numbers, the Try begins its inflection point further up the rod than does the NEXT. This is what gives it the 6:4 designation (although it acts like a 5:5 rod), while the NEXT has an inflection point more mid-rod, therefore a 5:5. In my hands, casting them side by side with the same line, they feel really similar. But when you anchor the line (hook something) and begin to impart a bend in the rods then you can see that there is a difference in the bend profiles of the rods. Subtle but real.


Casting the Try 360 6:4 is a pleasant experience. It has a smooth casting arc with just a hint of tip over shoot. The tip dampens quickly and there is no appreciable oscillation. I cast the rod with various lines of 12 feet (plus 3 feet of 5X tippet) and it seems to load best with lines in the #3-3.5 range. A #4 line seems a touch too heavy with the rod griping a smidge. A #2.5 line was pretty manageable but when a slight breeze came up you had to push the rod a little to get the line to fully extend.


I took the rod to a standard mountain stream in my geographical region. I caught trout ranging from 8 inches to 14 inches. The stream gradient this time of year is modest due to lower water levels. It has some deep pools, but mostly pocket water. I used a 12 foot #3 line on the stream; 3 feet of 5X fluorocarbon tippet. 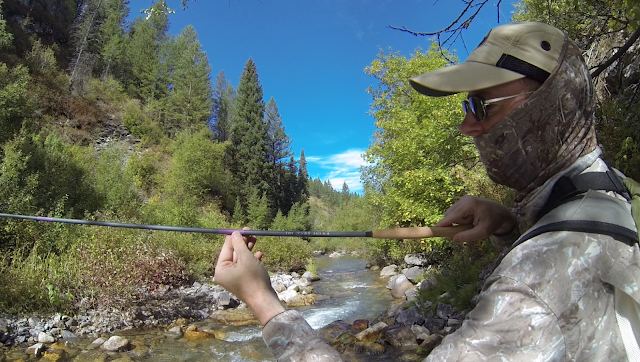 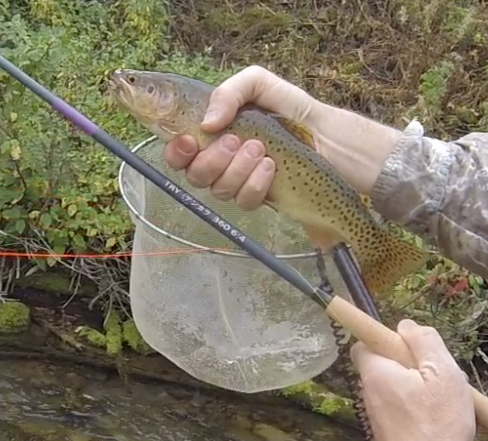 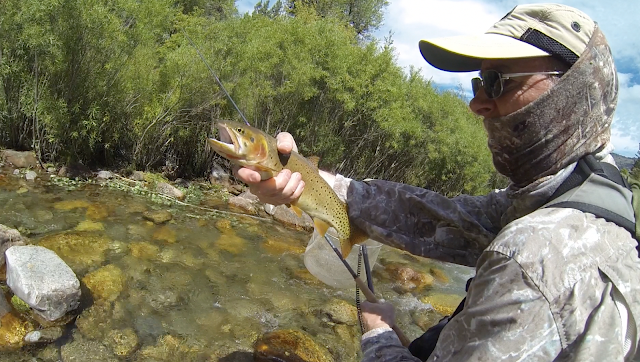 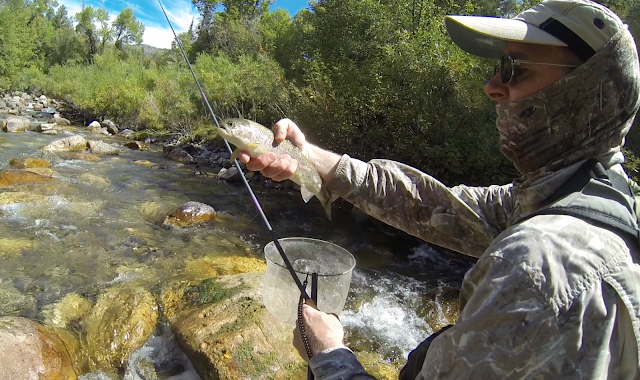 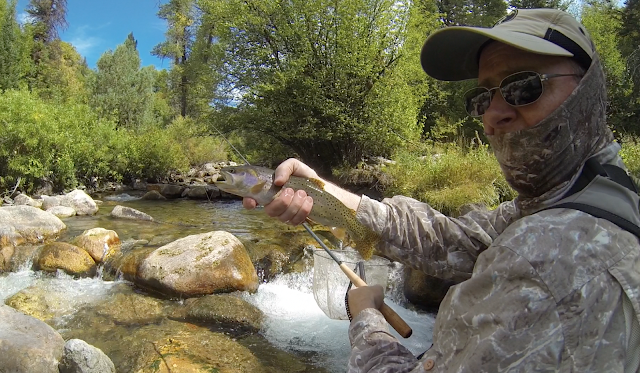 As expected from the initial impression, the rod is balanced wonderfully, even better than the NEXT 360 5:5. No arm fatigue is noticed after many hours of fishing. Targeting is precise; the tip action is crisp but not stiff. Throwing the kebari into small plunge pools or under overhanging limbs was easy accomplished.

Hookups were straight forward, and fighting fish was without issue. I did hook one rainbow that shot upstream so fast the my tippet-hook knot broke but that was not the rods fault. My tippet was worn and I was too lazy to replace it. I did replace it after the rainbow broke off.

Here is a video of the rod in action:

Conclusion: I like this rod. It has a pleasant balance point and hand weight. Even though it did have a slight tendency to gripe with a heavier line, with the #3-3.5 it cast effortlessly. I really like the flat, non-glare finish and I wish more rod manufacturers would incorporate that into their designs.  Sure, the rod won't win any beauty contests, but it's not on the water to look pretty -- It's there to do its job: place the fly where you want it to go. I also really liked the handle shape. For my hand it is very comfortable.

I'm not sure what the name "Try" is supposed to mean. Personally I don't think this rod is designed for beginners, as in "try this rod and see if you like tenkara", there are other rods for that. Rather I like to think that it stands for a try, meaning, a goal or score in rugby (a.k.a., touchdown in American Football). So, with that in mind I think this rod scores big and makes a goal for Tenkara Times! GGGGGOOOOOOOAAAAAAALLLLLLLLLLLLLLLL!!!!!!!

If you would like to "try" this rod, go to the Tenkara Times rod shop. 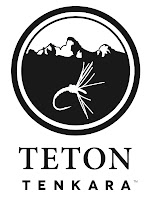