I recently did a rod review on the Tenkara Rod Co. Sawtooth. I found it to be a solid offering for the entry market, but it had a few issues. One of these was that the butt cap didn't have the traditional rubber bumper. This bumper is mainly provided to decrease the rattling of the rod's sections when they are collapsed. My butt cap didn't have this bumper. Come to find out, none of the first release Sawtooth rods had bumpers.

Well, after my review was published, I received an email from Drew Hollenback of the Tenkara Rod Co. He said that he would correct this problem quickly. A few weeks went by and I began hearing from new Sawtooth owners that Tenkara Rod Co had corrected the butt cap.

Then the other day I received a small package in the mail. I opened it only to find a note from Drew and a replacement butt cap -- complete with rubber bumper! 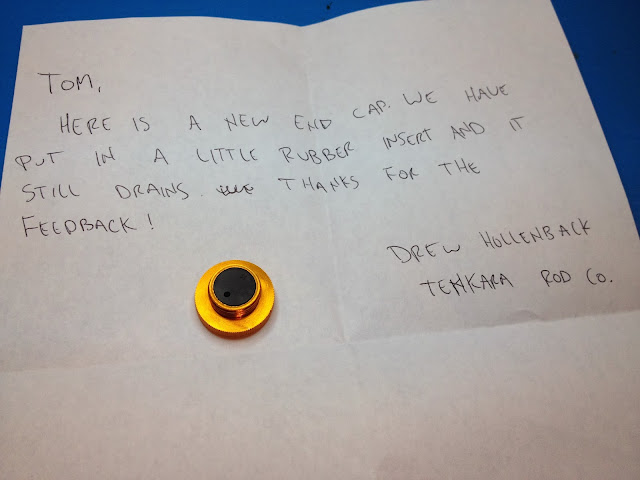 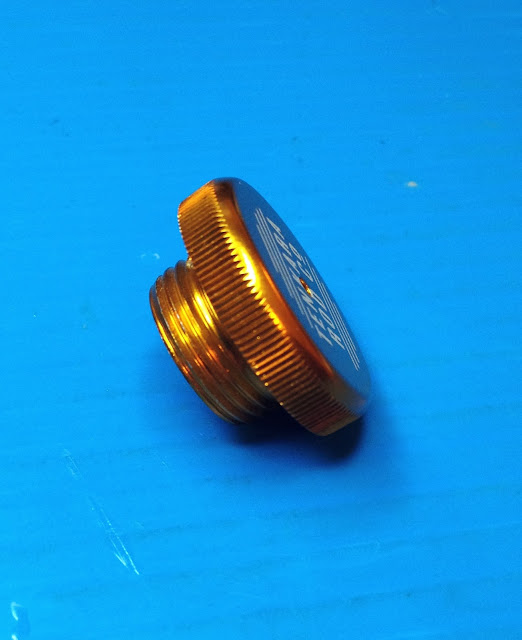 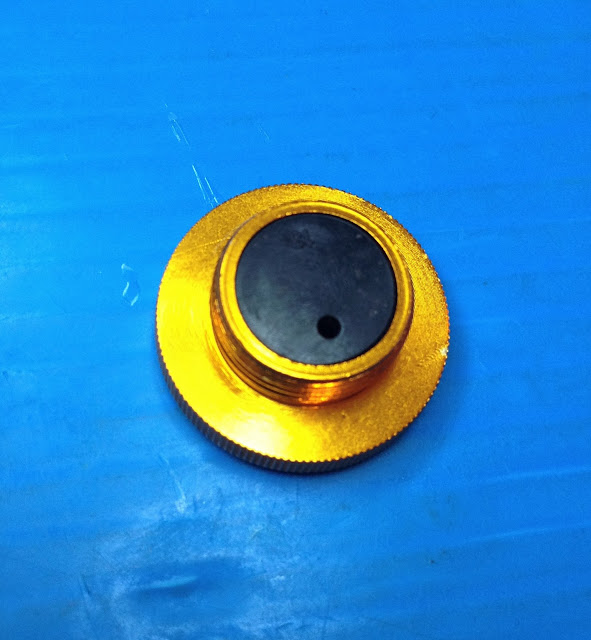 All I can say is that the Tenkara Rod Co. has proven to be responsive to their customers and willing to listen to criticism. More importantly, they are willing to make changes. That is a sign of a good company. I openly applaud them for this. Way to go Tenkara Rod Co.!! 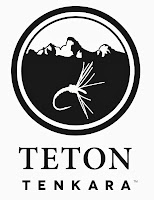