I was able to hit the river on January 31st for a few hours. The temperature inversions have finally let up and the daytime highs are now in the 35-40 degree F range. Just that little rise in air temp has allowed the cruel ice to melt and the make fishing pleasant once again. There is still ice, but it is the friendly ice that hugs the banks; not the cruel ice that floats in the current and adheres to the rocks. 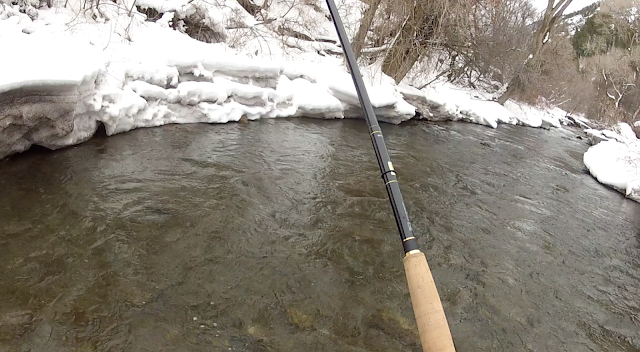 I fished with the Daiwa LT36SF and a #4 level line. I have not done a formal review of that rod (I did include it in my 12 month rod review though) but I should, as it is a beautifully balanced and precise casting instrument. It can also handle fish really well in a brisk current. 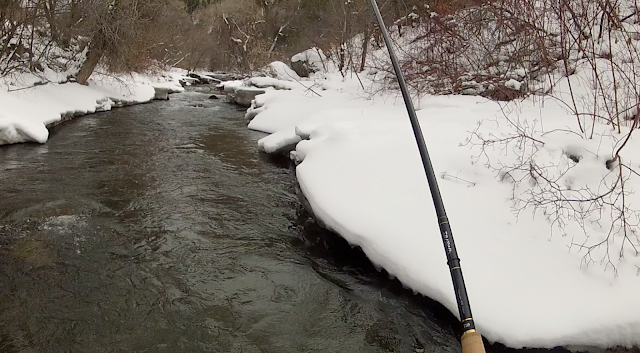 Anyway, I worked my way upstream (which is how a do 90% of my fishing) casting into the likely spots. You know the ones: behind rocks, in front of rocks, current seams, eddies, etc. But since there were ice shelves along the banks, I also cast right against the ice edge so that the fly would float under the shelf. I find that many fish, this time of year, will hold in very shallow water under the ice shelves. I'm sure they love the protection that the ice affords.

The water temperature was 42 degrees F and the fish were moderately active. I fished for three hours and took many Browns, a few Cutthroats, and two Mountain Whitefish. It was a nice time out. I did have to slog a ways through over two feet of snow to get to the water's edge, but it was worth it. I didn't bring my snowshoes which would have made it easier; too much hassle. 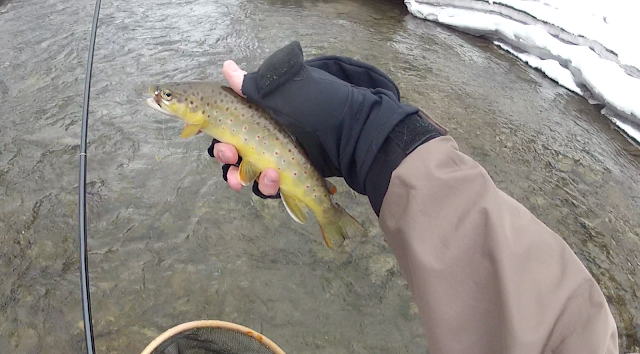 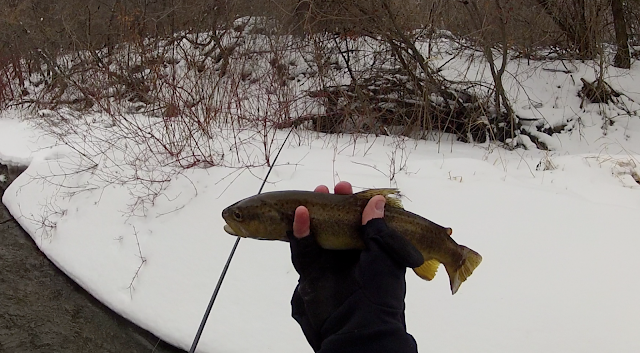 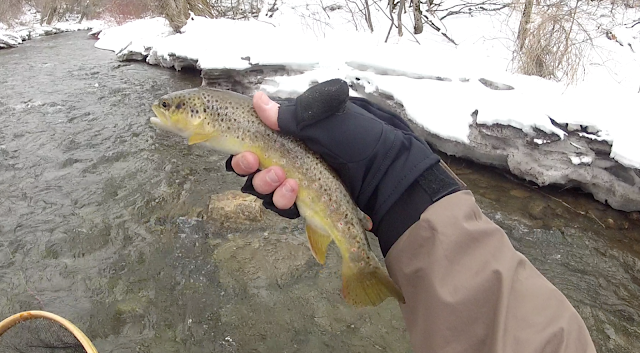 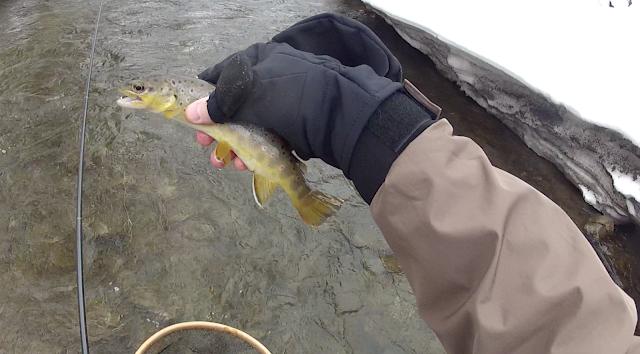 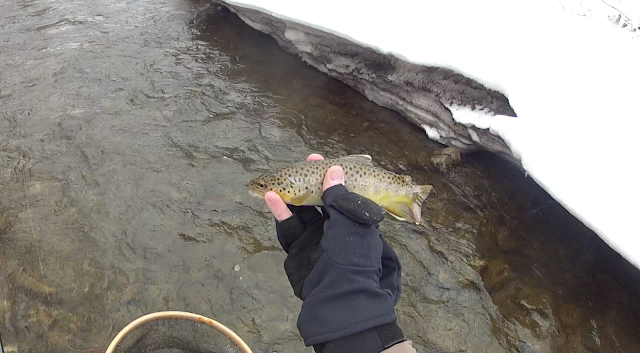 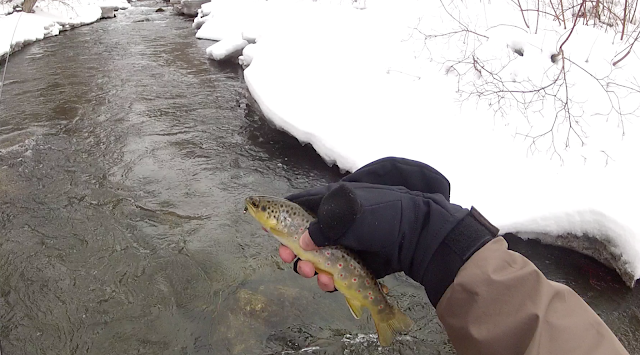 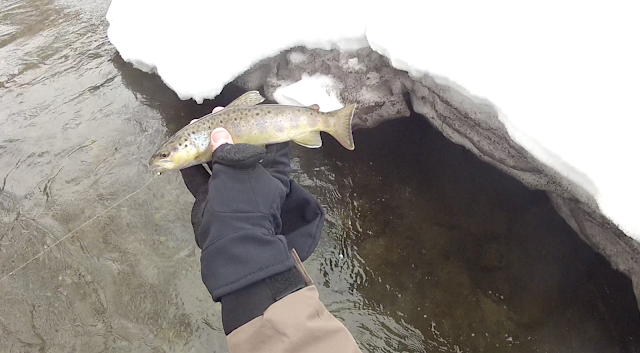 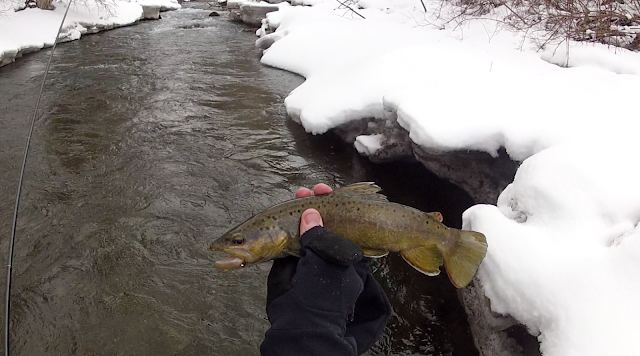 Finally, here is the video of catching these fish.  It was not a big fish day, but it wasn't too bad for a few hours on the water mid-winter!