I recently reviewed the very nice Karasu 360 tenkara rod from Discover Tenkara. I like that rod very much, and so I was very excited to get in the mail its big brother, the Karasu 400. I've had it for a little while and had a chance to fish with it along side comparable rods.

For the sake of brevity I'll not be describing the rod, as it looks exactly like a beefier version of the Karasu 360.  Only the rod designation is different -- reflecting the 400 cm  length. 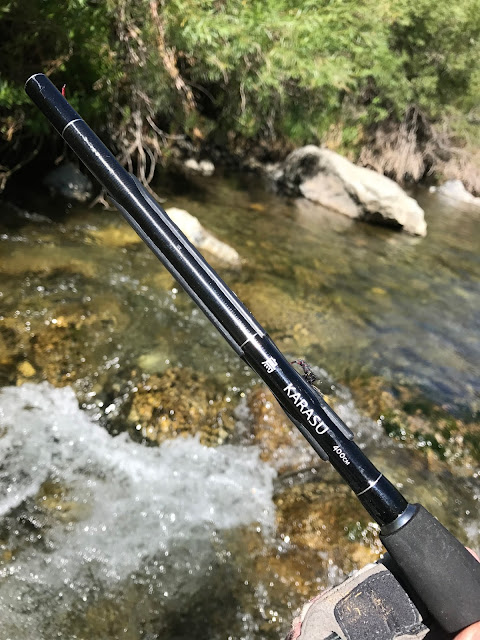 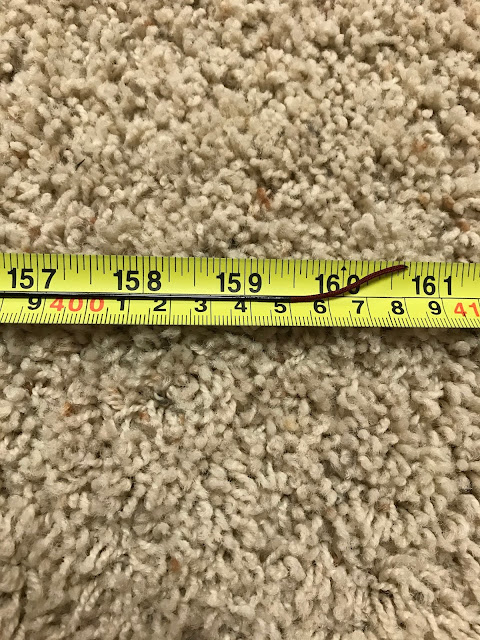 I fished the rod on a mountain stream of moderate gradient. I used a #3 level line that, with tippet, was equal to the extended length of the rod. I used unweighted sakasa kebari as well as beadhead nymphs. I caught trout, browns and rainbows, in the 10-12 inch range.  For comparison, I fished it alongside (same line and flies) the Suntech Suikei TenkaraBum 40 tenkara rod. I chose this rod because it is of the same advertised length and, like the Karasu, was designed by a non-Japanese tenkara angler (but with input from Japanese rod consultants), and is made and marketed in Japan and worldwide. I thought it would be the perfect comparison for the Karasu. 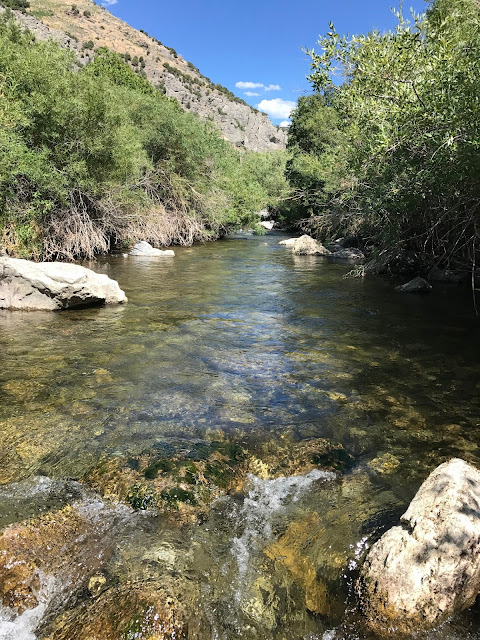 For comparison, here are my measurements for the TB40:

I found the Karasu 400 to be a very nice rod. I really like its overall action and flex profile. The RFI is perfect for my style of tenkara. However, it's noticeably heavier than the TB40. The weight may be an issue for someone like me who has had issues with lateral epicondylitis, AKA, tennis elbow. But more importantly, the Karasu is noticeably more tip heavy than the TB40, despite its good overall balance. With a rotational moment of 7 it has more inertia or swing weight than the TB40, which has a rotational moment of only 5.5. Any number over 6 and the rod feels tip heavy; the larger the number, the more tip heavy. Likewise, the larger the number also means more stress on your forearm and more chance of micro-tears being induced in the extensor tendon with repeated use.

Linear and rotational dampening is quite good for the Karasu 400, but it takes longer to settle down than the TB40. I wanted to make sure I was seeing this correctly (as dampening seems to be a large part of Discover Tenkara's selling point for this rod) so I got some independent, impartial observers to help. They both agreed that the dampening was faster with the TB40. The Karasu still dampens quite quickly, however. 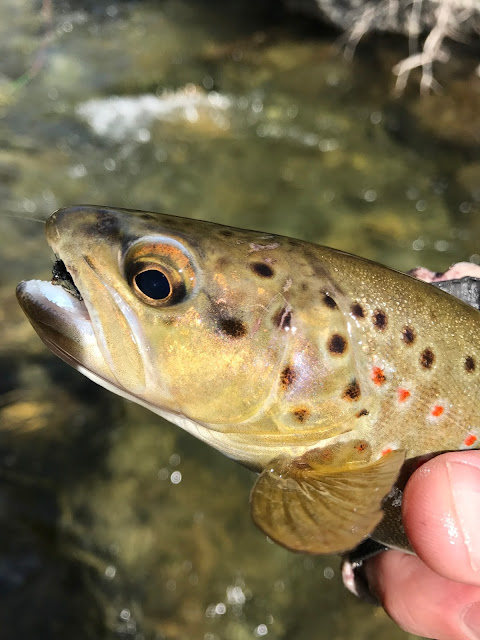 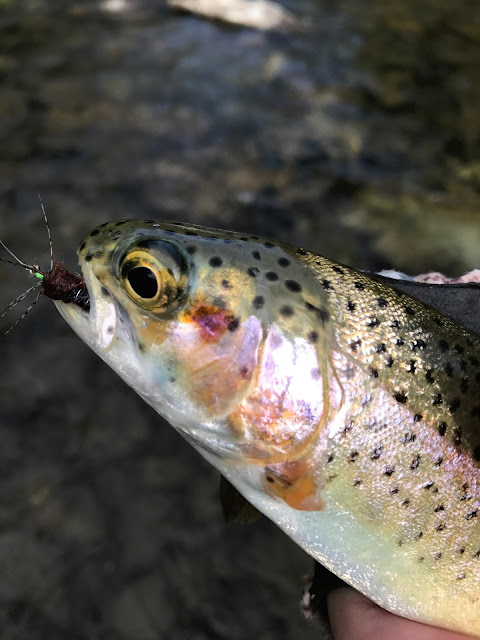 Both rods cast beautifully, with finesse and precision. Both rods handled unweighted and weighted flies equally well. Both rods exhibit the paragon of quality fit, finish and manufacturing expertise. And both rods easily handled any and all of the trout that I caught (but I certainly didn't catch any "monsters"). In short, both rods, the Karasu 400 being the topic of this review, are excellent rods.

I don't know how either rod handles trout over 18 inches in fast current flow, as I didn't catch any the days I had the Karasu. I'm sure that the Karasu 400 would be up to the challenge, however.

Conclusion: This is a very nice rod. I will say that the heavier weight and higher rotational moment are deal breakers for me -- as I has already stated that my arm would not be able to take hours of fishing with the Karasu 400. But as for you, I think the Karasu 400 is a very nice rod that deserves consideration if you're looking for a 400 cm tenkara rod. I personally like the Karasu 360 better; it dampens better than the 400 and it's (of course) lighter.

Have I bit the bullet and laid down the cash for either of the Karasu rods? No. I have other rods that are just as good IMO. Maybe some day after the rod gets a second generation tweak to make it lighter and less tip heavy -- we'll see. I'm a sucker for a well designed/made tenkara rod.

Think the Karasu 400 is the right rod for you, or you want to prove me wrong in my assessment of the rod? Then buy one . I'm pretty sure you'll be happy with this rod.

Disclaimer: My opinion regarding this rod is just that, my opinion. Your opinion may differ.  Also, your rod may not have the same length, issues, or functionality as my rod. There are variations between rods, even in the same production run. No description can fully tell you how a rod feels or fishes. For this, you must personally hold, cast, and fish the rod then make up your own mind.
I received no revenue or enticement from Discover Tenkara for a favorable review of their products. I was loaned the Karasu 400 and returned it after this review. 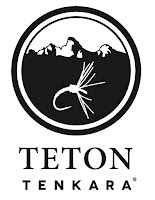