It finally stopped snowing and blowing, and I was able to hit the river again. I decided to go to a river close to home to see what I could entice with a fly. I had full intent to use a kebari and tenkara techniques, but there was a steady breeze that kept me from getting my drifts the way I wanted them, so I gave in and changed to contact nymphing. This is easier to do in a steady breeze.

At first I used a Higa's S.O.S. as a single fly, and although I did have success, I changed over to a double nymph rig with a dropper and point fly. I used a Synthetic Prince as the dropper and the S.O.S. as the point fly. Both were tungsten bead heads, and the extra weight help me get the fly down deeper than I was getting with just a single fly. 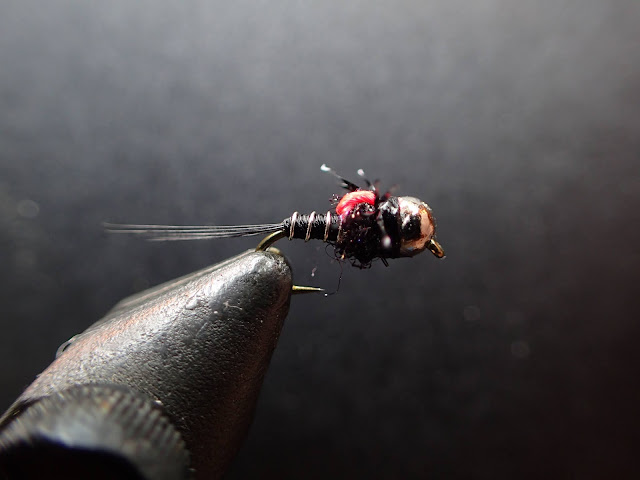 Higa's S.O.S., size #18
After getting dialed in, I caught some really nice fish. The largest was about 18 inches, but since I didn't bring a net I didn't get to reliably measure him. The air temperature was 24°F. and I didn't bring a net on purpose, as I didn't want to handle any fish I caught and run the risk of lifting out of the water. I used the Ketchum Release tool instead. 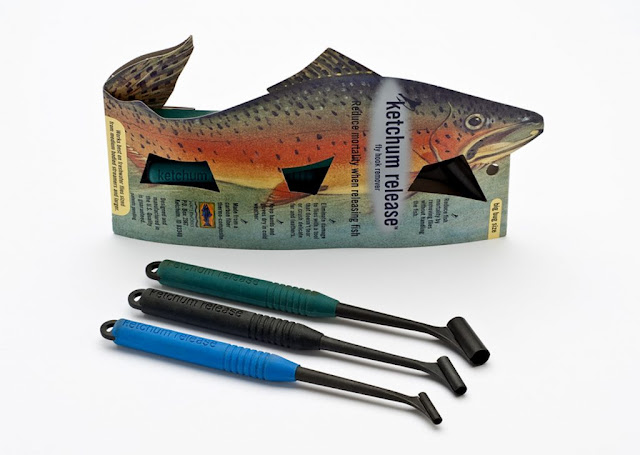 Anyway, here's a video a some of the fish. There were others, but they were small (8-9 inches) and there wasn't enough time to show them all. 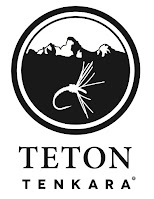