Rumination Syndrome: Rumination syndrome is a condition in which people repeatedly and unintentionally spit up (regurgitate) undigested food from the stomach, rechew it, and then either reswallow the food or spit it out. (Ref) 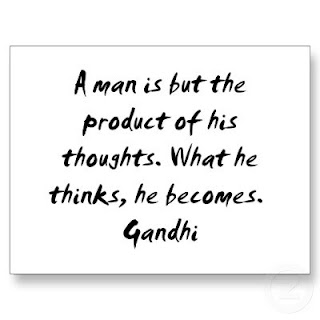 Recently there has been another flurry of online discussions regarding "what is tenkara" -- so called tenkara-definition rumination syndrome. You may (or may not) have noticed that I have not contributed to this most recent discussion. This is for a few reasons that I will try to illustrate here.

I have come to conclusion that my definition of tenkara is possibly not your definition of tenkara. For that matter, I'm not so sure that they have to be the same. When I was western fly fishing I used carbon composite Sage rods, St. Criox rods, Grey's rods and a few rods I made myself. No one questioned if I was actually fly fishing just because they looked differently.  I used a standard arbor reel instead of a large arbor reel. I used dries when I felt like it, nymphs when I felt like it, streamers and wets on occasion. I even used flies tied with sparkly synthetic material, plastic shell coverings, and even pink plastic beads which pass for trout eggs.  Dare I say I fly fished with plastic bobbers (indicators), lead weights (split shot) and PVC line. Still, no one ever told me or questioned if I was fly fishing. I fly fished for trout, sunfish, steelhead, salmon, bass, whitefish, carp, etc... I fished brooks, creeks, streams, rivers, ponds, lakes, etc... I've even Spey fly fished! And still, NO ONE EVER questioned if I was really fly fishing. Why, because even a Neanderthal knew I was fly fishing!

Why do I confess all of this? Well, mainly because now I wonder if I was really fly fishing? After this recent go around about the definition of tenkara I really wonder if I was ACTUALLY fly fishing all those years? My grandfather was an old time classical fly fisherman. He mainly fished the waters of Utah, particularity the Provo. He used a bamboo rod, an old reel with a rudimentary click drag, silk line, and ugly wet flies. I never saw him use a synthetic material, a split shot, an indicator. He caught more trout than I will likely ever catch. Trout feared him, because he ate every fish he caught. I never saw him use a dry fly. He thought that was not fly fishing. Fly fishing to him was wet flies, and ONLY wet flies. So if that is fly fishing, I have let my Grandpa down, I have dishonored the name of Davis. I will go to fly fishing hell to be tormented for eternity.

As far as tenkara, I apparently have not learned my lesson. I am a repeat offender. I have fished with multiple different brands of carbon fiber telescoping fixed line rods -- all have a lilian, does that count? I have fished with furled lines (none of which are made from horse hair), modern fluorocarbon line and yes, even PVC. I use dries, nymphs, wets -- including those funny looking sakasa kebari, and streamers. I fished for trout, but also sunfish, bass, carp, etc.... I even use more than one fly on occasion. Uh oh, looks like I'm going to tenkara hell too!!  Well, fly fishing hell and tenkara hell are just going to have to share me, that all there is too it.

If you read this blog then you know that I usually practice modern, American, western, international, non-Japanese style, hybridized tenkara. However, I mostly use One rod, One line and One fly - no reel. I even fish with a sakasa kebari, when I want to. Despite this confession, I feel that I FISH TENKARA. Like Ghandi implied: I think I am tenkara fishing therefore I am tenkara fishing! Tenkara is as tenkara does. That is my definition.

This weekend I was fishing the Big Wood River, near Ketchum, Idaho. I made the mistake of fishing under an old railroad bridge that is now used for a year round walking path. As I was fishing a guy stopped right above me and tried to point out where I should be casting. After a short while he noticed I didn't have a reel. He asked: "Dude, where's your reel?"  I answered, " I don't fish with one anymore". He said, "is that that new Japanese fly fishing, what's it called....?" I answered, " Yes, tenkara.  It's called tenkara."  He said enthusiastically, "Cool!! I've read about it and I want to try it!" We then talked for a while during which I proclaimed how wonderful tenkara has been for me.  What I didn't do is explain that what he saw me doing was, according to some, not actually tenkara but some basterized version of fixed line fishing, because I had on two beadhead nymphs! Was I supposed to pop his bubble by reciting to him the definition of tenkara ? He seemed throughly excited to try tenkara. I for one was not going to diswade him! 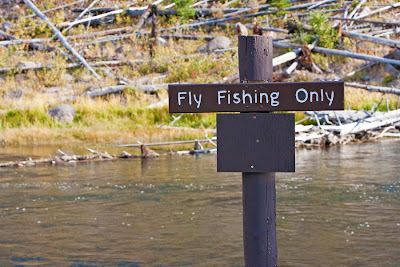 I fully support Daniel and Tenkara USA. I support Jason and Tenkara Talk. I support Adam and the forum at Tenkara-fisher.com. They are great advocates for our sport.  Personally, I hold to a somewhat alternate but complimentary version and vision of tenkara. I fall on the Chris Stewart and the ten-colors of tenkara side of the argument. I think in 10 years we will look back and blushingly admit that we were just ruminating; not helping the tenkara vision by trying to rigidly define it here as it seems to be defined in Japan -- they have different rivers, different fish, and a different sports fishing paradigm than we have in America. With some calling for tenkara to be banned on "Fly Fishing Only" waters, we as tenkara fishers have bigger challenges to our sport than to be constantly arguing among ourselves. We are only as strong as we are united, only as weak as we are divided.