I was on the water today for about 5 hours. The morning started out above freezing, which was a good sign, then light snow flurries came in around 1 pm.

My goal for today was to try to video fishing from two different points of view (POV). As you know, I frequently wear a GoPro Hero2 on my head to show you my POV when fishing, but for sometime now I have been wanting to try to video my fishing from a "not on person" POV. The other day I received a GoPro Hero3 black edition. This camera holds the promise of videoing from a distance since it has a remote control. Since I fish alone I need someway to place a camera and turn it on from a distance.


I set up the Hero3 just upstream from where I planned on fishing. This was a challenge on the river I chose to fish since there is a steep bank and a lot of vegetation. The first position was at creekside on a thick slab of ice. This worked well. The second position was in the river; I had to use a 2.5 pound  weight to keep the tripod still.

Since the Hero3 doesn't have a view finder or LCD screen you can't tell where it is pointing. However, the Hero3 has its own wifi network and with a free app you can connect to it to your smart phone and see where the camera is pointing. The app I use is on my iPhone. This is nice for setup but the wifi only reaches about 25 feet or so.

The other thing I learned is that the Hero3 has a very short battery life. Videoing lasted only about 40 minutes. That's pretty poor. Also, the available field of view settings are made for action videoing, not fishing. This camera does not have a zoom lens so I look pretty small on the playback. I had to crop the final video clips, which clipping induces graininess.

Anyway, I did fish and catch some browns. I was hoping for some cutthroat but none today. Here are some of the fish. 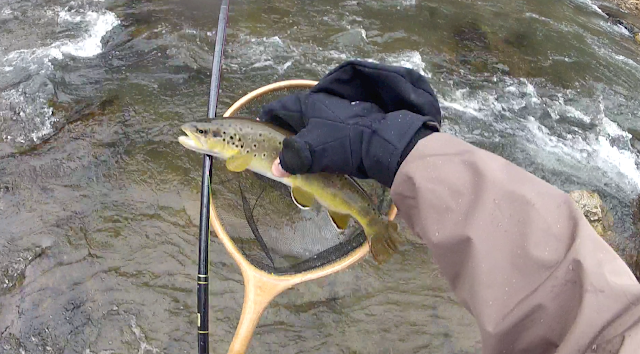 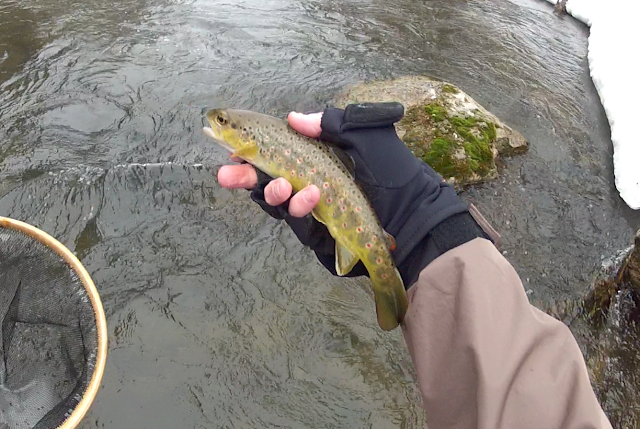 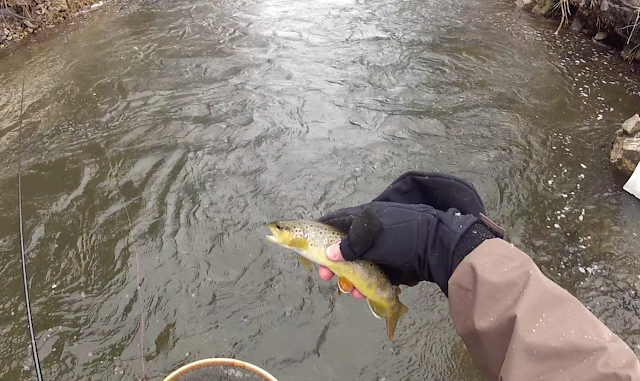 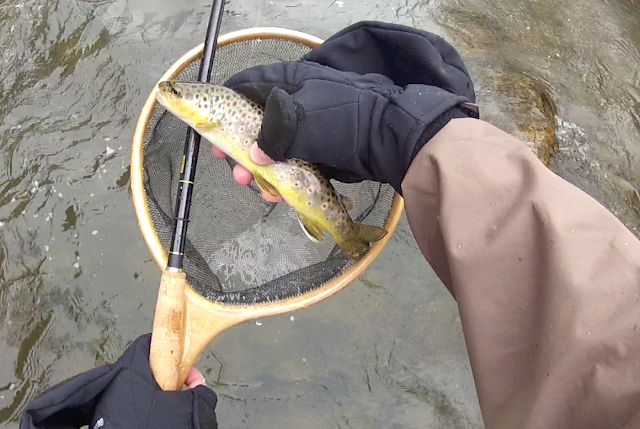 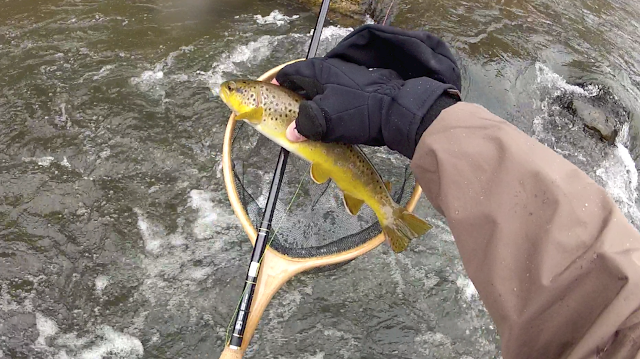 I then went upstream a few miles to fish a section of the river that I have never tried before. It looked promising, but I only caught small browns (8 inches). I did land an 16 inch Mountain Whitefish though.


I'll keep trying to record better video, but I need to make some changes, obviously.

Here is a video of the trip: