The Wind Requires a Change of Plans...

The other day I went to the river to do some tenkara.  Over the past few weeks the air temps have been too low or the wind has been too strong to allow comfortable fishing so I've been taking it easy. The other day the highs were 35 degrees F so I decided to head out.

The problem was that although the air temps were good, the wind was blowing a steady 12-15 mph, with gusts into the high teens. I arrived at the water only to be blown around so much that I was having trouble following my line. After about an hour I decided to leave.

As I was getting into my car the thought came to me to try a small spring creek that I had scouted last winter but had never got time to fish. It wasn't too far from where I was at so I decided to go give it a try. I remembered that this little creek was protected from wind by trees and some rock outcroppings along a portion of its course. I was in the area so I drove to its locale.

This creek is only about 3.5 feet wide as it flows through sage brush flats. When it enters some trees it widens some due to beaver activity. One thing I remembered was that the water was very clear and the fish scattered quickly if you approached too closely. When I arrived this was all reenforced, only now there were eddies of wind swirling around! Nonetheless, I rigged up and cautiously made my first casts. I had no idea if the fish would cooperate, or if there even were any fish in this reach of the stream, but on my third cast I had a hit. Within a few minuted I hooked my first trout, a small native cutthroat. Because I was standing well back from the stream edge, so not to scare any fish, as I lift that little trout out he got caught on some weeds. I had to hurry over and detangle him from the snag then get him back in the water. 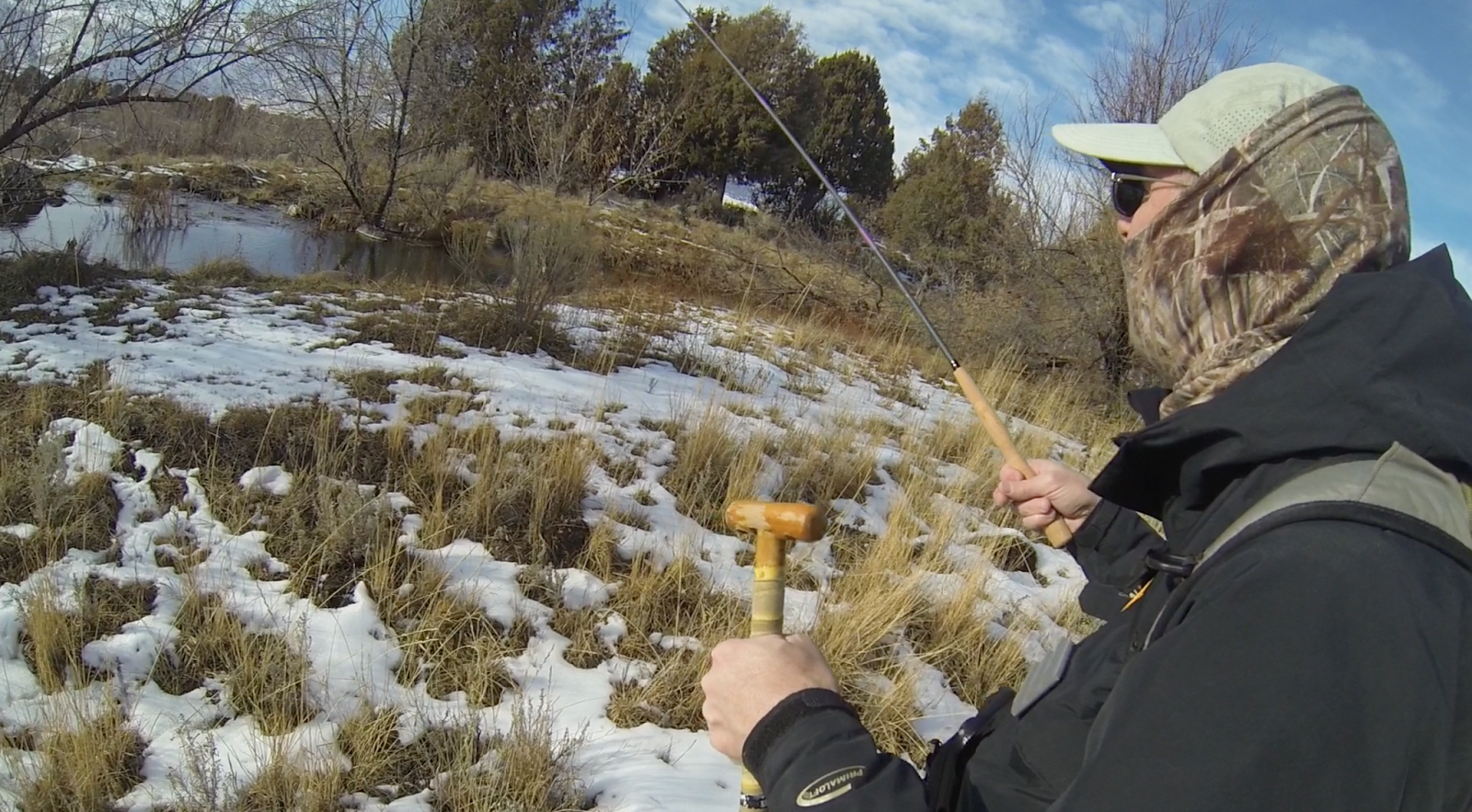 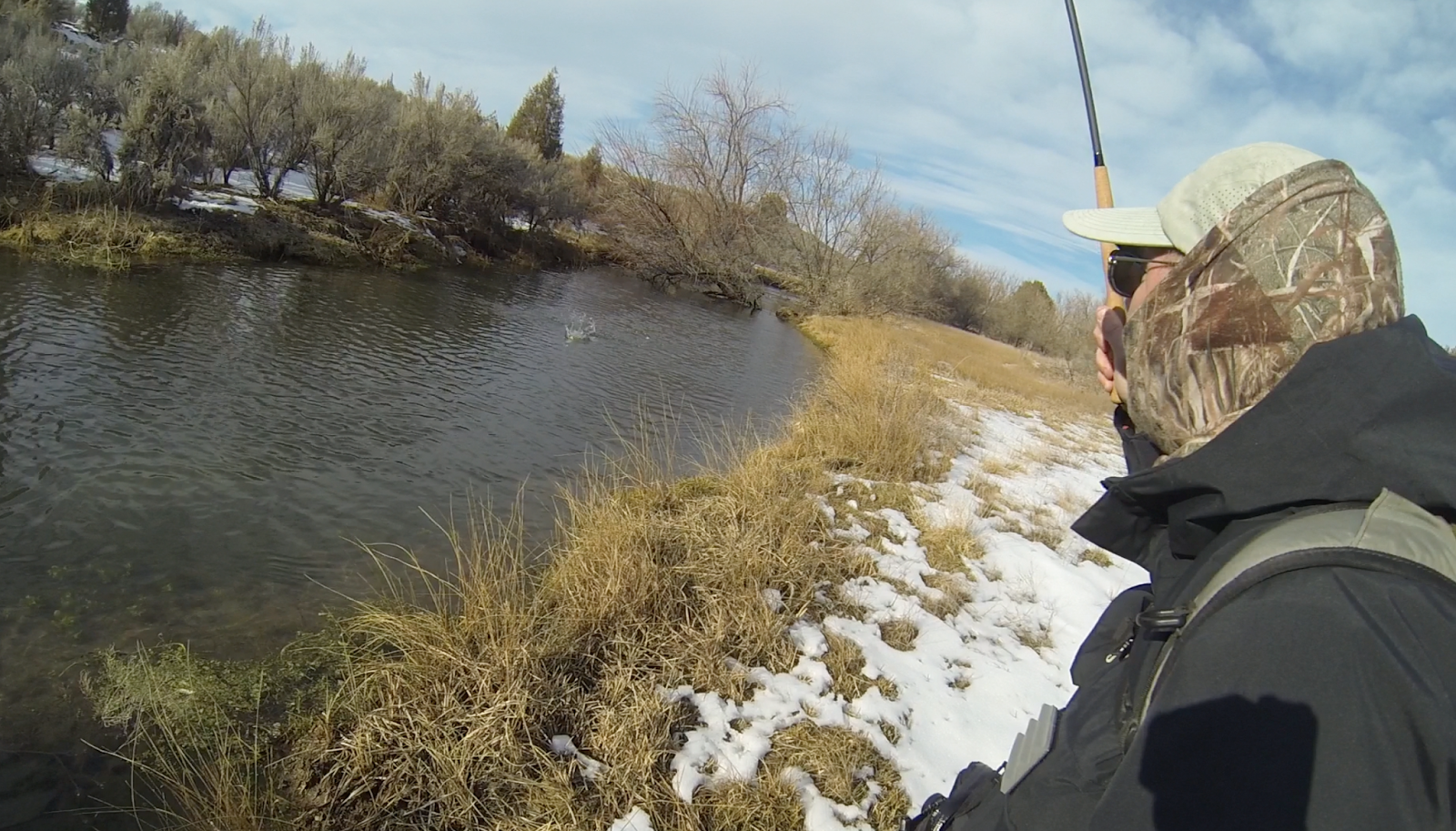 After that, I worked my way upstream. I fished mostly on my knees to keep a low profile. I was able to take a number of fish -- all native cutthroat.  None of them were very large, but they saved the day and I was pleased to know that fish were actually in this small isolated stream. 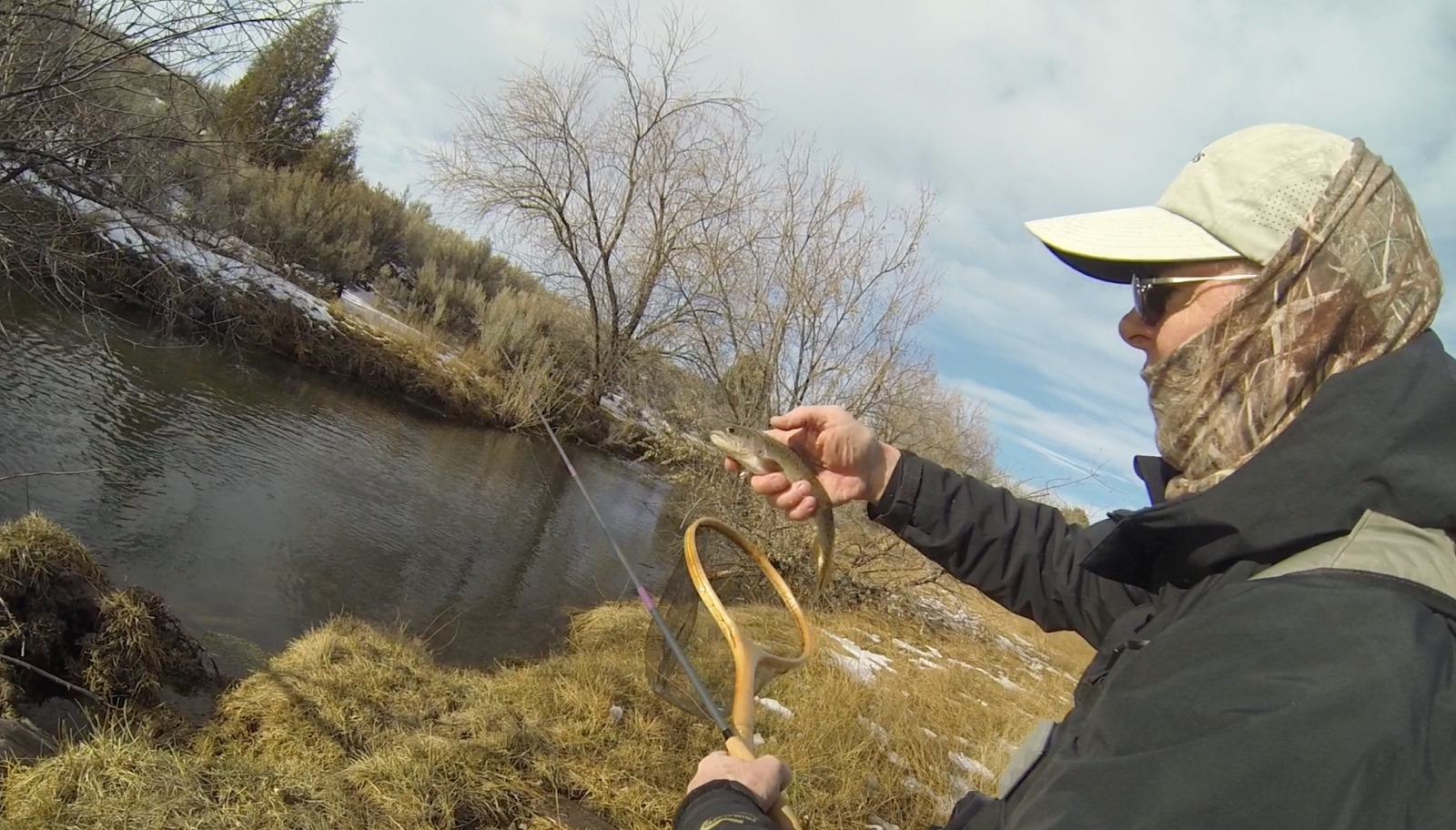 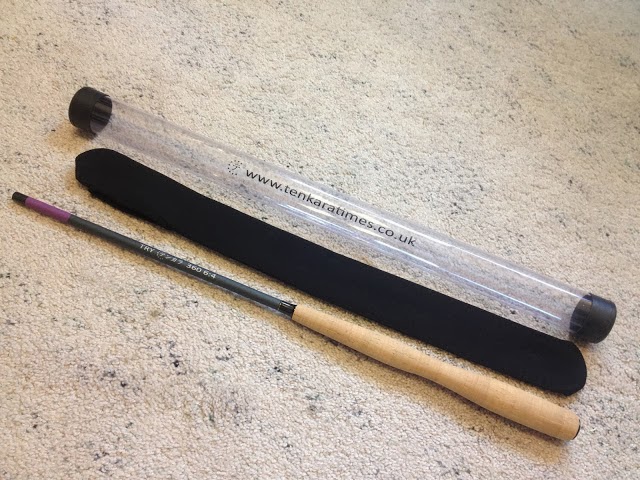 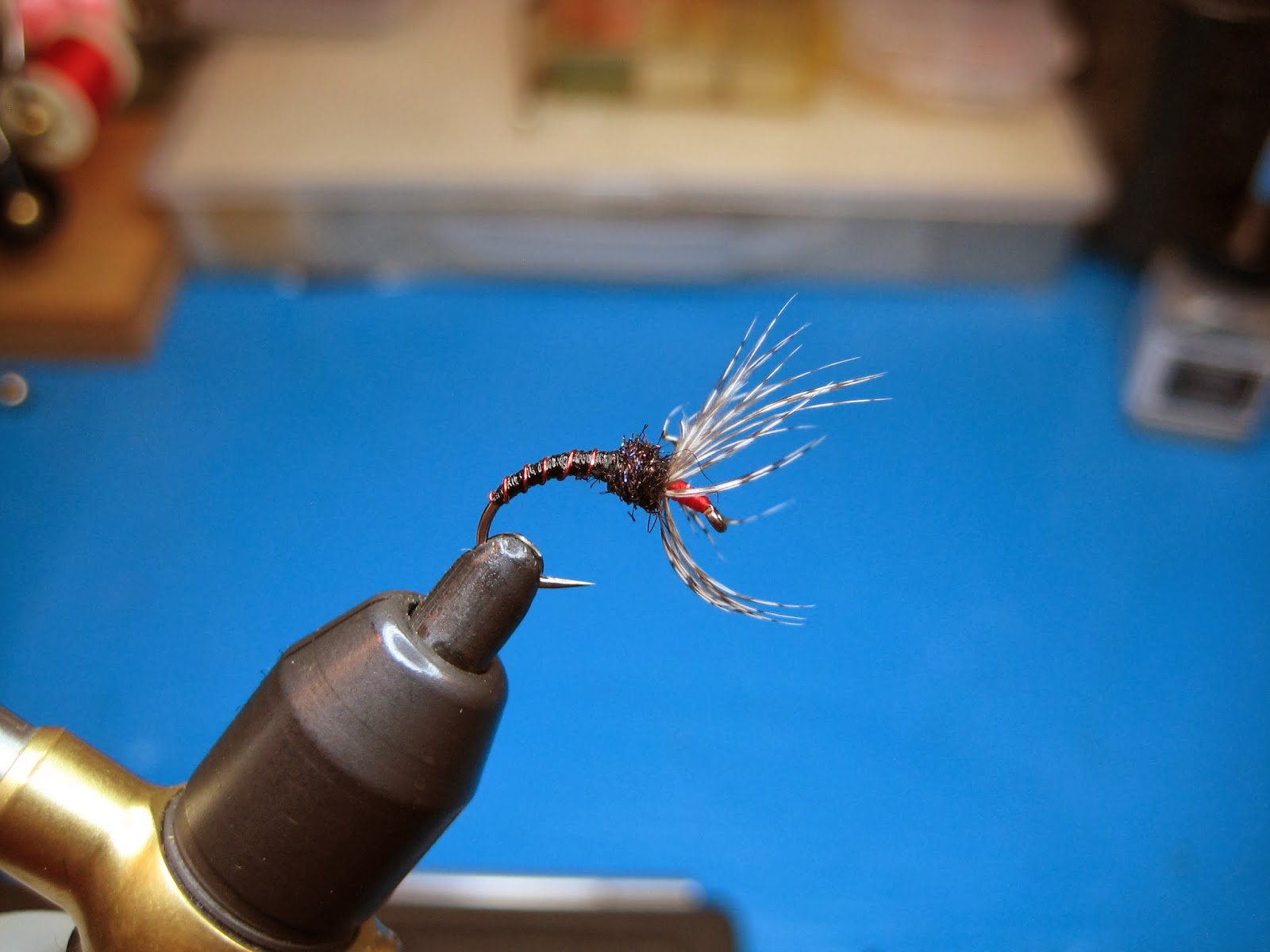 Here is a video of the outing. It was a short but fun day. 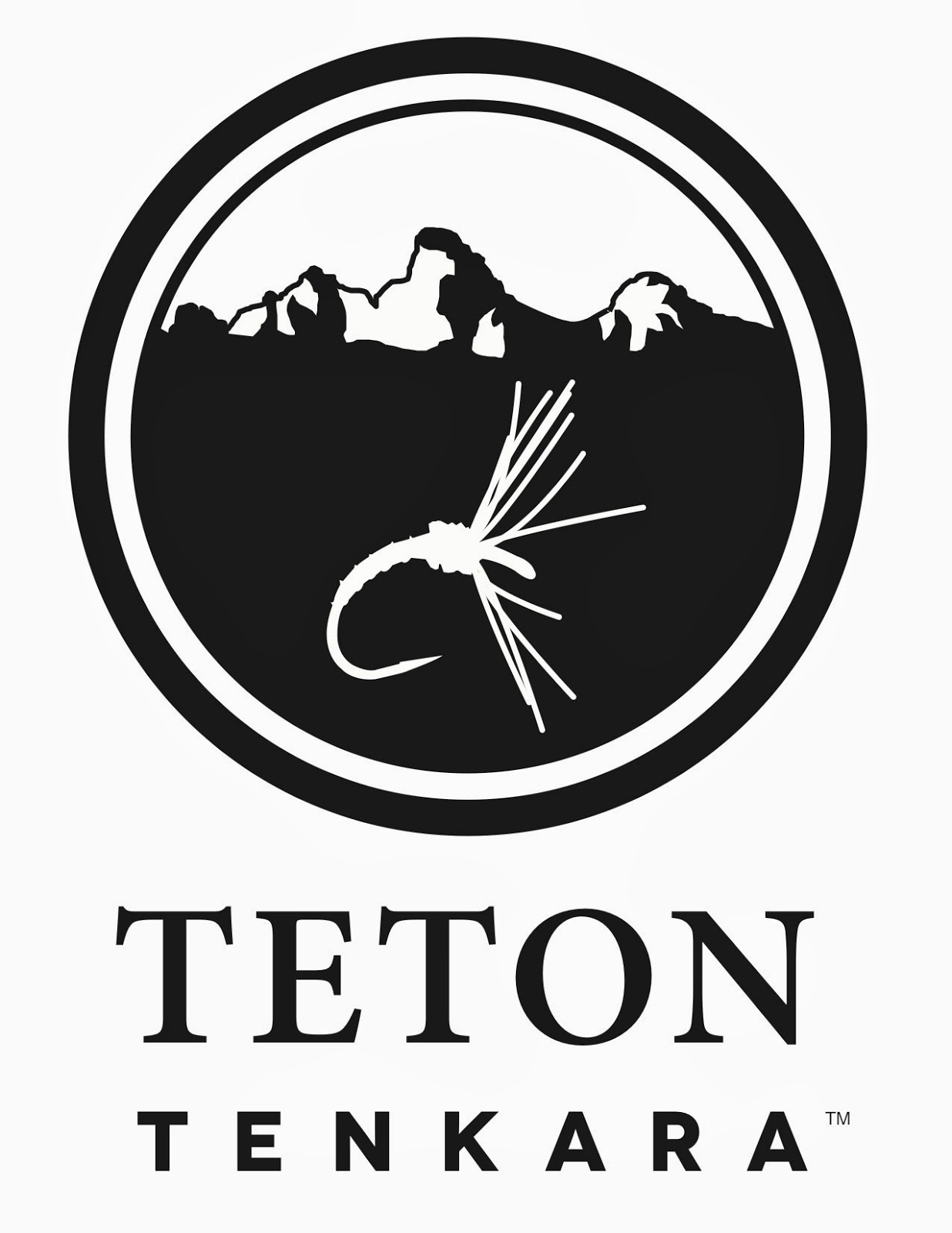