Yesterday I went back to the river, but earlier in the day than I fished a few days ago. The sun was out and I wanted to see if I could get into some fish despite the chance of scaring them. There was a little breeze, but it wasn't too bad -- it actually felt nice. The air temperature was 68 degrees and the water was 48 degrees.

The fish accommodated me really well. I fished for about 1.5 hours this time and took rainbows, browns and one nice mountain whitefish. I used the TB 40 again matched with a #2.5 level line. I did lengthen the tippet somewhat and I think this helped keep from scaring the fish off.

The highway was active -- lots of cars and semi's, but being down in the river was really pleasant and I didn't hear them (too) much.

It was a successful sortie. I was very pleased with the outcome. I took pictures with my iPhone (which is a pain) so I only took pictures of a few of them -- here they are: 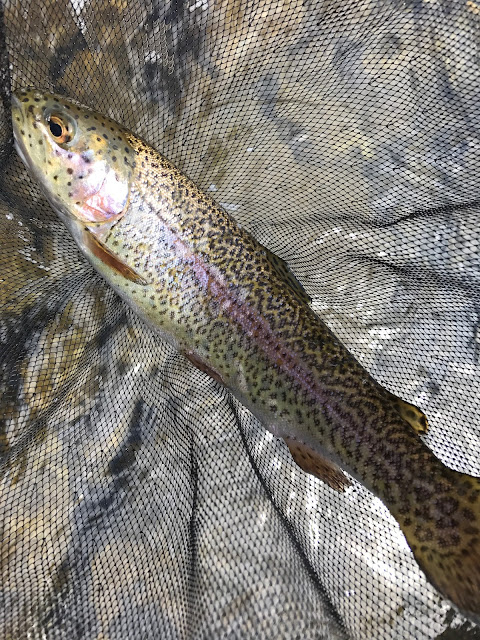 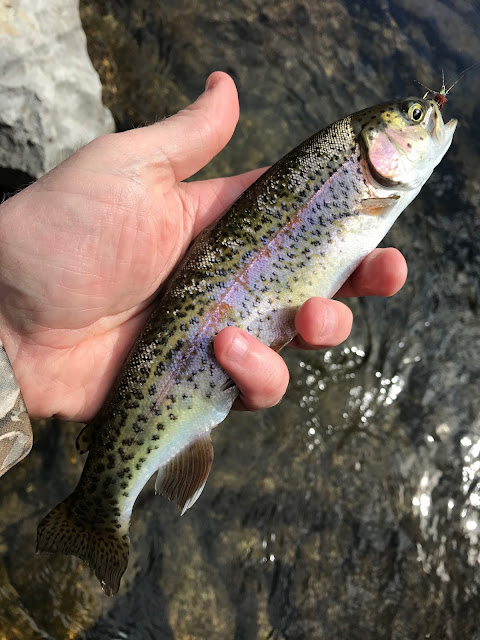 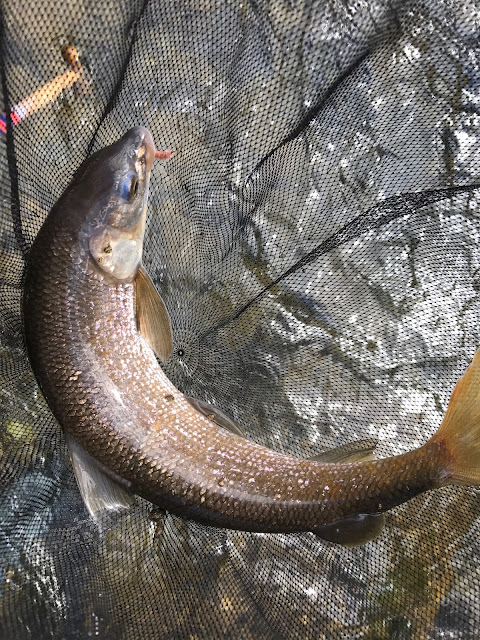 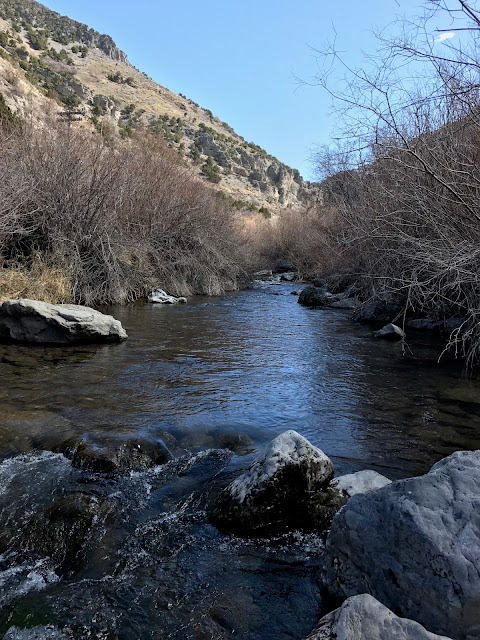 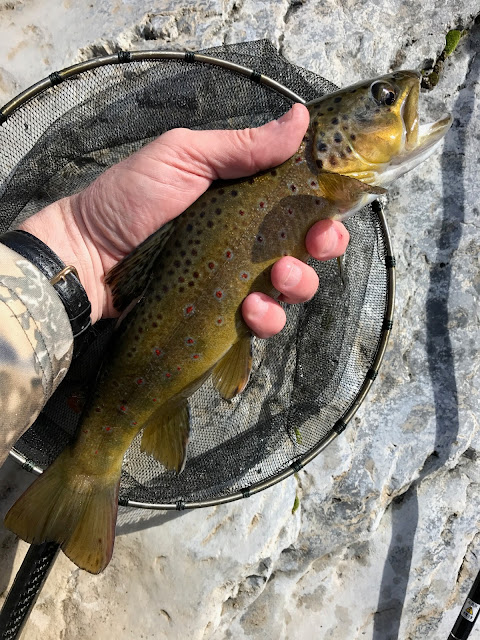 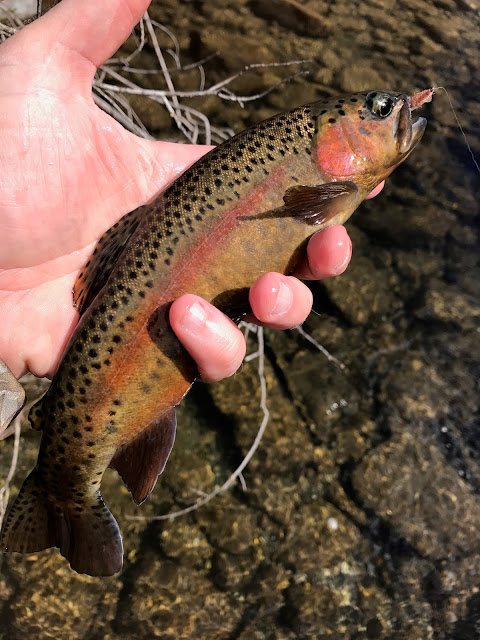 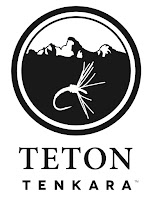