I received my Sawtooth tenkara rod today from the Tenkara Rod Company. My rod came as part of the Sawtooth Package: rod, line, flies and line holder. I purchased this package though Kickstarter and I was excited to see another Idaho based tenkara company's product firsthand.

The Tenkara Rod Company is a new tenkara startup based out of Boise, Idaho. Boise is on the other side of the state from me so I don't get over there very often -- maybe once a year, if I have to. I however, saw that Tenkara Rod Co. had a Kickstarter project going and so I decided to "invest" and purchase one of their first rods. I wasn't the only one to do this, as their Kickstarter project reached its goal in record time.

The rod package came via USPS in a crush resistant mailing tube. Included was a Sawtooth 360 cm 5:5 rod, rod tube, rod sleeve, 10.5 foot furled line, three kebari-style flies in a plastic case, and a 70mm Meiho line holder.  The rod tube and sleeve are stylishly done in black with the company name and logo. 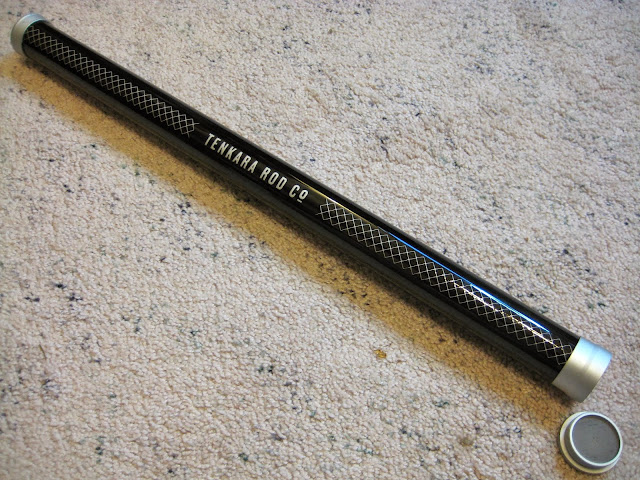 The rod is handsome, especially for what I would consider an entry level rod. I don't know exactly who designed the rod but aesthetics was important to that person. The Sawtooth doesn't look like any other rod I own. It has 9 sections (includes handle section), with every other section alternating between dark and light brown coloration. The finish is glossy and well done, with no obvious defects. The handle section has the company name, rod name, and fish motif on it. It looks very professionally done with the typography and overall layout being executed by a style conscience graphic designer. That in and of itself is not usual for an entry level rod. 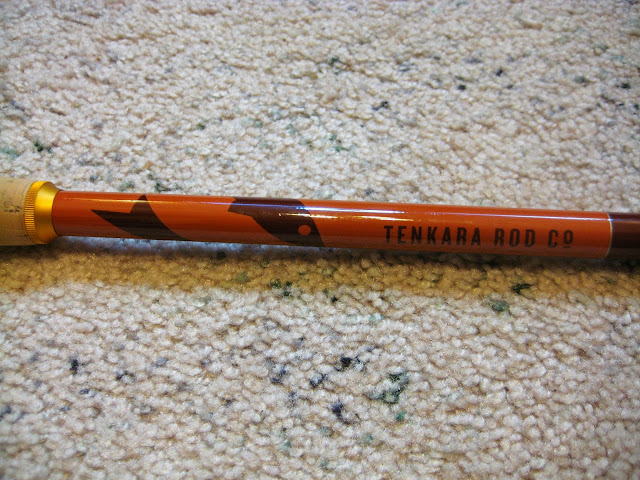 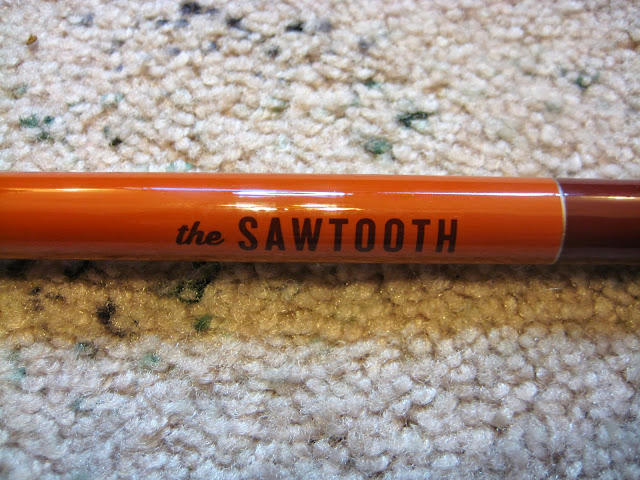 The handle is cork, of moderate quality -- there is a lot of filler and some irregular surfaces. The shape is the standard reverse half-wells style so popular to this level of rod. Although I'm not a fan of this shape on tenkara rods, this handle does fit my hand better than some tenkara rods with similarly shaped handles. The handle is 28 cm long. There is a gap between the cork and the female portion of the butt cap. This could have been executed better by just adding a little epoxy to fill in that gap. The winding check is golden metal with knurling (I have not seen this with a winding check, but it seems to work aesthetically).


The 1st or tip section is solid and the dark brown lilian is attached via a micro-swivel; again, another nice amenity not usual (but not unheard of) in an entry level rod. The lilian is without a terminal knot but is long enough for you to tie on in if you so desired. Also, it is a little frayed on the end -- I corrected this with a quick touch of a lit match. Of note, the epoxy which attaches the lilian to the tip is thick enough that section 1 can't be withdrawn through section 2. Personally, I like a rod that disassembles completely to aid in cleaning and drying. 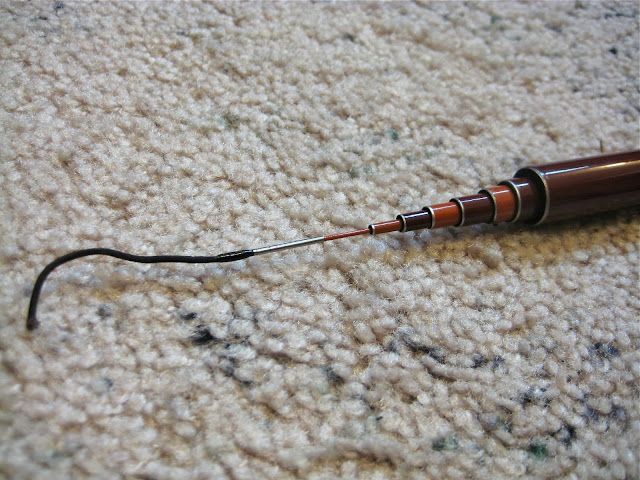 The tip plug is wood with rubber insert. It fits snugly. There is no fluting so to allow it to be inserted when the line is still attached to the lilian.  The butt cap is gold (anodized) metal and has the company's name on the outside. Fine knurling aids in its removal. There is a center drain hole. Of note is that is not a rubber damping plug on the inside of the butt cap.  This seems to be an overlooked item in a rod that has such thought out design aesthetics. In addition to allowing the collapsed sections to rattle, since the drainage hole is centrally located it allows the butt of section 1 (the tip section) to poke through (see image below)! I can see this predisposing this small part of section 1 to break. The hole should be offset from center, or better yet, a rubber insert should be installed on the inside of the butt cap to prevent this from happening. I have already fixed mine with some closed cell foam I had on hand. 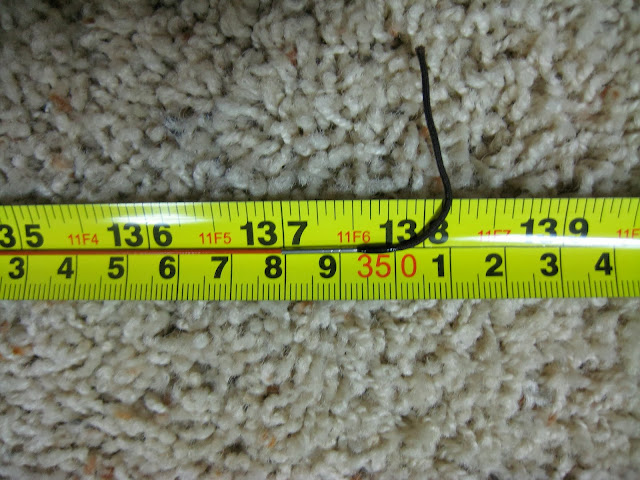 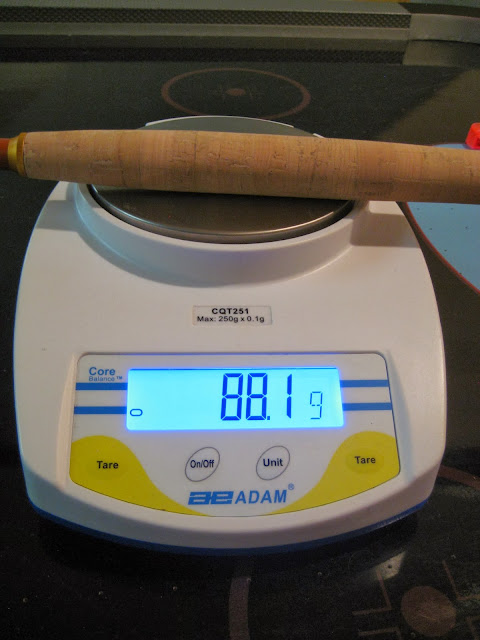 Casting the rod is easy. As predicted by the CCS and RFI, this rod does not cast like a more traditional 5:5 rod; it is stiffer than that. Rather, it casts like a 6:4. I compared it to some other 6:4 rods that I have and the Sawtooth is stiffer, or faster in action, than they were. This again reinforces the point that you can't just go by a rods flex point designation, you must measure the rod. The rod has some tip oscillation at the end of the cast, but not more than you'd expect from an entry level rod. Also, the rod is slightly tip heavy but not too bad.

Since I use level lines mainly, I tested the rod with #3, #3.5 and #4 fluorocarbon lines and an unweighted fly. The rod cast each of these lines easily, but it loaded best with the #4. That should not come as a surprise, since the rod has a higher RFI number. I always felt that my Iwana 12' cast best with a #4 line as well.

I wanted to get the Sawtooth onto the stream this week, but an illness has laid me up. Hopefully next week I'll be able to get some "on the water" performance data for you. But, what I see so far is that the Sawtooth would be a good entry rod. It has some really nice artistic aesthetics, but unfortunately it also has some surprising weaknesses, such as the less than good quality cork, the poor fit of the cork at the butt end of the handle, and the lack of a rubber bumper insert inside the butt cap.  From its looks, I think I can fairly say that we should expect better of this rod. That said, I'm sure these issues could be easily corrected in the next run of this rod. I don't personally know the owner/founders of the Tenkara Rod Co., but from their attention to detail on their website design and aesthetics of the rod, I bet they will fix these few things. I guess we shall see.

Coming up..... part two: stream side performance of the Tenkara Rod Co. Sawtooth. 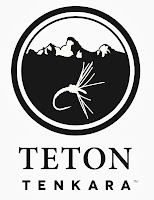